Bridgeport was able to overcome a slow start earlier this week against Liberty. On Wednesday against Lincoln, a slow start to the second half was too much for the Indians.
The result was a 1-1 mark in the Tribe’s last two games. BHS is now 14-4 on the season.
With the setback to the Cougars, the Indians' six-game winning streak also game to an end. 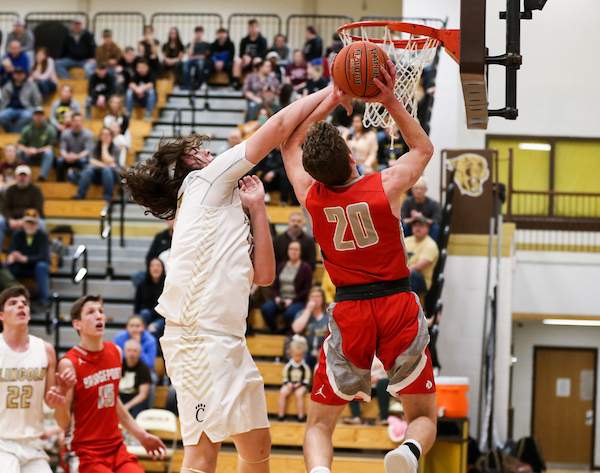 The Lincoln loss was likely hard to swallow. The Indians seemingly had things in control in a strong first half. In fact, when Thomas Ayoob followed up a shot at the end of the second quarter the Tribe was ahead 32-18 at halftime.
In the third quarter, the wheels fell off.
How bad was it? Lincoln not only scored 14 in a row to tie the game in roughly two minutes, but outscored Bridgeport 24-2 to go from down 14 to up 42-34 heading into the fourth quarter.
“I actually think the third quarter was an extension of what happened in the first half. We had guys, and I can’t put my finger on it because it’s not all of them, that just weren’t ready to go,” said Coach Dave Marshall.  “Maybe they were caught up in the environment or had their minds elsewhere, but the reality is we weren’t ready and that comes back to me.
“The other problem with that mentality is we played guys a lot of minutes in the first half because of foul trouble and as soon as the third 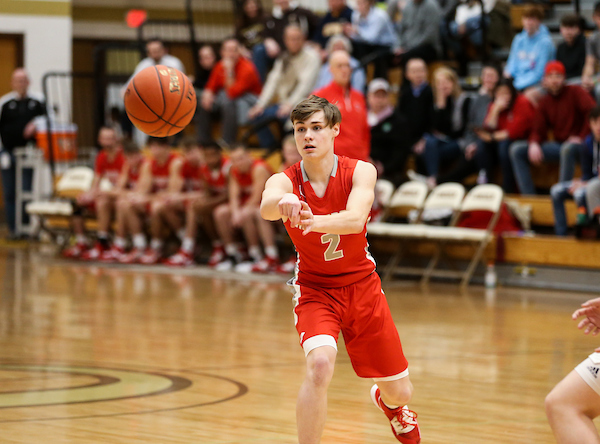 quarter begins, they’re in foul trouble again,” he continued. “That meant guys not used to playing a lot of minutes getting a lot of extended minutes and asked to carry you home when things are going downhill.”
Bridgeport did fight back. In fact, the Indians got within striking distance late in the contest. However, it was too big of a hole to climb out of.
“We tried to fight at the end and that was a good thing, but you can’t play a little bit in the first half and a little bit in the fourth and expect to beat a good team like Lincoln,” said Marshall. “We just got our butts handed to us and let Lincoln be the aggressor. I watched the film and you could tell by the body language, the demeanor on the court and on the bench that they wanted it more. That’s 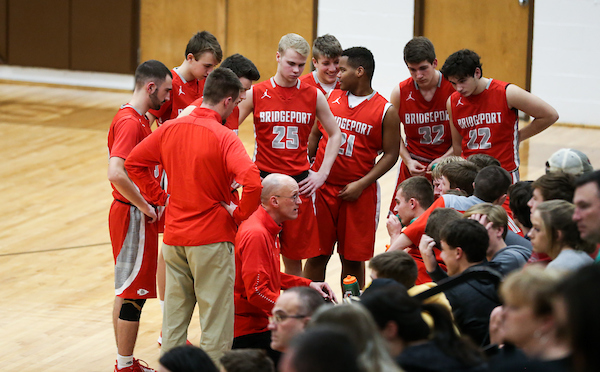 disappointing.”
Nick Stalnaker paced Bridgeport with 18 points and seven rebounds. No other players were in double figures, but Cam Cole chipped in with eight points.
Against Liberty on Saturday, the Indians came out of the gates slow. The result was a 15-8 deficit against the Mountaineers as the first quarter ended.
Then, Bridgeport responded. The Indians outscored their hosts by a 31-13 score to take a 39-28 lead into the intermission. BHS would slowly add to its advantage in the second half to take what would be a 64-46 win.
Despite the near 20-point margin of victory, Marshall was far from happy. 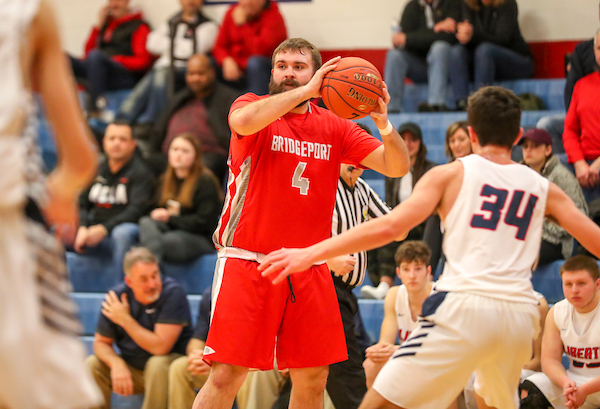 “Of the two games, that was the worst,” said Marshall. “The mentality of that game’s first quarter was the same as the third against Lincoln. Guys think there is a light switch to turn off and on and, again, that’s on me.
“We’re working on the mental portion of the game and it’s frustrating to have to do that this late in the season,” he continued. “We’ve talked about communication since we began with conditioning … It’s one of the pillars we are building this program on and it’s been inconsistent to say the least.”
Stalnaker led the way with 26 points, six rebounds and five assists. He was joined in double figures by Talen Martin who finished the game with 15. Jack Bifano added eight points in the win.
Bridgeport is back in action this evening. The Indians visit Big 10 foe East Fairmont at 7:30 p.m.
Editor's Note: Photos by Ben Queen Photography.