By Rick Kozlowski
The Journal
Griffin Horowicz began the season as a relief pitcher and ended it as a starter for Jefferson.
He succeeded on both fronts as Jefferson played in its second straight state tournament and won 35 of 40 games during the 2022 season.
As a reliever - more specifically, as a closer - and as a starter, he turned out to be the Cougars' go-to pitcher.
It turned into something of an unlikely season, as the player who has signed to play baseball at the U.S. Military Academy as a utility athlete has been selected as the initial winner of the John Lowery Pitcher of the Year Award, presented by the West Virginia Sports Writers Association.
Also considered were fellow first-team Class AAA hurlers, Reece Sutphin of state champion Hurricane and Ben McDougal of Bridgeport. Sutphin was 9-0, while McDougal finished with a 6-1 record, 1.14 ERA and 75 strikeouts.
"This is nice for Finn," said Jefferson coach John Lowery, for whom the Pitcher and Hitter of the Year awards are named. 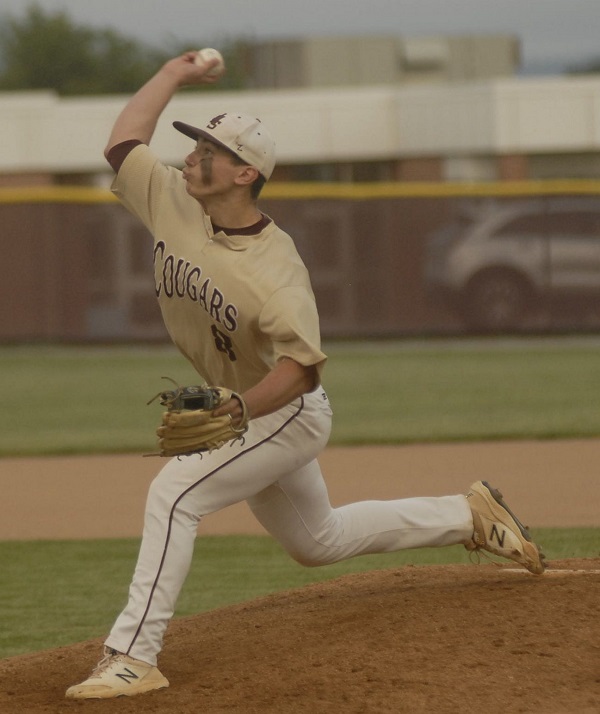 Earlier this week, Horowicz was named captain of Class AAA all-state first team.
He put together quite the season for the Cougars, especially on the mound.
"It's fairly obvious," Lowery said, "his stats speak for themselves: eight wins and five saves, a minuscule ERA."
His earned run average wound up 0.887 after being below 0.50 most of the season. He also limited batters to just one hit every two in innings.
"He came into some tough situations with a chance to close," Lowery said, "and in those key situations, he calmed the waters.
"He didn't let the moment overtake him. He could command a couple of pitches, and he was a key to our success, as well as others."
That he became a starter turned into bonus for Jefferson.
He pitched 2 2/3 innings for a save in the first game of the regional series with Martinsburg and then blanked the Bulldogs in a complete-game shutout win in the deciding game of the tournament.
"He didn't get a whole lot of starts," Lowery said, "but he had that shutout against Martinsburg and did a good job against George Washington (in the state tournament)."
He didn't get a decision in that game, but what he did do was something not even his older brother, Cullen, who set Jefferson's home run mark in 2021, could do -- hit a home run over the wall in center field at Appalachian Power Park.
"We've only hit three home runs in all of the state tournament games we've played," Lowery said, “and Finn was one them.”
A versatile athlete -- he won a relay gold medal in the state swim meet -- Horowicz proved valuable to the Cougars wherever he played. He went 3 for 3 in Jefferson's state tournament game.
"He was a good defender for us and could swing the bat well," Lowery said. "He was a complete player for us. He's a good third baseman."
And Griffin Horowicz was able to dispatch with the comparisons to his brother.
"Finn established himself in his own right," Lowery said.
Expectations before the season didn't equal the reality of Horowicz's situation as a pitcher.
“I didn’t think I’d pitch as much,” Horowicz said. “We agreed I would be the closer. Even as closer, I did more than I thought."
He craved pitching in difficult situations as a reliever, feeling like he gained more knowledge of what pitches to throw as a game moved along.
He said he felt more pressure as a starting pitcher compared with entering a tight game in relief.
“Coming in as a closer, I know what they’ve done, and the coaches know what pitches to call. I have an idea, which really helps,” Horowicz said.
“As a starter, you don’t know how certain things will work, so it’s trial and error.”
Trial and error speak to how Horowicz went from "Finn-isher," based on his nickname and anticipated role, to starting pitcher for the Cougars.
It helped him land honors as the top pitcher.
Editor's Note: Photo of Horowicz courtesy of The Journal.