Bridgeport High School is well represented on the all-Big 10 Conference swim teams with a pair of two top honors leading the way.
Sophomore Randy Keener has been chosen as the league coaches as the Boys Swimmer of the Year, while Jan Grisso has been selected as the Boys Coach of the Year. 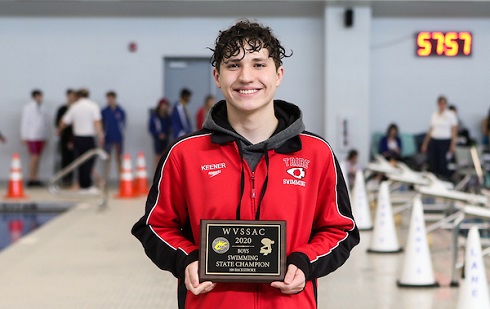