Bridgeport High School’s girls’ basketball team will kick off a new season this evening and more than the year will be new. The Indians will also be breaking in a new head coach in Herman Pierson.
“Some of the transition has been smooth and some of it hasn’t,” said Pierson, who was the assistant to Dennis Hutson last year. “You expect that anytime you have change and we’re ready to see who we’re going to handle the transition.”
That will begin tonight. The Indians will visit Robert C. Byrd in a game that will begin a lengthy road trip to start the season. The varsity contest tips off at 7:30 p.m. 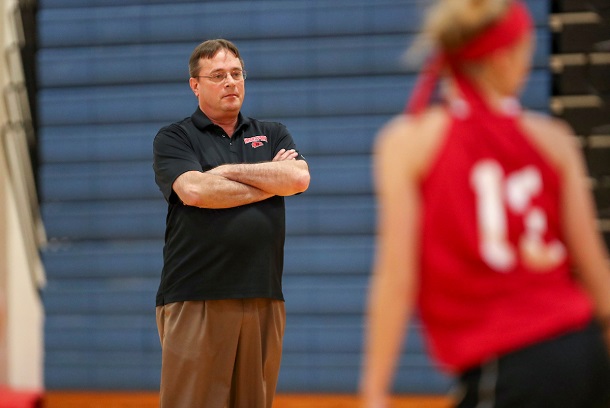 “We have some returning players and some new faces and that’s been an adjustment for me and an adjustment for them,” said Pierson.  “We’ve kept a lot of stuff Coach Hutson ran because he knew the personnel and had so much coaching experience we want to utilize it, but at the same time we’re mixing in some new things from back when I was coaching at Trinity Christian.”
Is it working?
“We’re starting to look like a semblance of the team I hope to us to be,” said Pierson. “We’re about to find out.”
While Pierson will roll out a starting five tonight, it’s one that’s not set in stone. Even more important, however, is that regardless of who starts Pierson plans on using a deep rotation that will allow his team to play up-tempo on both ends of the floor.
Bridgeport’s opening starting five will feature a pair of seniors the club will lean heavily on, starting with Maddie Wilson. 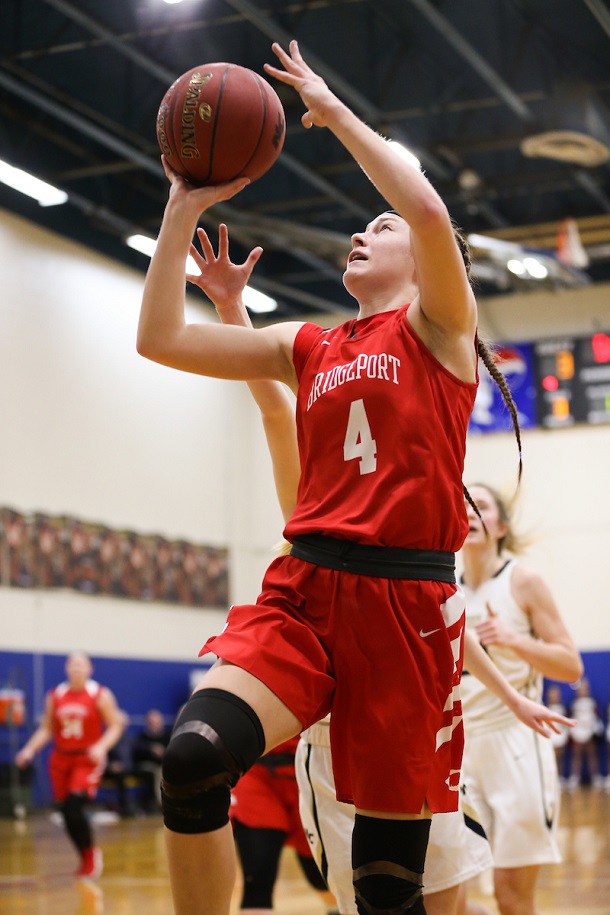 “She can play the one, two or three for us and she’s solid defensively,” said Pierson. “It’s huge having her back because she understands the game and as a point, she gets everyone into the proper position. A senior point guard like her is critical to success.”
The other senior is also important for the club. Pierson said he expects big things from Macey Phillips.
“She can play the two or the three. She’s a good outside shooter and rebounds very well for a guard,” said Pierson. “She’s also good defensively and isn’t afraid to get after it.”
The Indians also return the services of junior Paige Humble, who started last year. Humble was a double-digit scorer for the Tribe and looks to be in the three.
“We look for to be a scorer for us and that should be easier as her outside game has improved,” said Pierson. “She’s still good and cagy inside and still does that, but her perimeter shooting is much better than a season ago.”
Junior Elizabeth Denker is also in the initial starting lineup. Denker figures to be the starter at the four position.
“She’s a very good rebounder and defender,” said Pierson. “She does a nice job of slashing to the rim with the basketball. She’s also one of the scrappiest players we have.” 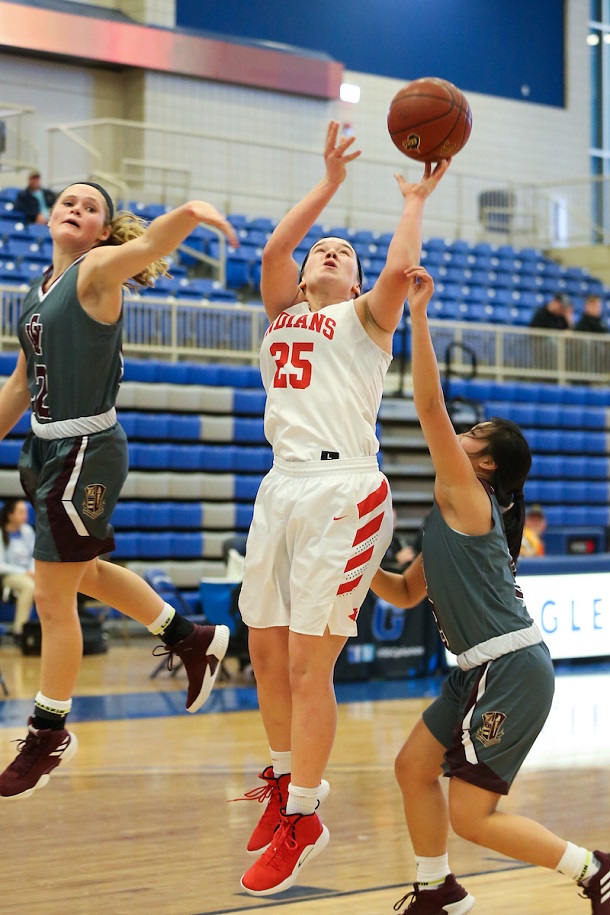 A third junior will be on the floor at tipoff for BHS tonight. Olivia Kesling in set to be at the five for the Tribe.
“She does an excellent job of setting screens and rebounds. She plays much bigger than her height would reveal,” the coach said. “She can get the ball on the board and scores in close and is also a good passer.”
Pierson was adamant that not only could the starters change, but that the starters will get plenty of rest as needed thanks to a lot of skill available. Among those are freshman Gabby Reep.
“Gabby plays the one or the two and can shoot it and handle the ball,” said Pierson. “For a freshman, she has a great understanding of the game.”
Sophomore Hannah Bartlett also adds depth in the backcourt. She’s primarily a point guard and got experience last year for the Tribe.
“She’s an outstanding defender and might be the best defender we have,” said Pierson. “She can handle the ball, but her defense is her trademark and last year she often guarded the best player on the other team.”
Pierson also said another player looks to see minutes in an exclusive area in the backcourt. Junior Anna Marie Pinti will play at the two.
“She’s a good outside shooter. The good news is she’s expander her game to ball fake and get to the rim,” said Pierson. “That’s the difference between her sophomore and junior years.” 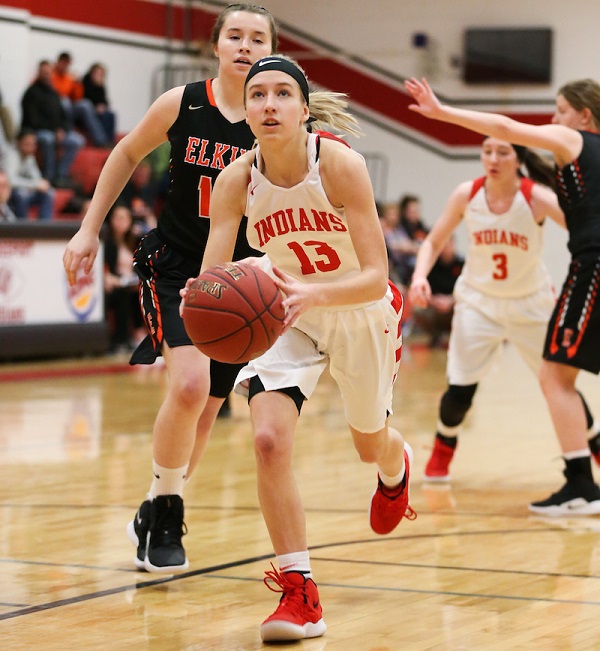 Providing some needed depth inside will be junior Emma Dotson. Pierson said Dotson will play at the four and five spots as needed.
“She does a nice job rebounding the basketball and that’s what we want her to focus on when she’s in the game,” Pierson said.
Pierson has two other players that he believes will contribute, but both are out with injuries. Chapmanville transfer Gracie Jones who the coach said is a possible starter as well as sophomore Ally Bender.
Jones, the coach said, tweaked the knee that she had ACL surgery on during a recent scrimmage, but should be back soon. Bender, he said, has a strained MCL and should be back in three to four weeks based on how therapy goes.
“This team has a chance to do some very good things and we’re hoping to do that by keeping the volume up by having eight or nine girls go full throttle,” said Pierson. “Some may be used to playing three or four quarters, but we’re looking to have the kids put the gas pedal down in four- or five-minute spurts and that may mean more substitutions than some are used to,” he said. “We’re going to push the ball offensively and press in the full and half court and need to be fresh to do that.”
Bridgeport will open the season with seven straight games away from BHS. The first home encounter is Jan. 7 at home against Liberty.
Editor's Note: Top photo shows Coach Herman Pierson, while Maddie Wilson is shown in the second photo. In the third picture, Paige Humble drives to the basket, while Macey Phillips does the same in the bottom photo. Pictures by www.benqueenphotography.com.