Nate Paulsen had paid his dues as a member of the Bridgeport High School baseball program. Although he saw some time as a freshman and a sophomore, like many underclassmen he got plenty of time competing with the junior varsity team.
The goal was to be ready to step up and assume a full-time position at the varsity level. Nate Paulsen was ready to take that step.
Then, COVID-19 hit in 2020. Bridgeport’s baseball season, a chance for a seventh-straight state championship for the time being, and Paulsen’s opportunity that he had worked for were gone. Instead of doing nothing, Paulsen continued. 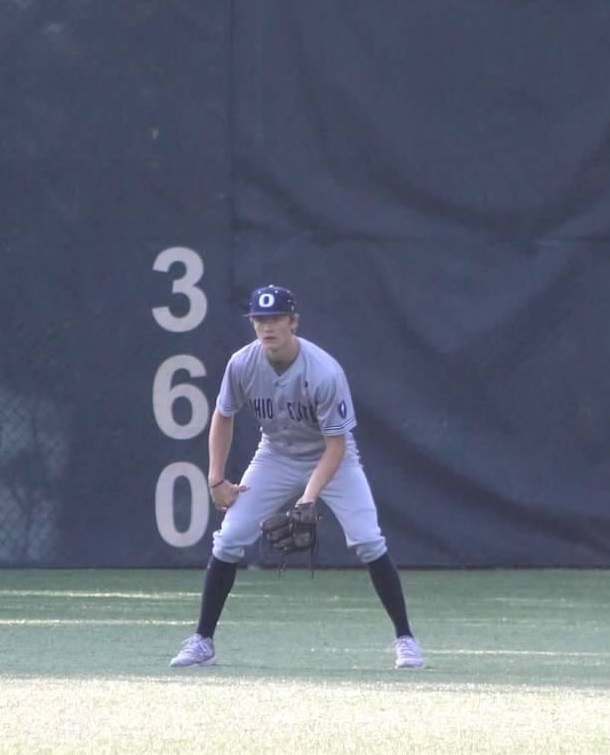 He spent the offseason playing center field for Ohio Elite travel baseball team out of Columbus. He participated in roughly 100 games and, as a result, was noticed by more than one collegiate baseball program.
While with Ohio Elite, he posted big numbers. He led the team in runs batted in and stolen bases, was second in extra base hits, and finished fourth in batting average at .364.
Paulsen is hoping the hard work will pay off for the Indian baseball team in March of 2021 when practice begins. On Wednesday, the hard work paid off in another big way.
With family, coaches and teammates in attendance, Paulsen signed a letter of intent to play collegiate baseball. He will be a member of the West Virginia State University program in Institute, and he chose the program for more than just sports.
“My family and I talked about the best fit to get a good education and play with a baseball program,” said Paulsen. “One of the schools we looked at, they had what I wanted to major in and an extremely reputable baseball program. It was a really good fit.”
The Yellowjackets found out about Paulsen through one of his Ohio Elite coaches. The coach has ties to the area and contacted them 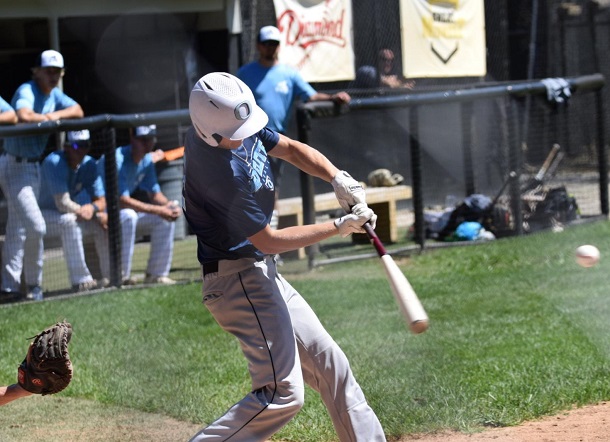 about Paulsen, and that is how everything fell into place.
“I’m extremely grateful for that,” he said.
If all goes as planned, Paulsen will start out to get an undergraduate degree in nursing, spend two years as a registered nurse, and then apply to anesthesiology school. The final goal is to become a nurse anesthetist.
The path does not surprise BHS Coach Robert Shields. He said Paulsen is driven in everything he does
“He’s a nose to the grindstone type of kid so anything he does to get where he wants to be is not unusual to me at all,” said Shields.
If Paulsen thrives this year for Bridgeport, it will not surprise Shields either. Shields is aware of the work done by Paulsen to be ready to play for the now Class AAA Indians.
“I don’t think there’s going to be any issue with him stepping in because he’s played baseball all fall and summer,” said Shields. “He’s an outfielder who is extremely fast with a strong arm that also has pop in his bat.
“What’s really exciting is knowing last year he was ready and waited two years for that opportunity,” Shields continued. “Nate is the type of young man who is not going to let this last opportunity pass without giving it his all. He’s that type of kid, and one that makes for a great 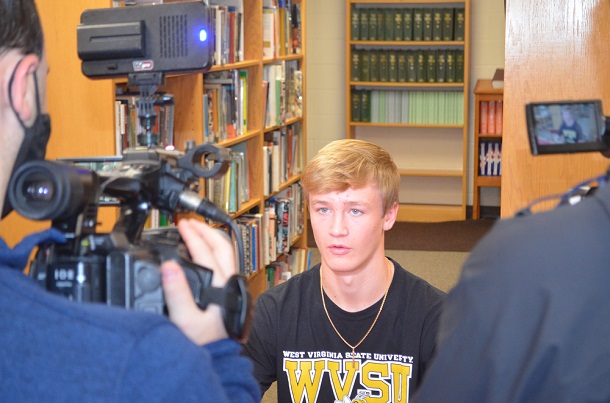 leader.”
Paulsen is ready for the opportunity. And he knows the offseason work with Ohio Elite has helped put him in that position.
“That was huge to be able to play with Ohio Elite,” said Paulsen. “My goal with the team was to get in a lot of games against elite competition. That level of competition helped me get a chance to play at the next level and I believe it will help have a chance of finishing at Bridgeport strong.”
Paulsen is also hoping for a strong season to make up for not having a campaign in 2020. That, he said, was a hard pill to swallow.
“It was very difficult,” said Paulsen. “I thought we would get to play some of the games, but then there was nothing. In all honesty, I felt we had enough talent to have won another because we had a lot of returners coming back and new people read to step in.
“I was hoping to be one of the pieces. I paid my dues and expected to have a good year,” the senior continued. “I just didn’t work out that way.”
Now, Paulsen and the Indians will see how things work out in 2021. Shields said he knows he does not have to worry about Paulsen on or off the field.
“Nate is a coach’s dream,” said Shields. “Again, it’s the result of coming from a good family. That is such a huge asset to our program.”
Editor's Note: Top photo shows Nate Paulsen surrounded by family, coaches and other instrumental in his success, while the second and third photos show him participating with Ohio Elite. The bottom photo shows Paulsen talking to the media after Wednesday's letter of intent signing.