By Connect-Bridgeport Staff on January 09, 2020 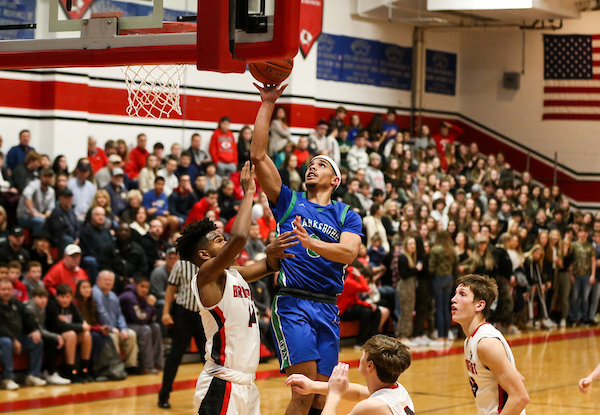 During last night's Robert C. Byrd game against East Fairmont in Clarksburg, a play became more than just the local play of the day. It became the play of the day on ESPN Sportscenter's Top 10 Plays of the Day.
In what became a 63-30 victory by the Eagles over the Bees, one play stood out. The sequence begins with a blocked shot followed by an RCB player jumping to save the ball inbounds. From there, the saved ball is thrown ahead to Thomas Hawkins ahead of the pack who appears to be going in for a layup.
Instead, Hawkins throws the ball off the backboard. Teammate Khori Miles, one of the state's top athletes, then gathers in the ball off the glass and slams it home.
For good measure, the play also got love on the midnight Sportscenter hosted by Scott Van Pelt. Van Pelt started his show as he always does with "The Best Thing I Saw Today" and it was the play.
Click HERE to see the segment.