When you have coached as long as Robert Shields has, you often have to make decisions that make people wonder if it is the right decision. When you have won as many games and state titles as the Bridgeport High School baseball team has won under Shields’ direction, it is apparent most of the decisions are correct.
Such is case with senior Ryan Goff. Shields decided to use him in a pitching role on the varsity squad as a freshman and then insert him into the starting lineup as a shortstop midway through the year. The move proved successful for the Indians and for Goff.

Goff has been part of two state championship teams, including getting a walk-off hit as a frosh in the Class AA semifinal, and on Wednesday signed a letter of intent to play college baseball. With family and coaches by his side, Goff inked with the University of Charleston. 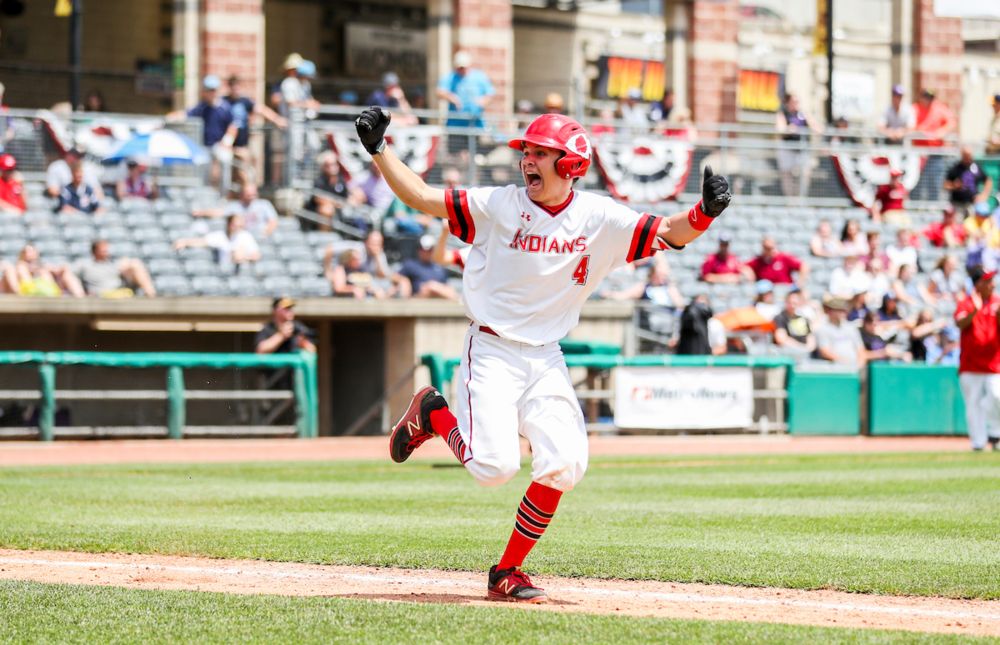 The signing by Goff, who was a ‘AA’ all-state selection his sophomore year, after not playing a prep game in 2020 due to COVID-19. However, he has gotten plenty of action in during the break.
“I’ve been staying busy with baseball, particularly this summer, playing with (travel team) Ohio Elite,” said Goff, who was the team’s shortstop. “I played close to 100 games … in Alabama, Georgia, Ohio, Indiana, and Kentucky.”
The travel team, like Bridgeport, is solid. The team out of Columbus is a top 30 program.
Goff fit right in. During his last time wearing the red and white for the Tribe, he batted .389 with 43 hits, two home runs, 18 doubles, two triples, 19 runs batted in and 12 stolen bases.
Like the rest of those coming back, Goff was looking forward to a shot at continuing a state record of state titles. The Indians have six-straight titles and were loaded up for a run at number seven last year when COVID hit and wiped out the season for everyone. 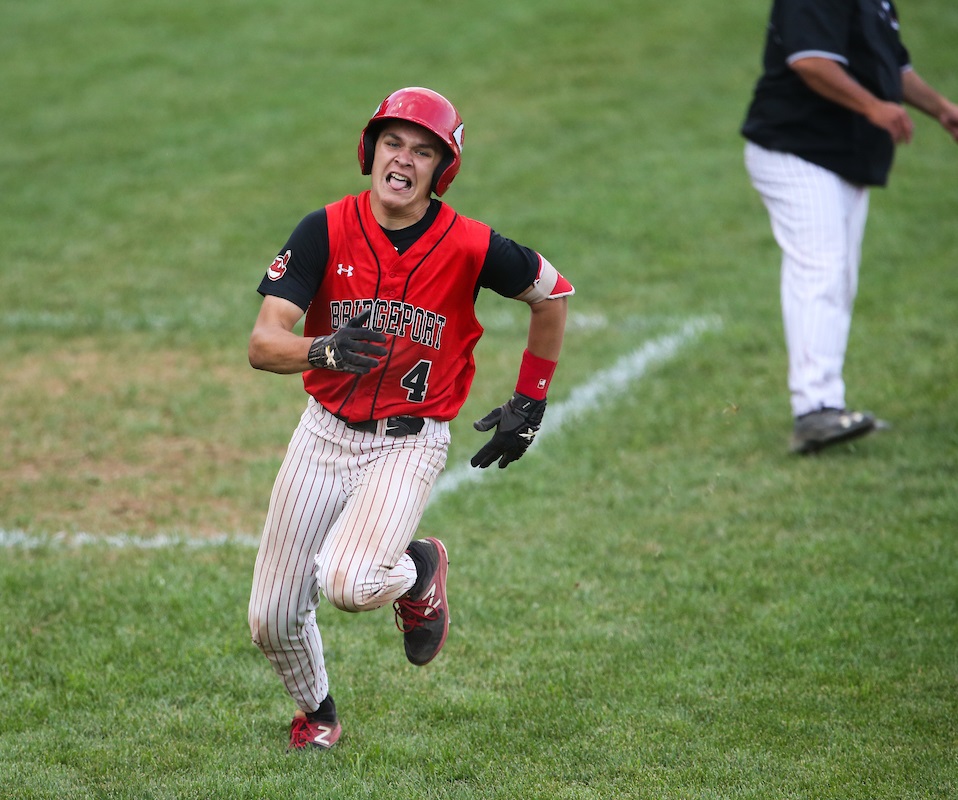 “It was awful. I think we had a really good group of seniors that I was looking forward to playing with and I think we were in position to win it again,” said Goff. “Not getting a chance to play was rough, but knowing you had a shot to win another title made it even harder.”
If Goff and the Indians win again this year, they will do so at Class AAA. And Shields said Goff will likely be in a place on the roster at times where he initially began – on the mound.
“He definitely can throw for us this year,” said Shields. “That’s what he came up for as a freshman, but we plan on using him this year.”
During his time with Ohio Elite, Goff was hitting in the upper 90s on his fastball. He also has a curve and a changeup as part of his arsenal.
The play during the summer caught the eyes of the University of Charleston. Because of that, he will be competing in Kanawha County for the Mountain East Conference school.
“I had a good connection with the coaches and love the fact they have a winning program, which is important,” said Goff, who said his 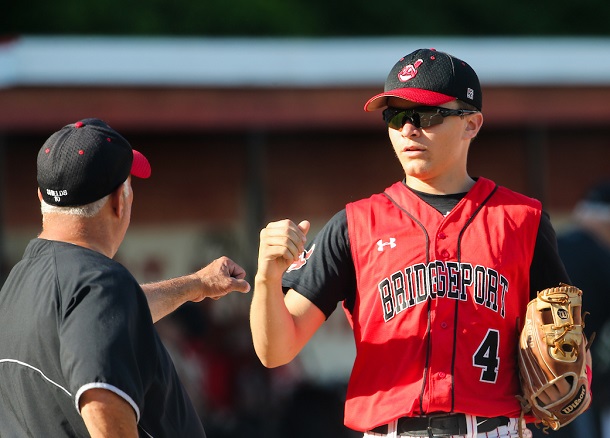 field of study is undecided, but he’s looking at Exercise Science. “I’m used to being involved with teams that win since Little League up through Bridgeport High School.”
Goff said UC has talked about him at a middle infield position, probably shortstop. He said they have also talked to him about pitching.
“With baseball, you can improve in any area and get better, which I have to do to play there. My strength is my defense, but that can improve too,” said Goff. “This summer has really helped me out in a lot of games, but I’m looking forward to this year’s Bridgeport team and playing in ‘AAA.’ I think we have the talent to get back to Charleston with all of my friends.”
Shields said if it happens, it will be because of players like Goff, who he said has a “phenomenal” glove and is “more than solid” at the plate.
“He has a refuse to lose mentality,” said Shields. “Ryan goes about his business, works hard, and leads by example. That’s what coaches want.
“Ryan is an example of a good kid that was brought up by a good family that pushed him to succeed and he worked when pushed,” Shields continued. “This signing is the result of that.”
Editor's Note: Top photo is from Wednesday's signing shows Goff surrounded by family and coaches inside the Bridgeport High School library. Game photos, from top, show Goff getting his walk off hit as a freshman that put BHS into the state title game. In the second photo he's shown heading home, while he gets a pre-game greeting from Coach Robert Shields in the bottom. Action photos by Ben Queen Photography.