The need for two wins is not the only thing standing between Bridgeport and another appearance in the state baseball championship in Charleston. A talented and state-ranked Morgantown squad is the hurdle needing to be cleared twice to make it back to Appalachian Power Park.
Bridgeport was able to earn the right to battle for the right to face the Mohigans thanks to Class AAA Region I, Section 2 championship with an 11-3 win against University Saturday. 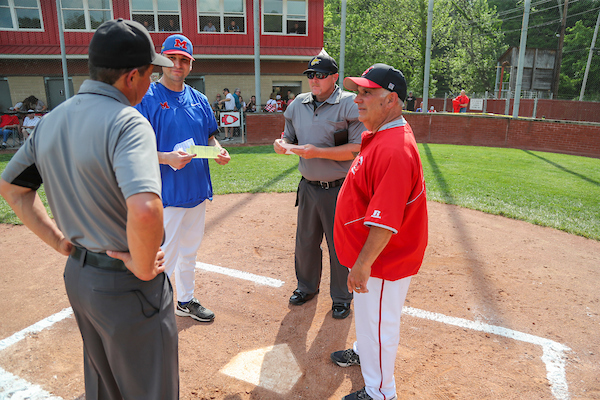 And the schedule for those games is now official in what will be a best-of-three series. Morgantown, as the No. 1 seed, will host the opener.
The first game is set for Monday, June 14 at Morgantown at 5:30 p.m. Bridgeport will host the second game Tuesday, June 15, at 6 p.m. If a third game is needed, it will be played Wednesday, June 16, at 5:30 p.m.
The two teams split their regular season games. Bridgeport lost 4-1 in what was its season-opening game at Morgantown but came back to take an 8-2 win in the game in Harrison County. Morgantown will bring a 21-4 record into the game.
“They’re riding a lot of confidence coming into this series. They’re a tight knit group and they are playing strong,” said Coach Robert Shields. “I watched them play John Marshall and saw the same thing I saw when we played them. They’re well coached and do the little things right.”
Shields said his team will need to be on the top of their game if they hope to battle for a seventh-straight state title. He said MHS also has 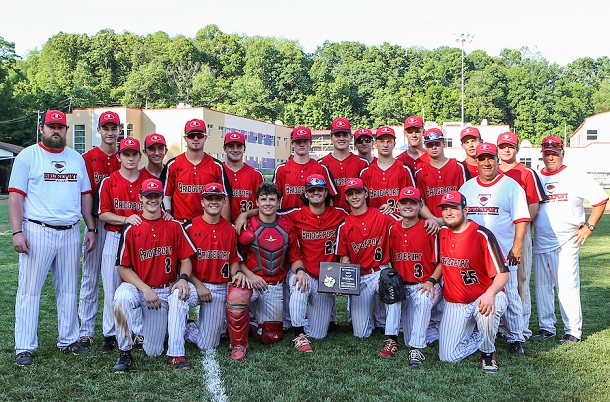 another intangible that will be tough to deal with – strong pitching.
“We saw (Quincy) Thornton in the first game of the year, and we didn’t have good plate appearances against him. They also have (Reed) Bailey and (Ryan) Fluharty. Those three are pitchers that can win ball games for them,” said Shields.
Shields’ team has won plenty of games this year. The Tribe is 29-3 after yesterday's 9-1 win against Herbert Hoover (part of games allowed between sectional and regional play). However, Shields said if the team wants to advance, they have to rely on what has worked this year.
“We have to be sound defensively and limit their base runners. They’re a team that will bunt, move people up and run,” said Shields. “Offensively for us, it’s the same. We want to limit strikeouts, put the ball in play and increase the chances of them making mistakes … These games need us to see focus pitch by pitch.”
The games will be broadcast on WKMZ 103.3 FM by way of tape delay, but you can listen live on the Bridgeport Sports App. Chris George and Brent Kimble will have the call.
Editor's Note: Photos by Ben Queen Photography.