It’s hot outside and the three-week summer practice period is winding down.
One might think that would be the ideal time to take it easy or perhaps end practice early. 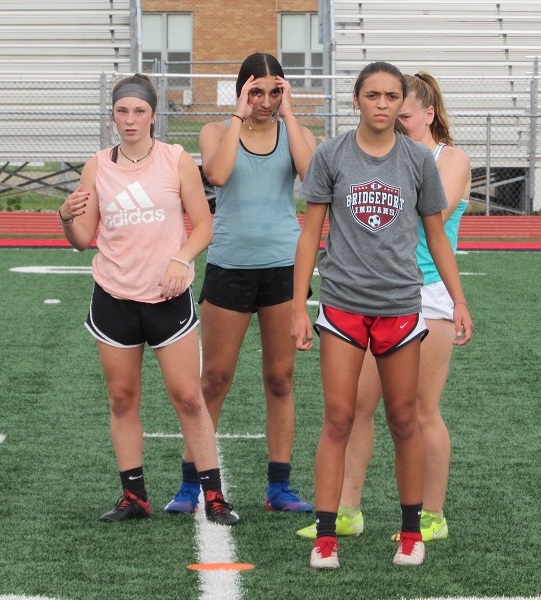 That however is not the mindset of the Bridgeport High School girls soccer team.
On Tuesday, after nearly two hours of running drills, the girls decided they wanted to scrimmage rather than go home and they did so well past the end of their scheduled practice time.
“They also had the four straight weeks of conditioning with no specific sports equipment and we had a good turnout for that,” BHS girls coach Sam McKinney said. “The enthusiasm is up. It’s exciting.”
McKinney is in his first year as head coach, taking over for John Reese, and although the COVID-19 pandemic has made all sports anything but normal, the various phases of workouts allowed under guidelines has been a great chance to get to know his team.
“I’m used to 11-year-olds that I coached,” McKinney said. “These are pretty much almost adults. They are a lot of fun. They want to work hard and that’s all any coach could ask for.”
Last year’s girls soccer team advanced to the Class AA-A semifinals and although some key seniors graduated, the Indians have plenty of pieces of the puzzle in place to make a postseason run even with the move up to Class AAA which begins with the 2020-21 school year.
“They are definitely building off last year.” McKinney said. “We’ve lost a couple of seniors, but we have a really good class of freshmen coming in.
“They know what they can do. They know if they work hard and apply themselves, they can take it back to same place they did last year.”
While the momentum built from a season ago is a factor with this year’s squad, just being able to get out of the house and be around their teammates has also led to an enthusiastic three-week period — even with the fall sports season still in a state of flux with ongoing coronavirus concerns. 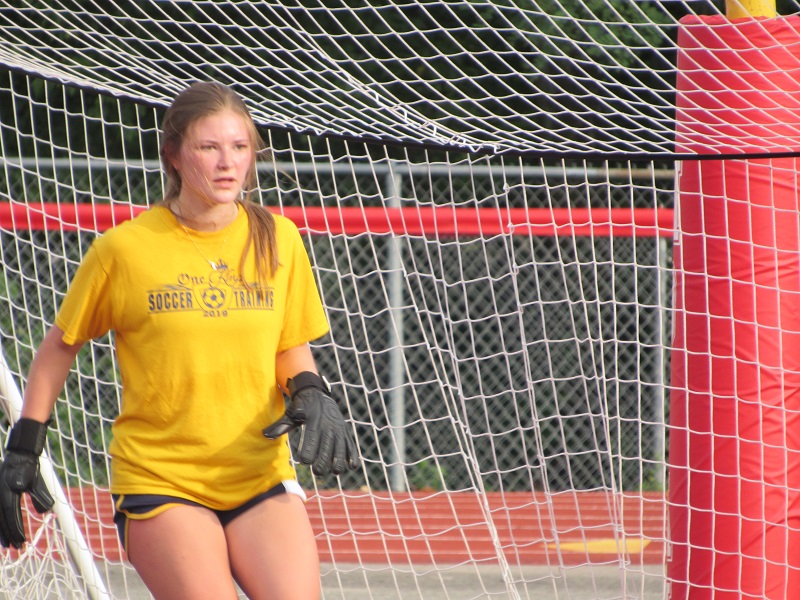 “We wanted to just get them back on the ball and knock some of the rust off,” McKinney said. “Get a little bit of team bonding going on. For me, being a new coach, I wanted to start building a rapport with these girls. And we just wanted to get out and have a little fun. This is supposed to be fun.
“We will tackle some more advance stuff when the season cranks up in August. The kids know what is going on and they ask. I just shoot straight with them. Nobody knows, but let’s prepare like it’s going to happen and be ready.”