According to MetroNews, an anticipated West Virginia two-sport signee announced on social media Saturday that he will opt to sign a professional baseball contract. 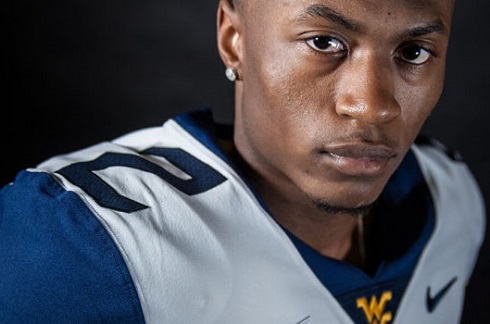 Terence Doston, a West Virginia recruit in football and baseball, posted on Instagram that he has agreed to a deal with the Milwaukee Brewers. The post was accompanied by a picture of Doston signing a contract while wearing a Brewers hat and T-shirt.
Milwaukee selected Doston in the 22nd round with the 673rd pick overall. Prior to the draft, the Tampa Bay Times reported that Doston would likely end up attending college unless a big-league team prepared a strong enough offer.
Doston is a 5-foot-11, 160-pound outfielder from Tampa, Fla., who signed to play receiver for the West Virginia football team.
Click HERE for the rest of the story.
Editor's Note: Photo courtesy of WVU Sports Communications.