WVU Football Program Gets Good News on Defensive Side of Football as End Jeffrey Pooler Jr. to Return

By Connect-Bridgeport Staff on January 19, 2021

FROM WVUSPORTS.COM
Starting defensive end Jeffrey Pooler Jr. announced on Twitter Monday night that he plans to return to WVU for the 2021 season. 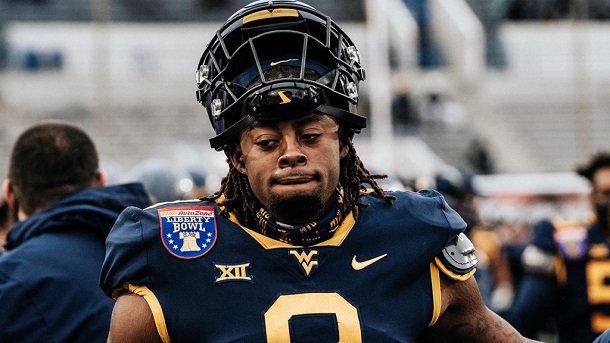 Pooler is taking advantage of the extra year of eligibility the NCAA has afforded seniors because of the COVID-19 pandemic.
Pooler returns as one of West Virginia's most experienced defensive players, appearing in 38 games and making 17 career starts, including last month's AutoZone Liberty Bowl victory over Army.
Last year in 10 games, the Dayton, Ohio, resident made 23 tackles, six tackles for loss, three sacks and a pass breakup for the 6-4 Mountaineers.
He will enter his second senior season in 2021 with 12 ½ tackles for loss and 6 ½ sacks.
"2020 has been a crazy year to say the least, starting out with COVID and other adversity that my team and I have faced this season. I feel there is some unfinished business and that's not how I want to close out my college career," he wrote.
"With that being said, I have decided to take advantage of my extra year of eligibility and return for the 2021 season," he added.
Pooler becomes the third Mountaineer to use an extra year of eligibility, joining place kicker Evan Staley and free safety Alonzo Addae.
Editor's Note: Photo of Jeffrey Pooler from WVUSports.com.