WVU Loses Another Key Player, Senior for Season as Result of Injury as Personnel Woes Continue

By Connect-Bridgeport Staff on November 08, 2019

According to MetroNews, West Virginia’s football team will continue turning to the next man standing — provided that there is anybody left to stand.
Bandit linebacker Quondarius Qualls is the latest Mountaineer to be shelved for the season, coach Neal Brown announced on Tuesday. Qualls joins fellow bandit VanDarius Cowan with a season-ending injury, leaving the position in the hands of repurposed Mike linebacker 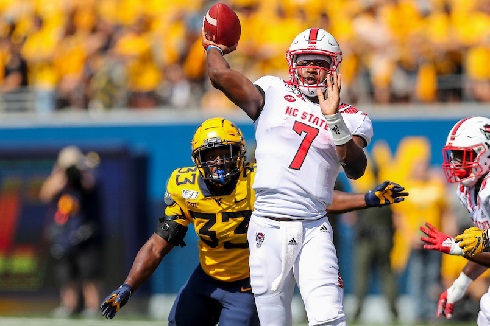 Dylan Tonkery and true freshman Jared Bartlett.
Bartlett made his collegiate debut at Baylor and made a good first impression.
“Bartlett did a great job. He’s extremely athletic and explosive,” said defensive coordinator Vic Koenning. “We didn’t know he would play that hard. He only had one play where he got a little flustered. The reason he was signed here was what you saw in the game.”
As a fifth-year senior, Qualls would only be able to get an additional year of eligibility if he receives an NCAA waiver.
Qualls has 22 tackles and two sacks this season.
Click HERE to read the rest of the story.
Editor's Note: Photo by Ben Queen of www.benqueenphotography.com.