By Connect-Bridgeport Staff on January 11, 2022

According to MetroNews, one of Neal Brown’s first assistant coaches at WVU has posted a goodbye message to Brown and the Mountaineer fanbase. 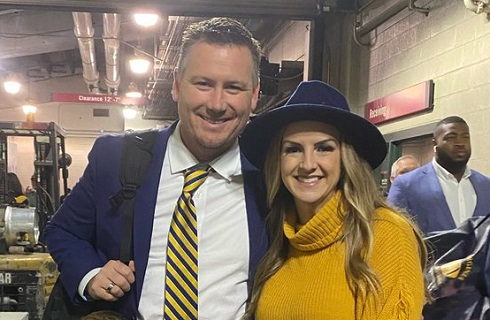 Travis Trickett is expected to be named the offensive coordinator at South Florida.
Mike Casazza of 247 Sports/EerSports.com first reported USF’s initial interest in Trickett last week and his appointment on Saturday.
Click HERE for the rest of the story from MetroNews.
Editor's Note: Travis Trickett is shown with his wife Tiffany. Photo from Trickett's Twitter page. Trickett is considered by many as one of the top recruiters for WVU, including helping to re-establish the Mountaineers' ties to Florida.