Wrestler with Most Wins in History of Bridgeport High, Aidan Gibson, Signs to Compete for Fairmont State

Few athletes in any sport can say what Bridgeport High School senior Aidan Gibson can say. When he officially graduates from the school, Gibson will leave BHS as the all-time leader in one of the school’s sports.
Gibson recently ended a four-year run with the Indians’ wrestling program. It would be hard to say it was not a success under any parameters.
Gibson finished his career with a record of 157-42. No other wrestler in Bridgeport history has more wins.
Now, he will be taking the same talent that landed him that mark to the next level. On Wednesday, Gibson signed a letter of intent to compete for the still relatively new Fairmont State University wrestling program in the Mountain East Conference.
While his school record and his ability likely drew the attention of the FSU coaching staff, the record was pretty much an afterthought for Gibson. 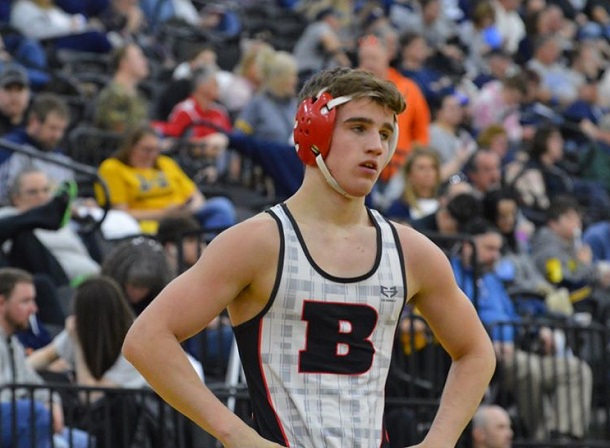 “I didn't wrestle for a record, I wrestled for the best of my ability and that led me to leading the record for the school,” said Gibson. “(Head) Coach Chris Courtney and (assistant) Coach Ryan Courtney both had a lot to do with the record, but also my teammates and my brother (Austin). Most importantly, I got that record by putting in work in the offseason and in season.”
Gibson knows about hard work. As he noted, his brother Austin was a state champion wrestler. His twin sister Alyson worked hard enough to sign with the Falcons for the acrobatic and tumbling team, while his brother is a member of the Fairmont wrestling program.
“Fairmont is pretty close to home and … my sister is going there, and my brother is going there,” said Gibson, who noted his former assistant coach at BHS is heavily involved in the Fairmont State athletic program. “I know the wrestling team will be a well-run program. Also, I started my wrestling career with my brother, and I think it’s cool that I will end it with him.” 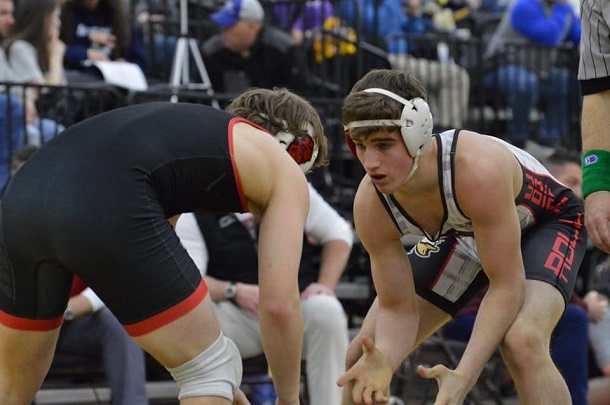 Gibson ended his wrestling career at BHS in stellar fashion. As a senior, he wrestled at 160 pounds and took first place in regional action before a third-place finish at the states.
That came on the heels of a fifth-place finish and a regional win at 145 pounds as a junior and another fifth-place state finish and regional win at 126 pounds as a sophomore. During his freshman year, Gibson wrestled at 106 pounds and took second in the regional, while finishing in sixth at the state meet in Huntington to have him place all four years.
At Fairmont, Gibson said he will wrestle likely in one of two weight classes.
“With this quarantine there isn’t a lot of gyms I can go to, but I was looking to go towards 157 or 165,” said Gibson. “It's where the coach wants me, but if there is a spot open, I will work hard to get into that spot. College wrestling is going to be tough, but I am willing to put in the work.”
He is also looking to put in work in the classroom. Gibson knows where he is looking to make a professional career.
“They have a very good criminal justice program and in the next two years they are going to have an on-campus police academy. I believe it would be awesome to be part of a new wrestling program and the new police academy,” said Gibson.
Editor's Note: Top photo shows Aidan Gibson with his mother Nikki and father Jason. Back row, from left, are teammate Josh Wojciechowicz, assistant Coach Jonathan Sigley, sister Alyson Gibson, brother Austin Gibson, Coach Chris Courtney, and teammate Ryan Courtney.