From the Bench: A Coaching Career with BHS Roots that Nearly Never Happened - A look at Billy Bennett

It almost never happened. And perhaps it never would have happened without a push or two from his wife and a job that suddenly turned out not to be there.
God, he believed, had plans that pushed him in the right direction. Now, 33 years later, the plan that bore fruit is headed in a new direction.
As most of you already know, long-time Robert C. Byrd Coach Bill Bennett announced his retirement as the head man of the Eagles after 19 years earlier this week. As most of you know, he spent an important stint of time involved with the BHS program in his early coaching 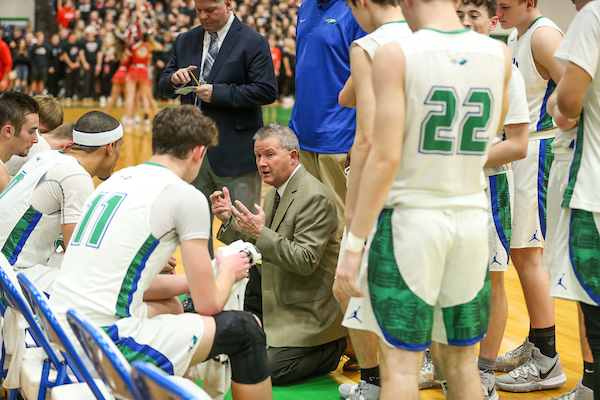 days.
What some may not know is how he got to this point. And what many may not know is his ties with the Bridgeport basketball program never ended. In fact, those ties will continue next year at the very least.
All of those areas will be discussed, including how Bill Bennett’s early life had nothing to do with basketball. Instead, things started out with him more of a time clock guy than one with a whistle around his neck.
The Washington Irving graduate was 33 years of age and had two babies before he started coaching. Before that, he was working at a factory and his only trip to the state basketball tournament in Charleston was three personal days he would save each March to make the journey with friends Mark Starkey, Jack Darway, and Lou DelRio.
“I had been out of school for eight or nine years when I decided to get into school again; honestly, a little intimidating,” said Bennett. “My wife prodded me to take classes and then I got laid off from the factory, which turned out to be a blessing. I had actually made the decision 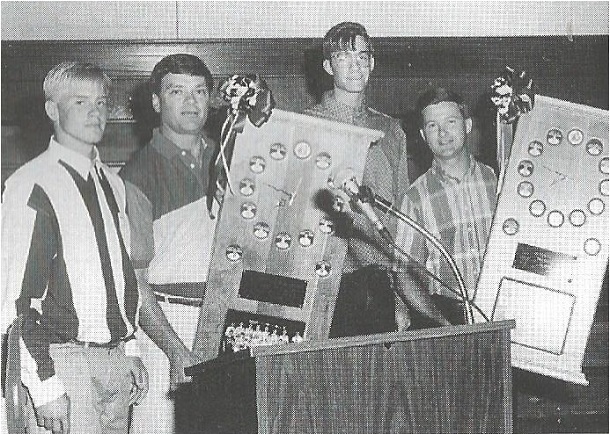 to go back to school before the factory issue, but there was no doubt about it once that happened.”
And the journey began.
Bennett started with a freshman coaching job at Lincoln High School and then he was off to Bridgeport High School from the early to mid-1990s (while coaching WI’s girls varsity in the fall when the seasons were different). He spent time with the late Bill Kerns and a year with the late Gene Randolph.
After that, while still coaching girls at WI, he was an assistant with Brad Underwood from the final time at WI and stayed on the coaching staff to the transition to Robert C. Byrd. Eventually, he became the head coach in 2002-2003 for the Eagles.
Before talking about his time with the Eagles a quick rewind to his start with the Indians. During his stint at Bridgeport, the teams he assisted on made it to the state tournament every year – including the team’s first-ever title in 1993 and a runner-up finish in 1994. He 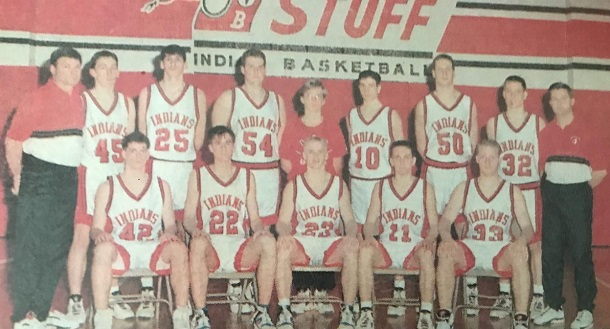 was involved with some of the best BHS squads in the school’s history.
“That experience was very good for me as a young coach; good for my confidence,” he said. “We had fantastic kids and great players and a ton of success.”
That first year had the makings of a title team. The club was undefeated with Scott Hartzell, Bruce Francis, Shane Roupe, Billy McCartney, and a host of others. Unfortunately, that team eventually fell in the state Class AA semifinals.
The next year saw the team bow out to Williamson in the first round before the 1993 season rolled around and a state title came with it. 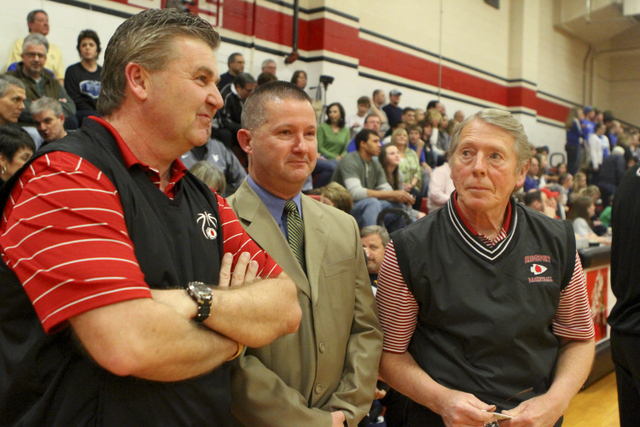 Matt Kerns, Russ Sickles, Adam Fowler, Chris Taylor, Eric Stoneking, Ricky Johnson, Chad Montgomery and many more played a key role in the title run.
The next year, the club again knocked on the title door in Randolph’s first year before coming up short. Yet as great as those runs were, including the title, there was something that came out of it that has been a constant in all those years coaching.
“There were so many good kids on those teams and, particularly those that are still here locally, I try to stay in touch with them,” said Bennett. “They’re all fine young men. Those first group of kids was when I realized from who I was coaching under the goal on the court is to win, but the goal of a coach is to see those kids become good citizens, husbands, and fathers. There is no greater reward than that.”
It is a point hard to argue. Those first two coaches at Bridgeport are hard to top, and it is how Bennett helped craft his own coaching style.
“I was with Bill for three years and I just remember how prepared he was, meticulous from practices to postgame interviews,” said 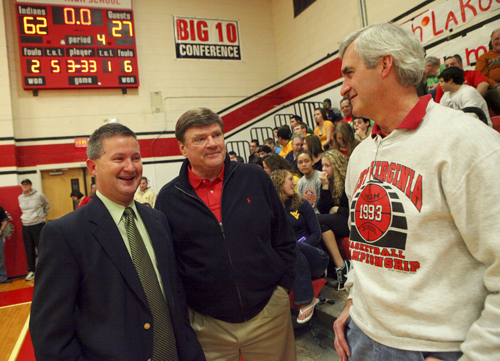 Bennett. “Gene was similar and loved to go scout opponents to have knowledge of what to expect. They both put in the work and it showed.”
Bennett applied for the BHS job when Randolph got it. Many would step down, but Bennett stayed and got to go on another ride to the state title game before settling into an area where he would find his permanent home.
“I felt like I was ready for that job, but it didn’t work out. That, too, was part of God’s plan because I ended up coaching in the community where I’ve lived for 66 years now,” said Bennett. “I grew up in Stonewood, my sister and brother went to (Roosevelt-Wilson). “I’m part of it and was able to coach young men in this community.”
He coached. He mentored. He succeeded. And he coached all of that in the school where his alma mater was consolidated into.
In most years, the Bridgeport contest against Robert C. Byrd game was THE game. Always twice a year, and more often than not, three times a year as Bennett brought battle-tested and talented teams into showdowns with the Indians whether Randolph was on the sideline, Mike Robey, or current coach Dave 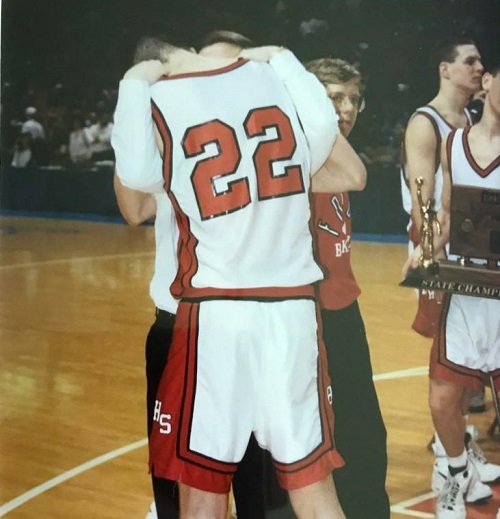 Marshall.
Here is the thing some may not be aware of – and it goes back to the Bill Kerns’ era. Every coach from Kerns to Marshall has either had Bennett as an assistant or worked as an assistant for Bennett. Both Robey and Marshall had turns on Bennett’s staff and it is probably safe to say the coaching DNA in all three have common threads.
The biggest? Making an impact beyond coaching.
“The biggest thing for me was trying to make a difference in the players’ lives and pray that I did that, and that goes back to those good kids at Bridgeport and, I can tell you for sure, the good kids we have had at Byrd,” said Bennett. “They have been fantastic, and I can tell the honors and the awards myself or any coach receives is because we have good players. Talent has not been in short supply during my time at Byrd.
“The experience is awesome because I’ve been around long enough to watch former players go on and be successful in life,” Bennett continued. “Sure, I want to win, but I want those kids to succeed because they’re the ones succeeding as players as well. I’ve never made a defensive stop or scored a basket. The kids did that and allowed me to be part of it and I am grateful for it.”
Those who Bennett has coached will tell you he has played a role in some of the 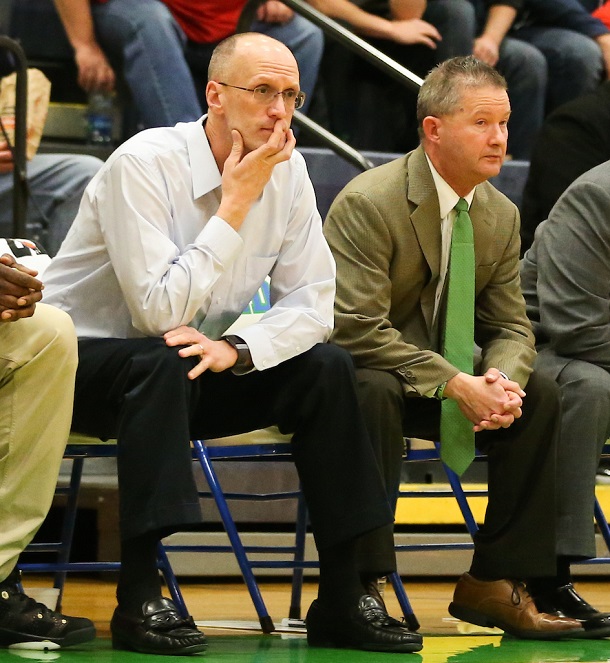 wins. And there were plenty as he posted a 322-128 mark with the Eagles, which included a runner-up spot in 2014 in Class AA.
Despite being in relatively good health and still looking spry, Bennett said he listened to his head, his heart, his wife, his faith, and the advice of people like former BHS Principal and Lincoln Coach Mark DeFazio and the late legendary Mullens Coach Don Nuckols when making his decision to call it a day.
“Mark and Don reminded me over the years to make sure you don’t go too soon … I think it’s the right time,” he continued. “I’ve got two teenage grandsons, a granddaughter in the fourth grade and another one in the first grade. I want to spend time with them, and I want to try to play as much golf as I can. Now, I won’t have an excuse as to why I’m not getting better.”
No worries Coach. You excelled in teaching and coaching, which I think earns you the right to be mediocre in golf.
Enjoy the links. Enjoy your family. Enjoy your time. Enjoy the fact you outlived the factory you once worked in.
And know your impact on hundreds, perhaps thousands, of former players and students continues. That cannot be retired.
Editor's Note: Top photo shows Bill Bennett instrucing from a huddle in a game vs. BHS, while he's shown, far right, with, from left, Matt Kerns, Coach Bill Kerns, and Russ Sickles at an award banquet after the 1993 title game win (BHS Yearbook). The third photo is of the 1993 state title team (courtesy of Beth Sickles). In the fourth photo, Bennett is shown with former BHS Coach Mike Robey, left, and former and late BHS Coach Gene Randolph, right. Bennett is shown in the fifth photo with the late BHS Coach Bill Kerns, middle, and Dr. Doyle Sickles a game recently that honored the 1993 champions. The sixth picture is of Bennett hugging Russ Sickles after the title game win (courtesy of Russ Sickles), while the last photo shows Bennett with current BHS Coach Dave Marshall during Marshall's time as an RCB assistant. All photos, unless otherwise noted, are by Ben Queen Photography.