From the Bench: A Pat on the Back to the SSAC and a Suggestion on Issue that May Continue to Worsen

It has been the vogue thing to do for as long as I can remember. If you want to find a group to trash and get solid agreement, go after the West Virginia Secondary Schools Activities Commission – you know them as the WVSSAC.
A lot of times in past years it was unfair. Most times currently, it is definitely unfair.
I can honestly say the current leadership, headed by Executive Director Bernie Dolan and Assistant Executive Director Wayne Ryan, is as solid as it has ever been. 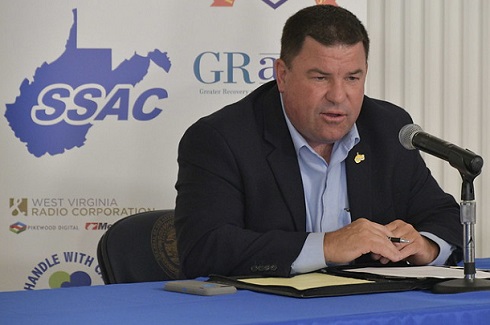 I have actually known Dolan casually from his time as becoming one of the architect of the Super Six state football championships in Wheeling. I have had a few encounters on the phone with Ryan, but I imagine neither are aware of who I am – and that is perfectly fine considering the task of the organization they lead does not require them to know bottom of the Totem Pole media feeders such as yours truly.
With no kids involved in sports, or nieces or nephews for that matter, I don’t have anything personal involved and find Dolan and Ryan as two of the most progressive leaders of the WVSSAC. And in something I am sure will be unpopular with some, I think the WVSSAC had handled issues involving COVID-19 as good as can be expected.
In fairness, there have been some things, particularly at the start of the COVID pandemic, I found fault with regarding “decisions by the WVSSAC.” I put that in quote marks because a lot of the major decisions that were pronounced as coming from the WVSSAC that were unpopular or questionable during the pandemic I will never be convinced it was not given to them at higher levels in the state.
They are not going to say if that is the case. Certainly, no one higher up the education or governor’s office food chain will. But there were decisions made that not even a gun to my head would convince me was not given to them in a “fall on the sword” manner. 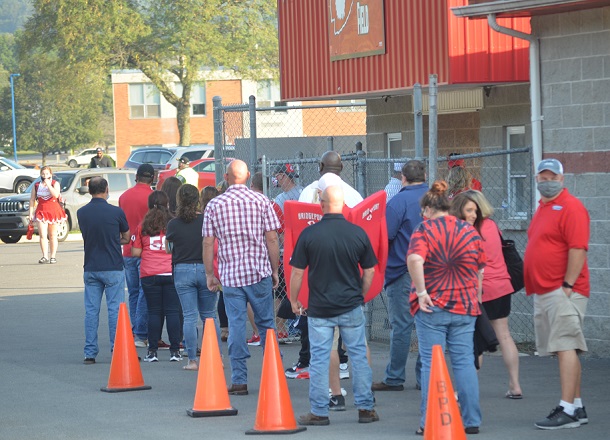 All that said, I do have a suggestion that may or may not be feasible. It comes on the heels of the recent state football playoffs. And let me assure you what took place this year with football is going to be coming in other sports in the postseason, and eventually all sports and activities, soon.
The issue is the purchasing of all tickets via the internet through online platforms. I believe most use the GoFan application and from those I have talked to utilizing it, they say it is easy to use.
Here in Bridgeport, the feedback was fairly mute, which means most were okay with it even if they didn't like it. School officials were certain to contact Connect-Bridgeport to let the community know – at the strong suggestion of the WVSSAC that all schools go online for playoff ticket sales – if you wanted to go to the game, you had to purchase online.
The BHS administration did something else that eased concerns for those who do not like to purchase items online or those who may not have internet – yes, that is still a situation for many.
“I made sure we had iPads at each gate with a person there to assist anyone who had issues purchasing line tickets,” said BHS Assistant Principal and Athletic Director Mark Jones. “It proved successful because we’re fortunate we can easily utilize wireless internet at those points.”
I’ll get back to the internet accessibility shortly as it ties in with the key issue I would like to see the WVSSAC address.
If you went with the online sales, which were encouraged to help schools get payouts from playoff games (remember, postseason games are hosted by the WVSSAC and not the home school so the bulk of the money goes to the WVSSAC) quicker. I would also imagine the WVSSAC does not have to worry about ticket counts. I am taking a stab here, but I would fathom there have been discrepancies between actual attendance and dollars turned in on the paper ticket trail used for decades in parts of the state.
Even if there have not been discrepancies, it is one major issue online sales will eliminate as far as money collected. And it is a reason why I think you will see everything being online sooner rather than later. In fact, some schools already have all or most of their sports requiring online ticket purchases.
Here is the problem. There is a convenience fee for each ticket purchased on GoFan. That is not unusual. Nearly any ticket purchasing application charges a convenience fee. I may have this wrong, but I think it was $1.35 a ticket or in that range.
Does not sound like much? And maybe it is not a big deal to some, but to me it just doesn't sit well.
West Virginia is not a wealthy state. If you are a big family with multiple kids, grandparents, and others going to watch your team’s playoff run, do you really want to pay $1 or up to $1.50 for each ticket once everything is online?
I totally get the convenience of this. If you think it saves headaches for the WVSSAC, imagine the headaches it will save for schools not having to do the paperwork financially that goes with paper ticket sales.
“The ease of the product was efficient and eliminated the complexity on the paperwork end of things,” said Jones. “The only complaint we heard of, which was not much, was the convenience fee charge product. This seemed to be one of the most effective programs that’s available for athletic events.”
All of those things said, is it too difficult – or perhaps come with too much liability – for the WVSSAC to create its own application system where the convenience fee could be eliminated at best, or an inconsequential addition (say a quarter) be part of the equation as this moves forward? I do not know.
Honestly, I would be surprised if Dolan, Ryan, and the crew have not talked about fees. Maybe they even have talked about this idea, and it is not feasible. What needs to be feasible, however, is internet access – wireless or hard wired – in many of the state’s remote areas.
Like here, there are plenty of grandparents, parents, and others who simply do not want to fool with the internet. Given the choice of going to the game or staying home, they will stay home. That is not fair to the fans, family members, and the players who like nothing better than to play in front of a packed house.
The good news is I am certain all of these issues have been discussed by those who encouraged the online sales and who probably know it is heading that way completely and, if not, the thought process is already heading that way. The WVSSAC is in good hands, despite what is too often said, and they will do the right thing here.