From the Bench: After Heavy Turnover, the New Look Bridgeport Football Staff has Bit of a Familiar Look

In this very blog, and in other stories on Connect-Bridgeport, you have read about a multitude of long-time Bridgeport High School football coaches who have resigned from their positions. From varsity head Coach John Cole to freshman assistant Coach Tom Hilton, the change has been constant.
Of course, that would seem to make getting things organized for the upcoming season a bit more tedious for first-year Coach Tyler Phares. As it turns out, the hiring process – so far – has only been tedious in the process. 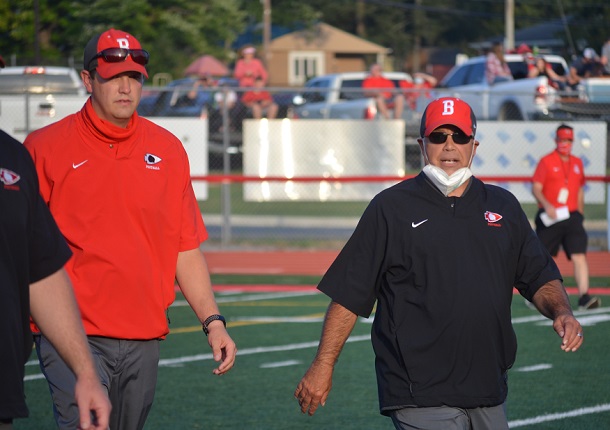 Phares told me recently that two of the paid staff positions have now been filled. And two volunteer spots are also filled.
Why would that not be considered tedious at best and worrisome at most for Phares, who is taking over arguably the most successful football program in the state’s modern era and in the conversation for most successful ever?

The names are familiar. Actually, some of them are more than just familiar as you are about to find out.
The first assistant was actually paid last year, but it was as head coach. As the new coach had hoped and the former coach had wished, John Cole is back on the staff as an assistant, which is a role he has always been comfortable in.
Phares could not be more pleased to have his former boss part of his first staff.
“It’s one thing to have someone with experience, but it’s another thing when that person with experience is Johnny Cole,” said Phares. “He’s the reason I’m here at Bridgeport, and I am absolutely thrilled he’s still with the program.” 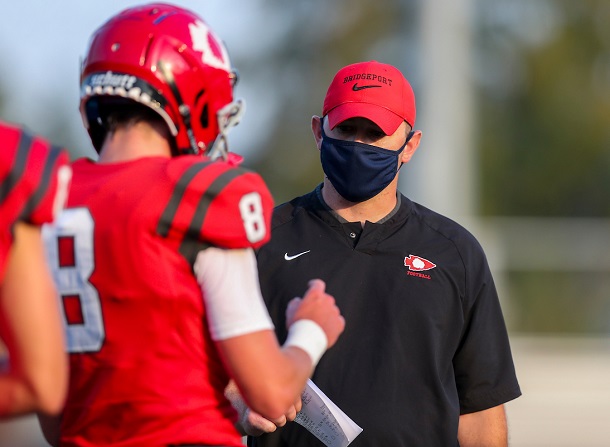 Cole is not just an assistant coach. Phares said he is the “assistant head coach.” As for his role, it will be familiar and what Cole loves – he will be coaching the offensive and defensive linemen.
“He is an excellent coach, disciplinarian, and teacher. It is huge to have him on board,” said Phares. “You want to have as many guys on staff to keep the tradition and culture alive who are not only from Bridgeport, but part of the system. Coach Cole fits that bill completely.”
As for the other paid volunteer position, it will also be going to a person who coached last year. That person, however, did so on a volunteer basis in Sean Snider.
“Sean is great with the staff and great with the kids and he’s been volunteering for the past three years,” said Phares. “He shows up and puts in time with the kids during games, practices and in the weight room. He did that as a volunteer, and he is deserving of a paid position.”
Snider, a former BHS quarterback standout, will essentially be the offensive coordinator. He will coach the quarterbacks and the defensive 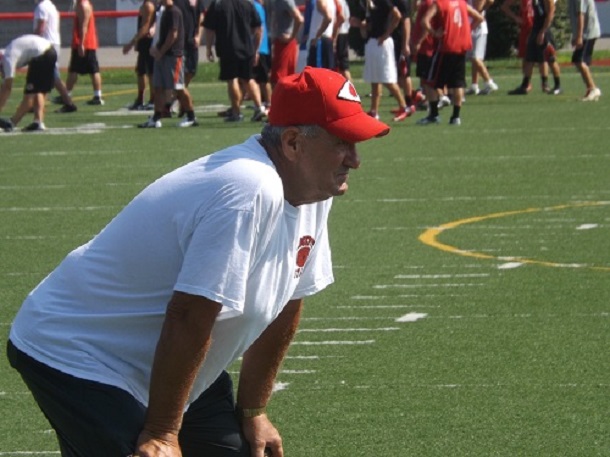 backs, along with helping on special teams. As for working with the Indians new single-wing offense that went into place last year, Phares said there is zero issue.
“He has it down. To be honest, it didn’t take much to teach it to everyone because it’s very similar to the stick-I, especially the blocking,” said Phares. “The difference is in the backfield, and it worked well for us last year.”
The hiring is not finished on the paid side. Phares said one more paid position is open and the job has been posted. He said he hopes to potentially have it filled by the end of this month.
As for the volunteers, one has nearly a half a century of experience under their belt. Tom Hilton, who recently stepped down as the freshman assistant and has helped with the varsity program since his arrival, will still be helping with the varsity – in a volunteer role.
“The second he wanted to be a volunteer, we jumped all over that because he’s got knowledge you can’t replace,” said Phares of Hilton, who actually began his coaching back at Victory High School. “You want as many knowledgeable eyes out there as possible and 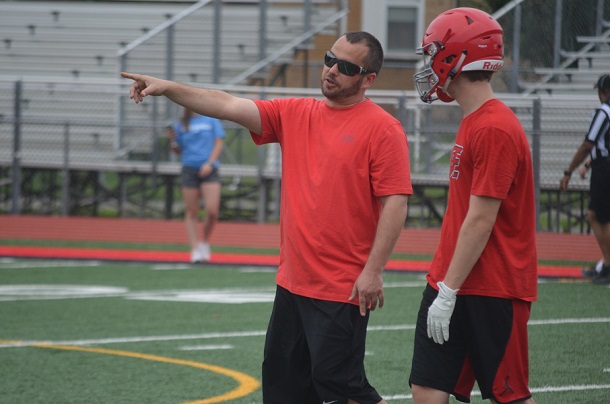 everyone pulling the rope in the same direction. Tom Hilton is one of those guys, and the fact he enjoys working with the kids and the kids enjoy working with him is really good for the program.”
The other volunteer has Division II college coaching experience and high school coaching experience in Virginia, where he got to know Phares. On top of that, he actually signed on briefly as a paid coach last year with BHS before stepping down.
“Casey Stewart is coming back as a volunteer,” said Phares. “He’s extremely knowledgeable about the game, especially on the defensive side. His wealth of knowledge will be a benefit. He’s a guy who has been around football his entire life.”
Part of that includes family ties. And it is a big one.
Stewart’s cousin was the late West Virginia University football Coach Bill Stewart. They were close enough that Casey called him “Uncle Bill.”
“We hope to have the staff completely in place within the next few weeks. Most of the faces in place now are familiar to the kids,” said Phares. “The plan is to keep things going in the same direction and, hopefully, that means continued success.”
Editor's Note: Top photo shows Coaches Tyler Phares, left, and John Cole walking off the field last year, while the second photo is of Coach Sean Snider. Tom Hilton is shown in the third photo, while Casey Stewart is shown below. Photo of Snider by Ben Queen Photography.