Mario Bombardiere remembers the feeling. There were just eight seconds left and he watched, nervously, as Scott Lewis lined up to kick a 32-yard field goal in the 1986 Class AA state title game.
The game with Tucker County was knotted at 7-7 at the time. Lewis had earlier missed a field goal, but this time the Indians were either going to win the title or roll the dice in overtime. 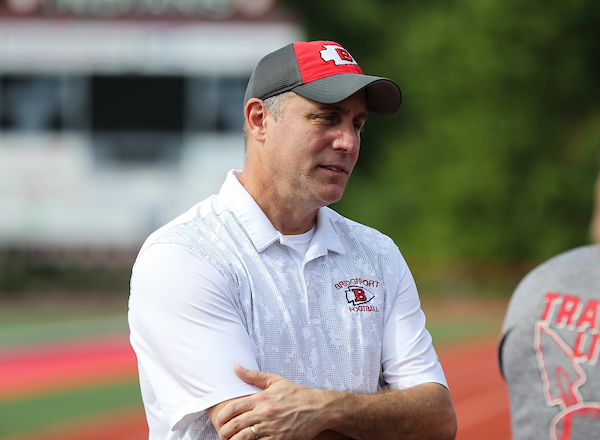 The kick split the uprights and Bombardiere, a defensive back and quarterback who recovered a fumble and scored his team’s only touchdown, swarmed the field with the rest of his teammates. It was his most memorable moment ever.
“I was watching, not on the field, but the best part was knowing everything we worked for came to fruition,” said Bombardiere. “See the excitement and joy was acknowledgement to me the work paid off. Hard work always pays off.”
The message of hard work is something Bombardiere took to the coaching ranks. Ever since he began as an assistant in 2001 and then as a head coach for nearly 20 years, it is the one thing he preached consistently.
Now, he is away from Bridgeport’s American Youth Football where he spent time coaching kids in the 10-12 division and then the 9-and-10-year-olds. He is the new Indians freshman football coach for 2021. 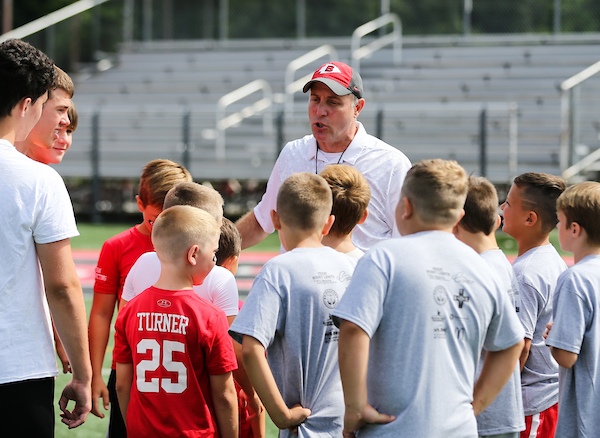 So, what made him apply?
“I’ve been doing film for the last few years and being around the program again and the locker room and then seeing some of the kids I’ve coached being older I just felt like it was the right time,” said Bombardiere, who has roughly a half dozen titles to his credit. “(Assistant and former head Coach) John Cole has asked me about coaching for years and I’ve always felt the interest, but the time was right.”
Bombardiere, along with new varsity head Coach Tyler Phares, know the critical nature of the freshman program. And it is not necessarily about winning.
While success is stressed, fine tuning what is expected at the varsity level is paramount – as is one other thing. Getting kids to come out.
Large freshmen classes, particularly with BHS moving up to Class AAA, is critical to ongoing success. Attrition always whittles the numbers down, but the more you have, the more chance you have to develop players that will keep the tradition of winning alive.
“It’s important to get as many out as possible and it helps in our area because we’re one of the few schools with a freshman program,” 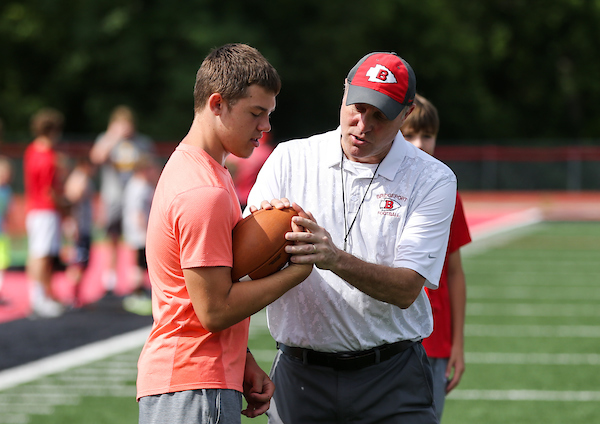 said Phares. “The big thing with Mario is he knows the community, knows the tradition and was part of it, and he knows the kids coming up.
“He is bridging the gap in this new position,” Phares continued. “That’s important, but he can coach every position. He’s coached the line, backs, defense; you name it. You have to be a jack of all trades as the freshman coach, and he fits the bill.”
As for Bombardiere, he is looking forward to the challenge.
“First, and we stressed it at the youth level, is to keep the kids interested and provide the foundation for them to be successful from their freshman year through high school,” said Bombardiere. “I have to reach out to all the kids, even if they never played before, to see if they want to get involved, learn the basics of the game and improve.
“You do that, you continue the culture of good football players,” he continued. “More important is you develop good young men who can handle things coming their way whether it’s in football or life. You teach them lessons that translate on and off the field and if everyone applies themselves you usually end up on top.”
Although the freshman program is separate, the head freshman coach spends plenty of time assisting with the varsity. Bombardiere will do that this year for the Tribe and with that the individuals who will be manning the BHS sideline for the upcoming season is now officially complete.
Editor's Note: Photos of Mario Bombardiere by Ben Queen Photography are from this year's BHS football youth camp.