From the Bench: Bridgeport High's Varsity Coach who Moonlighted this Year as a Division II College Coach

Bridgeport High School has had a few coaches with college experience over the years. Although rare, it is not unusual here or even at other high schools.
Coaches going from BHS to the college level, well, that is a little bit of an unusual situation. Coaches going to coach at the college level 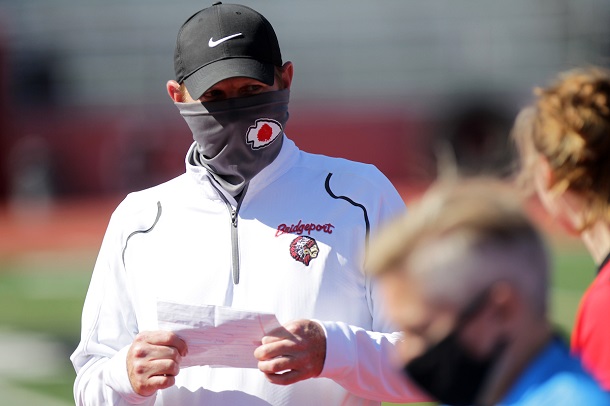 for half a season and returning without getting technically hired or technically fired, well, that has probably never happened.
I should clarify the last sentence in the last paragraph. The situation will probably never happen again.
This year, this calendar year in fact, one of Bridgeport High School’s varsity coaches was called up to coach collegiately. They did so at the Division II level.
Even better? The coach in question only lost one game and did all of this without very few around his own program and even fewer in the community knowing anything about it. And he got the call after just one year coaching at the prep level.
For those that know, no big deal. For the majority that don’t, BHS girls’ soccer head Coach Sam McKinney was called into action in March by Fairmont State University to help assist at Fairmont State University after a situation involving the coaching staff left open vacancies.
How it happened involved McKinney’s connection with someone else who has a connection to the BHS athletic program – Ryan Courtney. 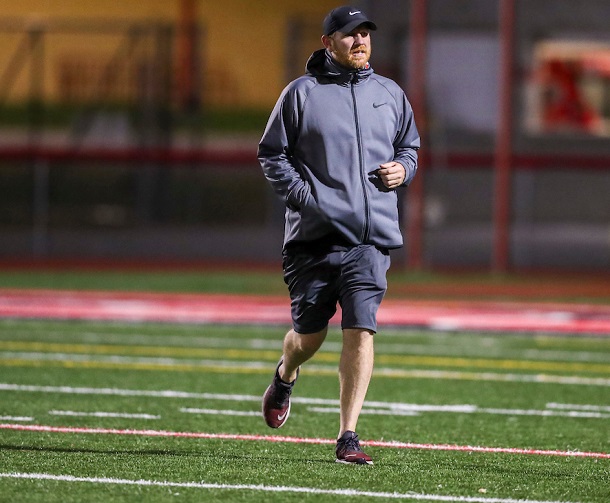 Courtney’s role as an assistant athletic director for the Falcons opened the door and McKinney said he was more than happy to enter when asked.
“Ryan asked me if I would be interested in helping out with the girls soccer program if they needed it. I’m always willing to help out the Courtney family with anything because of how good they’ve been to me at to Bridgeport,” said McKinney. “Turns out he needed help and said I would.”
So, the coach with eight years youth soccer coaching experience and a year of high school coaching experience who never “set coaching college as a goal,” found himself on the sidelines.
“I never really planned coaching in high school until I saw there was going to be an opening and got prepared to step in if I had the opportunity,” said McKinney. “I definitely never planned to coach college back when I had the young squads or even coaching last year.”
With the Mountain East Conference moving their fall season into February due to COVID, McKinney arrived to assist Courtney – along with former University High standout and college player Emily Gallagher – with the season already underway and into March. The team, he said, stood a 1-0-4.
What McKinney saw when he got there impressed him.
“They played at an entirely differently level because, basically, the team had everyone’s all stars from Michigan, Missouri, several really good in-state players and others,” said McKinney. “It was a very high level and I misjudged what I expected. The conference, with the exception of just a few teams, was extremely impressive.”
As one might say about the record the Falcons posted after McKinney arrived. The team finished 5-1-4, winning five straight before bowing out in the MEC semifinals. 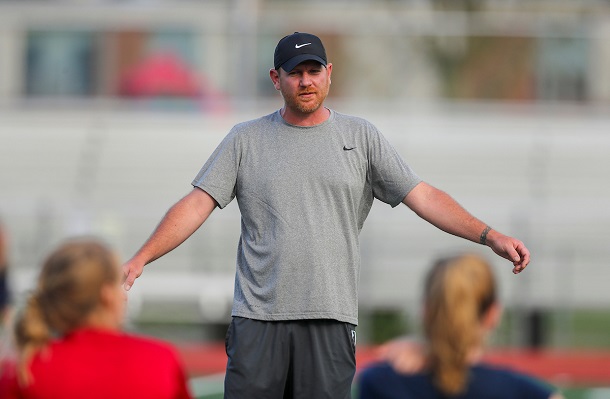 “I learned a lot in that short time at the collegiate level,” said McKinney.
The good news is that the lessons learned, he said, are transferrable to the high school program he leads that is anticipated to have a good season once again.
“The thing I took is that there is a very high level of work ethic, fitness, nutrition, and discipline. It was a fulltime job for the girls at that level,” said McKinney.
While McKinney wants his players to have a fun high school experience, he said they can follow those ideals he witnessed at Fairmont State. He said it is something he has already talked about.
“To be good you can’t start getting read the first day on August 2. Success starts well in advance of that and continues year-round,” said McKinney. “That’s exactly the type of culture we’re trying to build here, and I saw how it paid off in a big way for those at the college level.”
McKinney believes his experience will pay off with the Tribe. His first chance to see how things go will not be easy. BHS opens the season at home August 24 against defending Class AAA state champion Wheeling Park at 5:30 p.m. It is the same WPHS team that knocked the 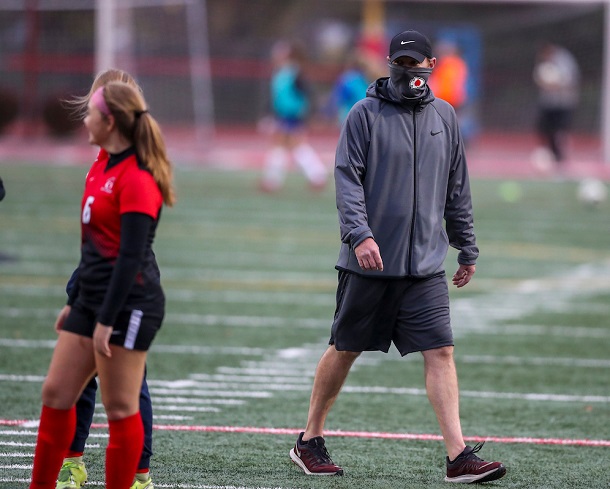 Tribe out in the regional final.
While that part of the future is known, one may be wondering if McKinney dipping his foot in the college coaching pool has him considering taking a plunge in that direction in the future.
“There is no desire to ever do that. That is a tough gig,” said McKinney. “To be honest, all the hard work was done when I got there. The recruiting was over, the talent was already in house, and the kids were in great shape. I had the easy part to coach a little and watch them play.”
In other words, McKinney plans on being on the BHS sideline for a few more years.
“As long Bridgeport will have me, I plan on at a minimum being with the class of girls I started with (in travel soccer) that are currently in the eighth grade. That means I’m looking to be here for at least five more years as long as I don’t screw things up,” McKinney said with a laugh.
Be hard to see him screwing up at BHS. After all, McKinney is a former college coach.
Editor's Note: Photos of Sam McKinney from last season are by Ben Queen Photography.