From the Bench: Bridgeport's Newest Head Coach is Young, but Knows Game's Most Critical Element

In terms of coaching, particularly as it relates to coaches at Bridgeport High School, Kenny Edwards is still a pup at the age of 29. Yet, the new Indians freshman coach already understands the particular of the role he is better than many I have encountered in nearly three decades of writing.
Sure, he wants to win. After all, he is as competitive as they come. But he understands winning may be the desired result, it just is not the primary purpose.
“If your ultimate goal as a freshman coach is to only focus on winning, you need to be rethinking your priorities,” said Edwards, a 2009 BHS alum, who also has a degree from Fairmont State and a master’s from West Virginia University. “You have these kids for one year 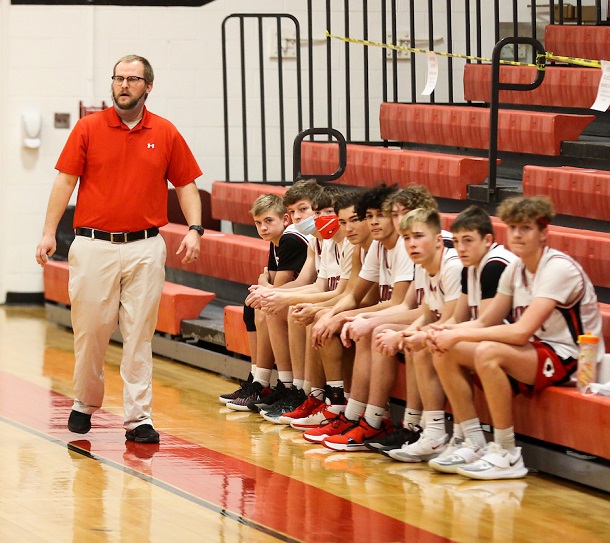 and after that it’s jayvee or varsity.
“My goal is to watch the high school, pick the brains of their coaching staff as to what they’re doing and what they would like me to do offensively and defensively,” Edwards continue. “I want to know the prerequisites they are expected to have so by the time they reach (BHS Varsity basketball) Coach (Dave) Marshall the transition is easier because they know what he is looking to run.”
Why that seems like the obvious thing, you can travel the state or any state for that matter and find out it is the minority approach. Part of it is ego driven as to why, and part of it is pressure from parents and others who want to win at all costs.
Edwards, though, is cut from a different cloth. And since I have known him prior to his still relatively new gig, I know it is the right cloth.
The lifelong Bridgeport resident coaches and teachers for all the right reasons. And as his past shows – and his educational peers would attest – he is good at it.
Currently, he not only coaches at BHS, but he teaches there as well. Edwards is busy providing students with an education in AP United States History, along with Early American and Contemporary History. He is in year three of teaching, and first year coaching at BHS.
Neither are his first go round.
His first job was on the opposite side of Interstate 79 at Washington Irving Middle School. During the 2014-15 year he was a member of the Hilltopper staff before coming “home” to Bridgeport Middle School from 2015 to 2018. At BMS he was an assistant coach for the girls’ team from 2015 to 2019 before he decided to step down. 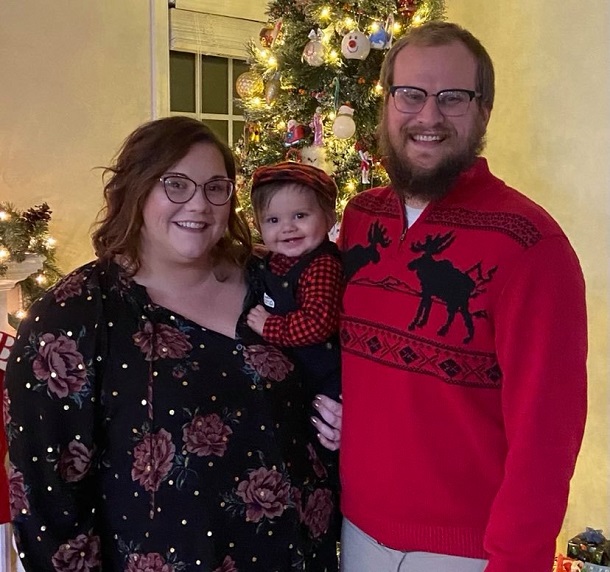 His stepping down had nothing to do with the program’s status, not getting along with staff, or tiring of the game. Rather, the lifelong Bridgeport resident had a more important reason.
Kenny and his wife Hannah were having a baby. That little boy, Owen, just turned one. And before Owen hit that monumental age milestone, Edwards had dipped his foot back in the coaching pool.
“Being away from it I realized I missed it. I missed the coaching in general, but I missed the learning and teaching aspect of being involved,” he said. “One summer rolled around, perhaps it was lockdown, but my wife was like telling me I kind of need to go back to doing something. We laughed about it, but she was right.”
Still, when the position became open, Edwards did not immediately apply. Instead, he pondered what he should do.
“I sat on it for a bit. I didn’t jump at first because I had to determine if I had enough time because I have a busy schedule; I also teach for the virtual school, which occupies a lot of my evenings,” said Edwards. “I talked to my wife about it and looked at the time it would take and when I found out that it could fit within my schedule, I decided to bid on it.”
And now he is on the sidelines again. He has been there in this COVID-shortened year since conditioning began in mid-February and the near three weeks of practice.
They were two games into the season near the start of the week with one game already being scrapped as an opponent was facing a 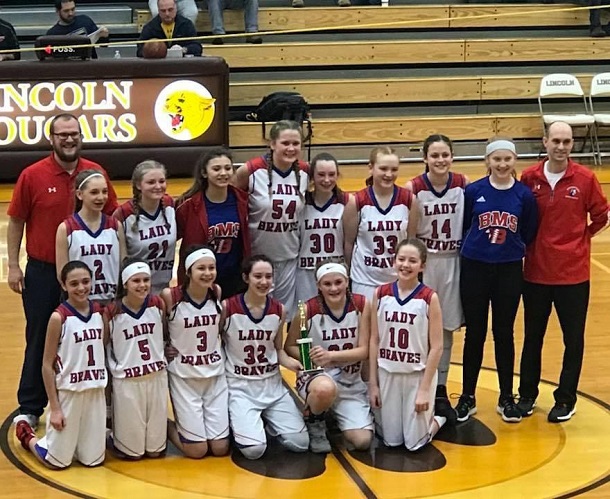 COVID quarantine. Still, Edwards is glad to see the kids competing again.
“I think this is great for the kids. It breaks up the monotonous routine of school, following guidelines and things of that nature even though we still follow guidelines playing,” said Edwards. “This is still a step in right direction to get back to normal.
“The thing that makes me happies is knowing without this, it’s over because these kids aren’t getting these years back; they can’t recoup them,” he continued. “Even with practices, it takes their mind off the situation and lets them learn the game and, most important, be a kid and have fun.”
Because of that, Edwards said he is not harping too much on the pandemic. Although it has impacted his team’s season already, he said conversation on the matter has been limited to one very basic concept.
“We talked about it after learning our game with Buckhannon was off. We set a team goal to be one of the teams not to quarantine,” said Edwards. “To do that, we asked the kids to mask up, socially distance, use your own water bottles, and do what is required on the court and away from the court. We don’t want the thought process to be consuming, but we also have to pay attention.
“I know people say we’re out playing and touching and that is a risk, but the behavior when not playing is also very important to limiting the risk,” he continued. “If you don’t have it when you play, you can’t spread it. We just want the kids to be cautious so we can play and keep learning the game.”
And what they will learn from Edwards will not be some junk defense or a high-level NBA style offense. Rather, it will be the basics.
“My kids are 14- and 15-years-old so we’re still working on fundamentals, drilling game-like situations to make them better and preparing them for the upper level,” said Edwards. “We’re worried about rotation to the ball, how to get the ball inside, when to pass and when to drive it. You do those things you will get better.”
Chances are good, they BHS frosh will win some games too. They have a 13-game season planned if the B-U game is made up. There is no freshman championship tournament, which is fine by Edwards.
“Winning is nice, but the big goal is the fundamentals and learning the system to play as they move up,” said Edwards. “If they do that, learn to hustle, and get after it on defense, winning will eventually result. You do all that then you take care of the most important thing, and that’s to have fun.”
It is the most important thing. Fun always has been.
Editor's Note: Top photo shows Kenny Edwards coaching this year's BHS freshman team, while he is joined by his wife Hannah and son Owen in the middle photo. Bottom photo shows Edwards, back row far left, during his assistant stint at Bridgeport Middle where the girls won the championship. First photo by Ben Queen Photography, while bottom two photos courtesy of Hannah Edwards.
Edwards already gets it. And that, no matter the record, translates to success.