It was back in 2014 when I first wrote a blog on this topic. I have written about it and posted other stories about it more than once since.
No offense to the subject in question, I hope I do not have to write about this again – and I am certain the subject, as humble as they come about what they have done, would be perfectly fine with that.
But it was in that year when I wrote about Chris George being nominated for the National Football Foundation (NFF) & College Hall of Fame for the first time. To me, it seemed like an easy decision, an automatic choice.
Sure, there are those who may think because I watched Chris during his high school days and collegiate days at Glenville State College 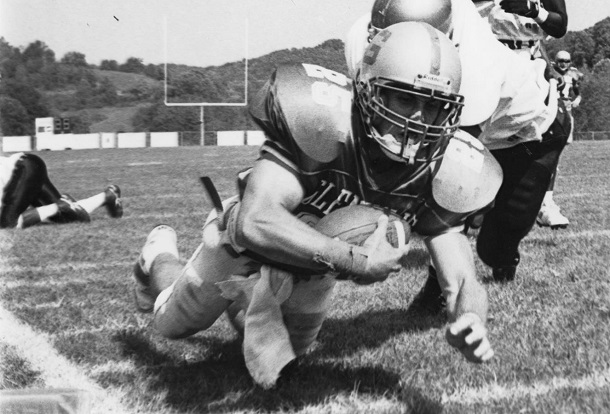 and have been his friend for decades now that I am biased in that assessment. I am certainly biased in the same manner I am certain George deserved a seat at the Hall of Fame table back in 2014 and every year since.
He did not get the call then. He has not gotten the call in any subsequent year. The seat that should be reserved for George is still empty. I am writing about it again because, well, George is nominated again.
The nomination part is easy. And here is why.
For those who do not remember or may simply need a refresher, George competed in football during the Rich Rodriguez era at Glenville State College and, by the end of his career, would become college football's all-time receptions leader.
George would finish his career with nine – that’s NINE – national records. That reception record he broke at the time was held by another small college wide receiver who went by the name of Jerry Rice.
Before going further, I talked with Rodriguez this week about George. Rodriguez, now coaching at soon to be FBS Jacksonville State, has coached at West Virginia University, Michigan, and Arizona, along with assistant gigs at some pretty impressive places like Auburn, does not hesitate when asked if George should be a hall of famer.
“He should be in. I know there are often politics and other things involved, but he is one of the most dominant small college players in the history of college football and the numbers back that up,” said Rodriguez, who started his coaching career roughly 35 years ago at the now defunct program at then Salem College. “His numbers and records were crazy.” 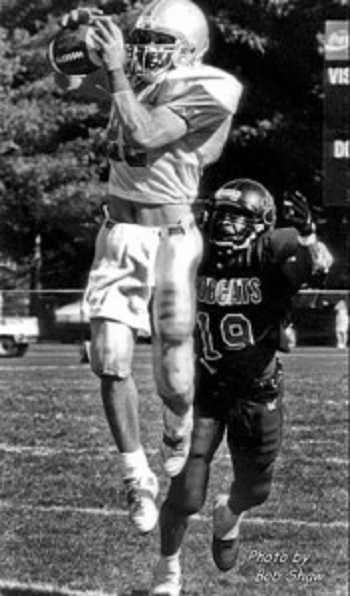 Rodriguez is not wrong.
From 1991 to 1994, Chris George was busy breaking every collegiate receiving record known to mankind as a member of the Pioneers football team. The Harrison County native, Roosevelt-Wilson graduate and current Bridgeport resident wasn’t just breaking records, but he was helping lead the Pioneers and Rodriguez to success at the Gilmer County college that it had not seen before and has not seen since.
Need proof?
George was a four-time choice to the now defunct All-WVIAC team from 1991 to 1994. Incredibly, he caught 430 passes for a massive 6,177 yards with 52 touchdown receptions. His 11.5 receptions and 160.8 yards receiving per game were Division II standards along with the 1993 mark of 144 passes caught for 2219 yards. Those numbers are video game insane.
Better, those numbers didn’t just translate into individual accolades. They also led to two WVIAC titles under Rodriguez, including 1993 when the team battled East Central of Oklahoma for the national championship. The Pioneers would fall 49-35. It was one of two appearances GSC made in that national playoffs during George’s time in Gilmer County.
For years, people have asked if George could have done the same thing at what was then the Division I level (today’s FBS). And there’s one person that knows better than anyone if that could have happened – Rodriguez.
“No question he would have dominated,” he said. “He was one of the best I ever coached and that includes every stop at a Power 5 school as a head coach or an assistant.”
The thing about George is that while he was good in high school, he went to a level of performance that was hard to fathom, yet fun to watch, at Glenville. He was not the biggest, fastest, or strongest, but he was almost always the best player on the field every single snap of every single game.
“He was ambidextrous and threw with either hand, which is why he had as good a set of hands as anyone I have ever coached. Add to that his uncanny hand and eye coordination and you get the ability to catch anything,” Rodriguez said. “He wasn’t blazing fast, but he was fast. He was the quickest route runner as far as making cuts and no one could stop him whether it was single or double coverage.”
While George may unfairly not be noticed now by many of those voting, during his playing days scouts from the NFL noticed him. In fact, 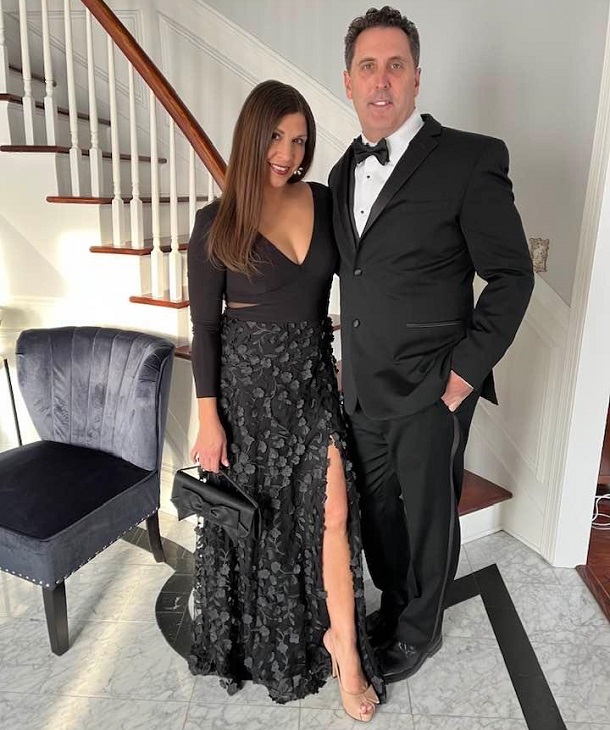 they were regular visitors to the campus about 25 minutes off Interstate 79.
After graduating, George signed a free-agent contract with the Philadelphia Eagles and took part in mini camps before going on to play for the Canadian Football League. He eventually was on the roster for the Pittsburgh Steelers for a short stint before one more run in Canada.
George eventually replaced the football jersey for a shirt and tie. Today, he is in the pharmaceutical industry. George and his wife Alicia have three children, Kirstin, Mia, and William. George was inducted into Glenville State's Curtis Elam Athletic Hall of Fame in 2003. It is past time he should be in the College Football Hall of Fame.
“The bad thing is he would be better today because of the use of a slot receiver. He was doing that before the slot was used widely. He was targeted about 15 times a game and he might be targeted 25 times today,” said Rodriguez. “He reminds me of (the Las Vegas Raiders) Hunter Renfrow, but a bit bigger.
“I know I am biased because he played for me but find me someone who had a bigger impact for their team at any level. He deserves to be in the Hall of Fame,” Rodriguez continued. “I think some voters just ignore small college players unless they had a long career in the pros. I can assure you, today, Chris George would be playing in the pros.”
Again, I do not think he is wrong. What I do think is wrong is George not being in the Hall of Fame. If sports snubs were criminal, the fact he does not have a seat at the table would be worth the death penalty.
Perhaps it is because while many of those voting are students and scholars of the sport, some are not. In fact, anyone can vote. All you have to do is pay the fee to join the National Football Foundation and you are in.
You can read about the NFF by clicking HERE.
You can see a list of all of the candidates and more of the same information on the NFF HERE.
Editor’s Note: Photos of Chris George courtesy of Glenville State University Athletics. Bottom photo shows Chris George with his wife Alicia.