From the Bench: Despite Leaving the Sport He Loves, Tribe's Addison Courtney Walks Away a Winner

Physically, things had not been going as planned for Bridgeport High School senior Addison Courtney on the wrestling mat. It wasn’t a lack of training, a lack of focus or a lack of desire that was causing it.
By the time the Mountaineer Matchup Wrestling Tournament arrived Jan. 17, and Courtney had started, he knew a body that had created a lifetime of headaches was doing something he never wanted it to force him to do. Yet, he was there, and a part of him knew it.
“It was my second to the last match that day and I came off the mat overly tired; really exhausted. I should have been able to go six minutes and be a little bit tired, but this was different. I had been feeling it for a while this season, but this was the worst,” Courtney said. 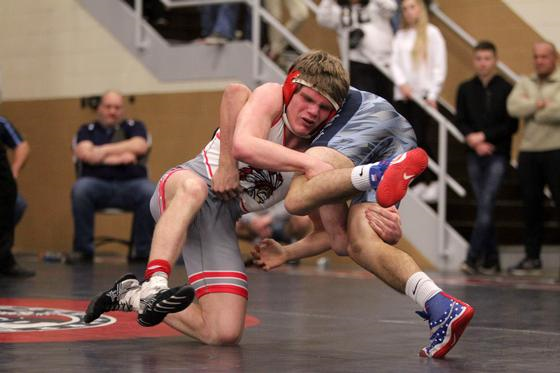 “I couldn’t feel strength; I didn’t feel strong at all. I felt weak, and I knew it was a problem.”
So much so, Addison Courtney got off the mat and looked for the coach’s chair inside the spacious confines of Clarksburg’s Nathan Goff Armory. He dropped behind it to do something he simply needed to be as private as possible in a venue where privacy is almost impossible to obtain.
“I didn’t want to show it to anyone, but I started to cry,” said Courtney. “In my head, my thought process was I may be done with the sport that’s been so important to me since I was a kid. My head and heart wanted to continue but my body was telling me different.”
Before leading to what happened in the minutes and hours that followed, it’s important to know where Addison Courtney has been. If you don’t know his story, you won’t fully grasp just what this young man has endured just for a chance to represent his school, his community, his family and himself on the wrestling mat.
Outside of those closest to him, Addison Courtney had never disclosed the health issues he’s faced. He did last year – in this very blog – and so many comments about his courage and so many comments to me about how amazing it was to what he was doing flowed like water from a spring. All were justified.
You see, Addison Courtney competes in what I still argue is the most grueling sport out there despite being born with disorders affecting his spine, his bowel, bladder and kidneys. 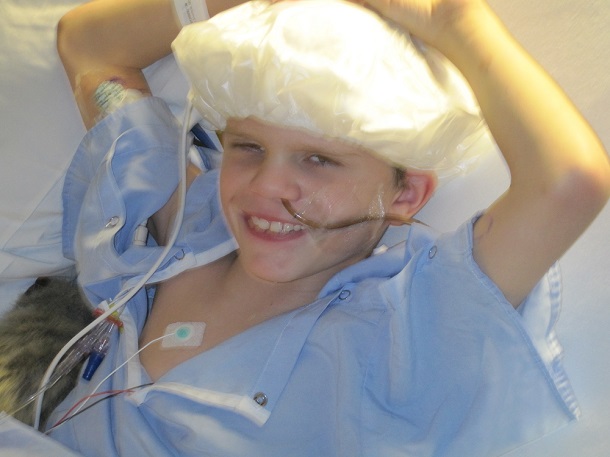 He competes in wrestling after having roughly a dozen surgeries – including multiple surgeries lasting double digit hours. Imagine this guy, who has wrestled for years, is the same young man that had his first surgery coming within the first 12 hours of his life. It was a serious enough surgery Addison Courtney was transferred from Fairmont General to West Virginia University to make sure the proper surgeon could do a procedure allowing an alternative way for essential body parts to function.
Over the first six months of his life, surgeries were frequent. The key reason was to repair defects in an abdominal wall at WVU. Surgeries have continued, but fortunately nothing on the surgery front has taken place since that blog was written about a year ago.
The blog explained his situation. It explained how his goals focused on a state championship using a body whose anatomy had been reconstructed during a marathon surgery years ago.  The goal, heading into this year, was getting to Huntington for the state tournament to bring home a state title.
“I lifted all off season with a volunteer coach and a couple of teammates in Aidan (Gibson) and Josh (Wojociehowicz),” said Addison.  “I 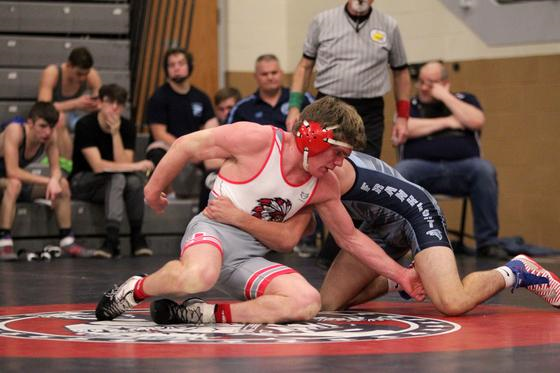 wrestled a lot with Mike Mason and my teammates and, when I was allowed, I went to camps. I was feeling good at the start of the season with no symptoms or anything wrong.  I was open minded that this season, unlike last, was going to go well on the pain front. I thought the goals were obtainable.”
His father, who doubles as a coach and a doctor/surgeon at United Hospital Center, knows the time his son has put in.  And he knows it requires extra effort because of his son’s health.
“His medical condition requires a ton of dedication and discipline to sustain a competitive health to perform in this sport,” said Dr. Chris Courtney. “He has put a lot of work in the offseason and even during the season this year.”
The work was aimed at getting to the states and hopefully win. That goal wouldn’t be reached. In the week after the team’s first match, Addison Courtney felt his body wearing down.
“I didn’t realize what it was, but I just felt overly tired; more than I should be. My thought was I was sick, and I could overcome it,” said Courtney. “I knew it was a problem the last week of practice I wrestled. Getting through the school day, doing homework was a problem. I was tired, had headaches and was achy and needed to rest before practice. 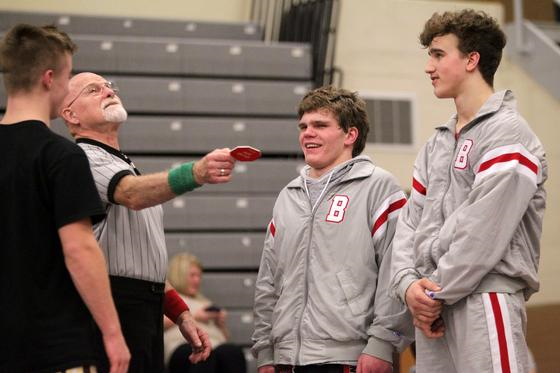 “I didn’t feel as good as I did in the past. I didn’t really know what was going on, but my mom (Toma) knew something was wrong,” he said. “I told her I was achy and tired. I guess the biggest hint, not even from a wins and losses standpoint, was that my wrestling wasn’t good.”
Dad and the coaches knew it too. They had heard the concerns from the youngster and saw a dip in his performance.
“(Addison) had been complaining of muscle weakness and spasm, joint pain, and general fatigue while wrestling. Throughout the beginning of the season we could tell he was not himself. He kept coming off the mat and telling us he knew what he needed to do but his body couldn’t do it,” Chris Courtney said.
And it leads us back to Addison Courtney dipping behind the chair at the Armory to cry due to pain that was physical and mental.
There was one match to go. It was a one-minute exhibition, said Addison. His father said it was a match he didn’t need to take part in if he wasn’t up to it. 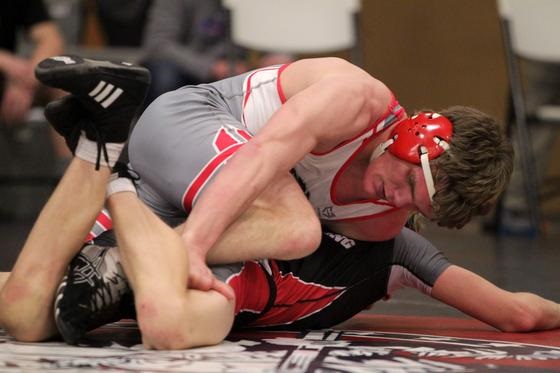 Addison Courtney was up to it. The reason for it was because his body had relayed a message to his mind, and he needed to go out – if it was going to be the case – with a final match where he knew it was his final match.
“In my head, I knew there was a possibility it was going to be the last match because I didn’t know how much more my body could take,” said Addison.
Addison Courtney would win the match. The hardest part, however, was about to come.
“My dad and I were talking in the car heading home. We were talking about how I felt. We barely talked about the wrestling part. We talked about my body and the more I explained since he knows my situation, he pretty much told me it was my decision,” said Addison. “That’s a pretty hard decision for a high school kid to make.”
Addison Courtney said his father didn’t try to persuade him one way or the other. However, he told him something – that coming from an 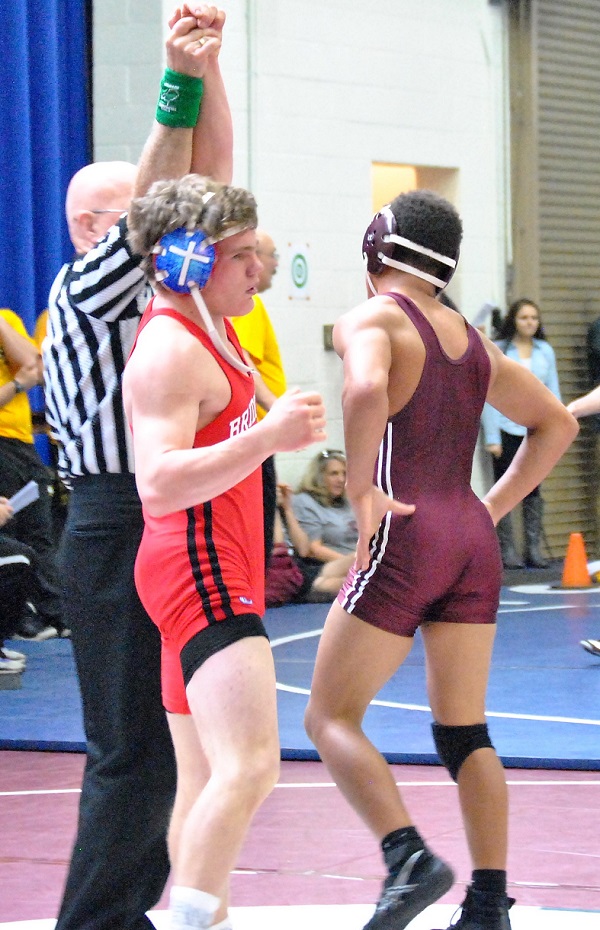 uber competitive father who was a standout athlete in his own right – let him know it was okay to do what his body and mind agreed on.
“He looked at me, and he’s still not pushing me one or the other, and said it is 100 percent okay if you stop,” said Addison. “He was clear in telling me there’s nothing bad, nothing to be ashamed of if you stop.”
Perhaps knowing his father wouldn’t be disappointed in him made the decision easier. But the decision came. And the sport he was involved with since the fourth grade and one he hoped last year to continue in college was over.
“I was actually relieved,” said Addison. “It’s only been a few days, but I also feel physical relief because I’m able to move around and not be tired.”
He’s also able to stay involved. His dad is letting Addison help coach younger guys and run some workouts and that will even allow him to wrestle occasionally.
“I’m fine with that,” said Addison.
His father is fine with it, too.
“He has been the nucleus of this team since his freshman year.  He is going to remain in practice and help the team in any capacity he can,” said Chris. “As a father, it is very tough to see the end of his wrestling career. However, I witnessed on a daily basis the sacrifice he makes just to have a normal day.”
The new normal for the BHS senior won’t include competitive wrestling or that state tournament trip. The young man should realize one big thing in a decision he made that was best for him and his future.
Addison Courtney doesn’t need his hand raised in Huntington or any other venue for that matter.  He’s already shown he’s a champion.
Editor's Note: First four photos of Addison Courtney wrestling, including the one with him and teammate Aidan Gibson, are by Ben Queen Photography. Photo of a young Courtney after one of his many surgeries is courtesy of the Courtney family.  Bottom photo, prior to his senior season, was taken from the Indians Wrestling Facebook page.