From the Bench: Difficulty in Shaping "Most Difficult" Slate in BHS Football History Leaves Cole Frustrated

When Bridgeport’s sports classification was switched to Class AAA, Coach John Cole was certain the process to complete the schedule was the most difficult he has ever been involved with. It is probably fair to say he was not anticipating a global pandemic when that 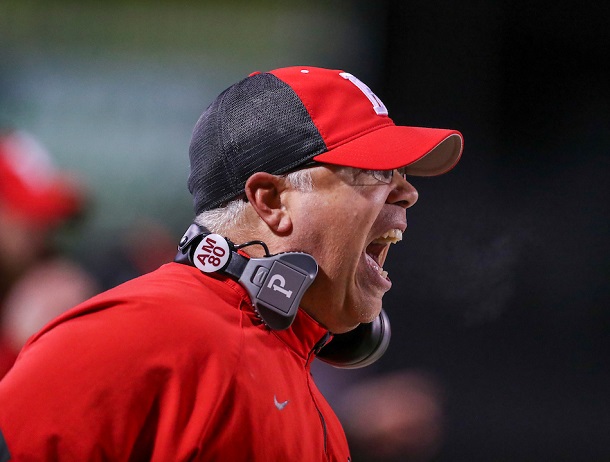 through process crossed his mind.
Now, what took place months back does not seem as bad as it felt. He has COVID-19 to thank for that.
With Governor Jim Justice and the WVSSAC announcing the first week of the 2020 football season was officially scrapped, that eliminated the Indians’ game with Lewis County. The worst part was that it eliminated one of just four home games on the schedule.
What that meant was BHS had to find someone to compete it is lone open week – Week 11 – and, more importantly, try to get them to come to Wayne Jamison Field. After tedious work by Cole and, as he credits, the Bridgeport High School administration, the matter is done.
Earlier this week, Cole confirmed what others had been talking about. Class AAA Huntington will replace Lewis County on the Tribe’s schedule. BHS will host the Highlanders Oct. 30, or what is week nine of the new 10 games in 10 weeks format.
“I’m glad to get it out of the way period. It’s been really tough on our administrators, especially (Assistant Principal and Athletic Director) Mr. (Mark) Jones who did most of the calling,” said Cole. “We just went through what I thought was the worst headache ever trying to get 10 games in and then this happened. Honestly, the whole schedule thing has been, for almost a year, a disaster. It's just been so frustrating.”
Cole knows his Indians are not totally alone. Plenty of schools were impacted by reclassification. It is also known a lot of teams simply do not want to play Bridgeport with the possible exception of teams like Martinsburg, which would have already made a loaded schedule 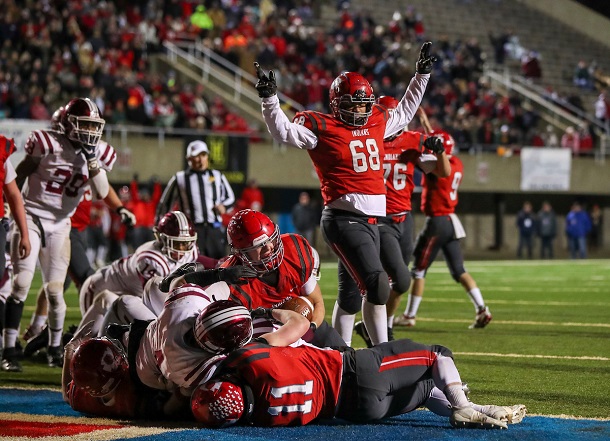 transforming to ‘AAA’ a challenge to go up against teams with double enrollment or more.
“Everyone scrambled, but I know we scrambled a little more than others,” said Cole. “It has been hard to find games, a home game, where the matchup in our move back to ‘AAA’ benefits the program.
“Personally, I think it would have been easier for everyone involved had they just moved everything back a week,” Cole continued. “When they just canceled the first week everyone was in scramble mode; some worse than others. We fell under the ‘worse than others’ category.”
The visit by Huntington, as of now, does not include a return game, said Cole. The coach also said it was only possible because new opponent Musselman provided Bridgeport with the flexibility of moving its game with the Indians to the final week of the new season if it would help.
It did.
“Musselman gave us wiggle room and allowed us to approach scheduling with a two-week window to help get us a contract,” said Cole. “Even with that benefit, the whole process has been stressful.”
The schedule is loaded too with three brand new and one relatively new ‘AAA’ schools. The Indians open with Morgantown in Monongalia 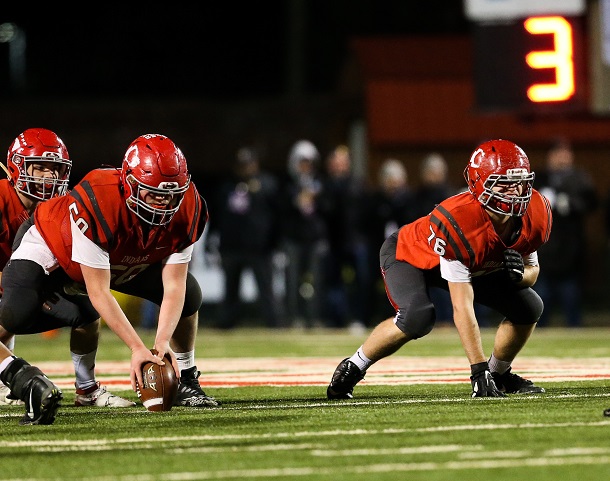 County Sept. 4.  On Oct. 2, BHS will visit Parkersburg South and close the season Nov. 7 with a long trip to Musselman along with the game against Huntington.
“You look at some of those schools we’ve added, and they’ve got twice as many students. Beyond that, they are good programs coming with talent everywhere,” said Cole. “Hopefully, we’ll be competitive. I feel we have a chance because we’ve got a talented group coming in, but they have a challenge in front of them.”
And what is the challenge beyond the new schedule?
“I think, regular season wise, this is the toughest schedule in school history. I go back to the mid to late 1970s and can’t think of anything this difficult,” said Cole. “Before that, I’m not sure, but I think the schedules prior to that were probably tough but were all pretty much local. Who knows? I just know we have our work cut out for us.
“Bottom line, our team and our coaches better be ready,” Cole continued. “It’s a shame, because everyone is dealing with it and would have loved to have been in the weight room in March, April and May. At the same time, we’re a power football team and that’s where a lot of the difference is made. Bottom line, this is what we’re facing this season – if we have a season – and we’ll go out and compete.”
Editor's Note: Top photo shows Coach John Cole shouting encouragement during the 2019 state title game, while returning lineman Devin Hill is shown celebrating one of the Indians' three touchdowns against Bluefield. Bottom photo shows center Peyton Henderson and Tanner Saltis, right, getting ready to block against the Beavers. Both will be back this year. Photos by Ben Queen Photography.