From the Bench: Football Season Start is Weeks Away and Indians Already have Big Schedule Change

The start of the 2019 football season is nearly two months away, but there’s already been a change in the schedule for Bridgeport High School. And for some, particularly those out of the area, it will be welcome news.
Bridgeport’s annual showdown with Fairmont Senior will no longer be played on Friday, Sept. 20 as initially planned. Instead, the game will take place on Thursday, Sept. 19 at Wayne Jamison Field.
The reason for the change is simple. The game is one of five contests this season that will be broadcast via live stream on the MetroNews Web site’s streaming channel. 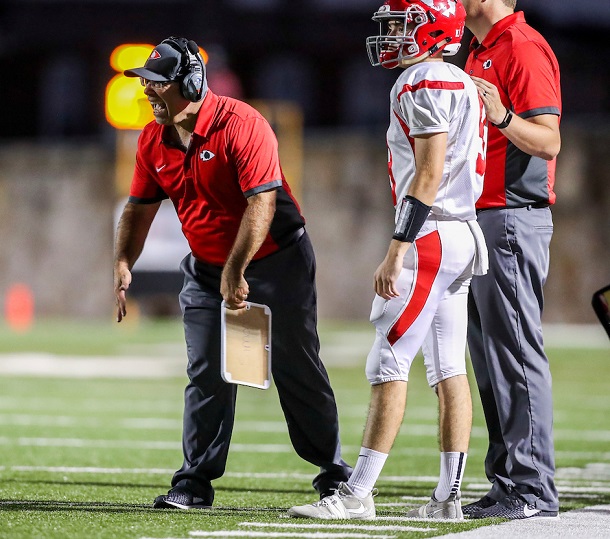 For those that follow Bridgeport football, the program has regularly been featured on MetroNews when they’ve opted to do live streaming of football games in recent years. However, this year the program has been expanded.
“In the past, it was typically a kickoff game the first weekend of the season on a Thursday night and then that was followed with the Fall Classic game in October,” said “The Voice of the Indians” Travis Jones, who works with MetroNews, said. “This working off that idea and advancing our statewide exposure and the method to do that was a primarily Thursday night package of five games.”
And that’s what will happen with BHS and Fairmont Senior. The two teams met last year on Thursday and it wasn’t exactly a great football game as the eventual state champion Polar Bears rolled to the win.
“Last year, with our inexperience and how good they were, I don’t think it would have made a difference had we played Friday. One extra 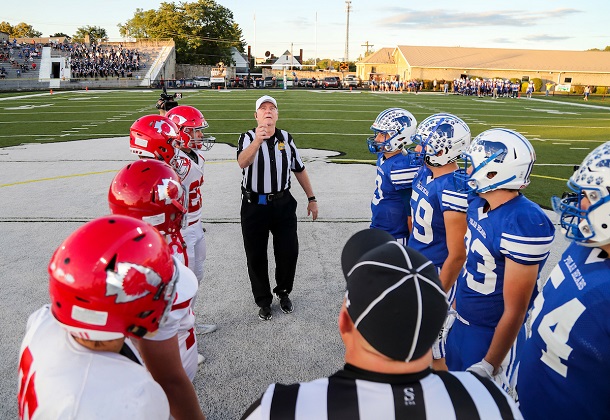 day just wasn’t going to do it,” said Cole. “This year, we hope to have a more competitive game in what’s been a very competitive series for the most part.”
Jones agreed.
“With the exception of the 2018 game, the prior games over the course of the last five seasons or so have often come down to a play or two late,” said Jones. “In Class AA across the entire state this is usually one of the premier games. You have a Fairmont team that has been to the state championship game three years in a row and a Bridgeport team that’s been in the semifinal eight straight years.”
While Jones will call several of those games on the air with color analyst Rasheed Marshall, he said he’ll be doing radio as he typically does the night of the Bridgeport game with the Polar Bears. Other games, which are those where Jones has a conflict on a Thursday 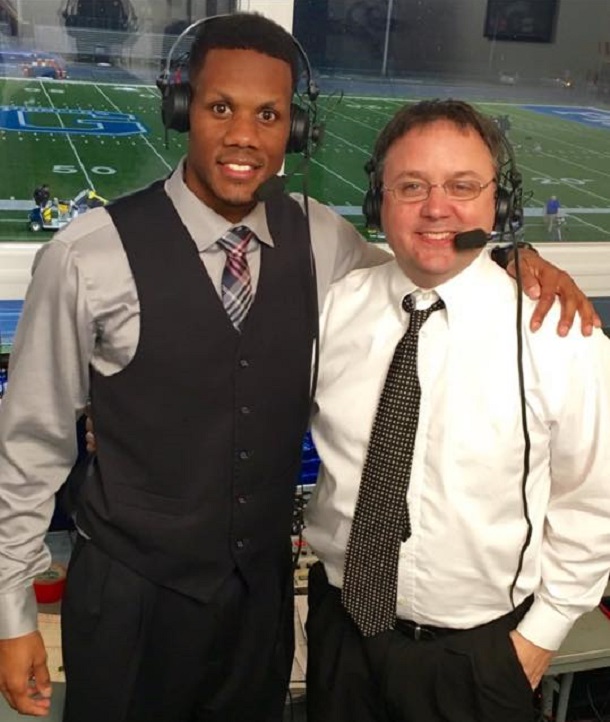 having to call a Fairmont State University, will see Kyle Wiggs or Fred Persinger handling the play by play.
Cole said if all things were equal he would prefer all games to be played on Friday. However, he understands the move and doesn’t mind it.
“I think for the most part what our administration was thinking this allows a lot of people from out of the area, out of state, to be able to watch the game and I think they know the kids like it. It’s intriguing and fun for them to know they’re playing in front of an audience much bigger than just what’s in the stadium,” said Cole. “The principals consult with us about this, but it’s ultimately their decision and it’s a decision I have no problem with.”
Cole said it became easier to handle when surrounding logistics were worked out. Most notable, he said issues regarding get a junior varsity game played on a different date that appears to be handled was at the forefront.
“You never want to cancel a football game at any level,” said Cole.
Other games that will be aired included Williamstown (11-3) vs. Wheeling Central (13-1) on August 29; Ritchie County (7-4) vs. Doddridge County (12-1) on Sept. 26; Wheeling Park (7-4) at Morgantown (5-4) on Oct.10; and Parkersburg South (7-4) at Morgantown (5-6) on Oct. 18. All games, with the exception of the Parkersburg South game at Morgantown (Friday), will be played on Thursday evenings.
Jones said there’s a possibility more games could be added. He said the hope is to add a game from the Kanawha Valley and perhaps the panhandles, but that the aforementioned logistics of moving a game to Friday is often difficult on programs.
Editor's Note: Top photo shows BHS Coach John Cole trying to make a point as quarterback Devin Vandergrift stands on the sidelines with coaching staff. In the second photo is the coin flip prior to last year's BHS-Fairmont Senior game that was aired on the MetroNews channel, while Travis Jones, right, is shown with Rasheed Marshall. The two will call several of the MetroNews games being shown live this year. Top two photos by www.benqueenphotography.com.