From the Bench: For 2003 BHS Alum Christian Marsh, it is Officially Time to Announce an Early Retirement

The end is at hand for Christian Marsh.
The good news is that he is not on his death bed despite being plugged up to an IV machine several times in recent weeks. The better new 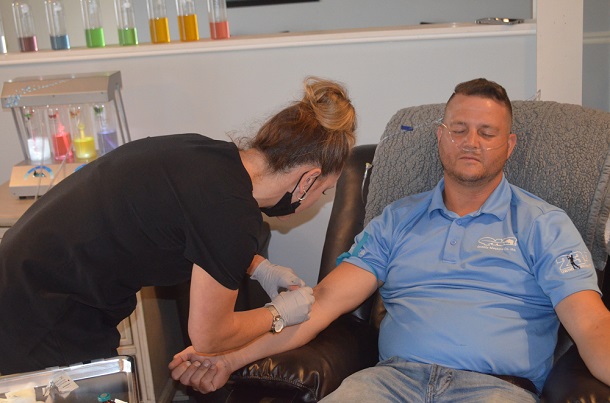 is that before the end arrives, he plans on doing something pretty special – once again – for the United Way of Harrison and Doddridge Counties.
For the third year in a row, Marsh will take part in a marathon day of golfing at the Bridgeport Country Club that has been simply dubbed “The Golf Marathon” on June 22. And while the naming is simple, the marathon itself is not.
“I barely recovered last year,” said Marsh.
There is a reason for that. Marsh’s “marathon” raises funds for the United Way in question. The 2003 Bridgeport High School graduate hits the links before the sun comes up and usually 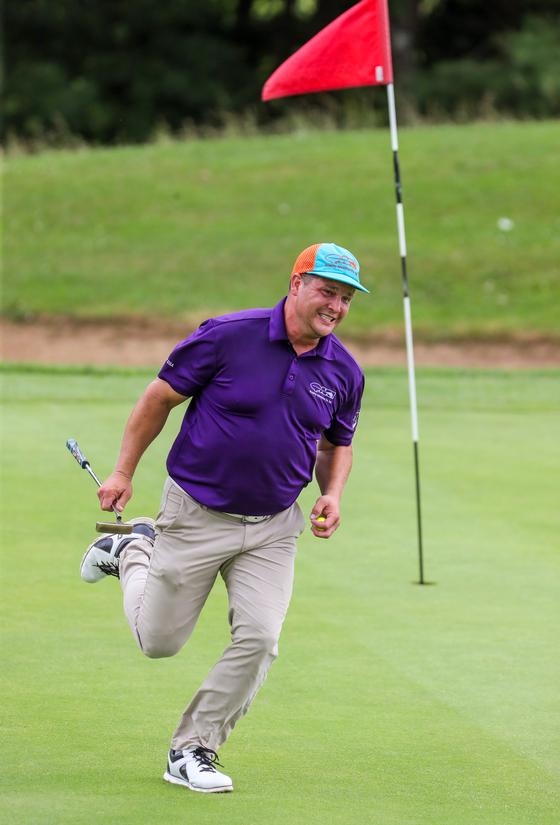 finishes as the sun comes down.
Sound easy? If you were taking it leisurely and eating and drinking with friends, you might enjoy it. If you are Marsh, the goal is to do as many rounds, and ultimately shoot as many holes, as possible.
In the first year, Marsh played 13 rounds and 238 total holes for 15 hours – all of which were daylight. Last year, he started at 4:30 a.m., got in 16 rounds and 288 holes, while playing 16 hours.
This year, he is starting at 3:04 a.m. to tie in with the 304-area code. And he is going for 304 holes, or two holes short of 17 rounds.
“I’m back for more in the 304 is what I’m calling it,” said Marsh.
As he has gotten older, Marsh knows the toll it takes on his body as he pretty much rushes from hole to hole. This year, he is taking it far more serious on the physical approach.
“I’ve been training all year since I ended last year. At the end last year, I was ready to collapse,” Marsh said. “I’m 15 pounds lighter and in much better shape.”
This past week, he jogged 27 holes in three hours. He has been playing golf and using a pushcart as well to get ready.
“I’m doing the best I can to be light and in shape as far as cardio is concerned,” he said. “I even got a cortisone shot in my knee and have been doing cryogenic treatments and IV infusions and Revitalize Health Spa to keep my electrolytes up.”
Marsh is hopeful the amount he can raise will be up as well. And make no mistake, it is significant money. 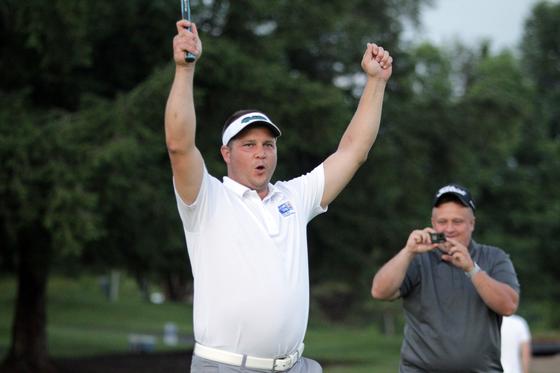 The first year, he raised nearly $25,000. Last year, with late dollars coming in, he pushed it to close to $30,000.
“I just want to beat last year’s number and feel confident with using my current donor bases and spreading the word that I can get that. Honestly, I would really like to reach $40,000,” said Marsh.
In order to do that, Marsh said the easiest way to assist is to go to the new Web site – www.unitedwayhdc.org – and go to the portal there. He said most people typically donate a dollar a hole with one individual donating $5 a hole. He said any amount will work and anyone wishing to simply do a straight donation can do that as well.
To raise the most money, Marsh must complete the most holes he has ever completed in the marathon golf session. To do that, he is treating it differently than the first two years.
“I’m treating it like a marathon runner and not eating any food,” said Marsh. “I’ll have energy gel packs that runners use and drinking Pedialyte because I need maximum electrolyte absorption … I’ll keep drinking water too. Last year, I drank 24 bottles and I imagine I’ll 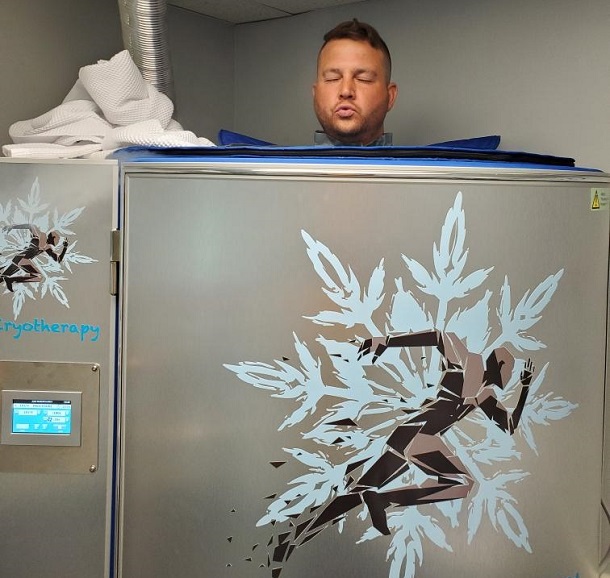 drink that much this time.”
As for food, it is a non-starter this year.
“I’m not even going to try because my stomach got upset. It will be the gel packs with the pure energy in them as the only thing I eat,” said Marsh.
Eating will take place when the Golf Marathon is complete. And when it is complete, so is Marsh’s three-year run.
“I’m not coming back. It’s my last year on the United Way board and I’ll timeout in March as president,” said Marsh. “I’ve enjoyed it and feel like I’ve been able to use some of my abilities to affect positive change in the community through United Way.
“There’s a season for everything and I’m ready for the marathon to be over and on to some new challenges,” Marsh said. “I’m sure I can find something to replace this with my wife and kids.”
If Marsh cannot find anything with his family, perhaps he can consider some sleep.
Editor's Note: Top photo shows Christian Marsh getting IV therapy at Revitalize Health Spa, while he's shown in action at last year's event in the next two photos by Ben Queen Photography. Bottom photo, also at Rejuvenation Med Spa, shows Marsh getting a cryotherapy treatment to help him prepare.