When your father is a football coach, and your older brother is entrenched in the game by the time your able to realize what is around you, some would adhere to the theory there is a good chance those surroundings may shape your future.
Is it the case? I do not have a hypothesis or any formal studies backing that claim. I do, however, have one heck of an exhibit for that theory from the real-life scenario mentioned above.
Ladies and gentlemen let me present to you Exhibit A – Brett Hathaway. Correction, allow me to present South Harrison High School football Coach Brett Hathaway. 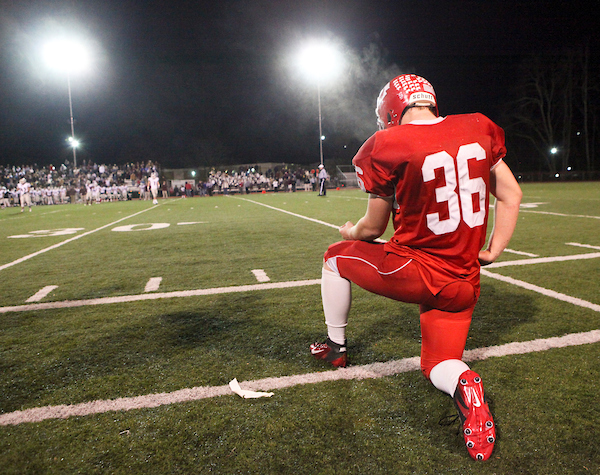 You remember Hathaway? He was a bull of a running back for the Indians from 2010-2012, getting most of his damage his junior year in Class AAA and his senior year in Class AA. Since 1997 only Jake Bowen, Corey Wagner, and Dylan Tonkery have more yards than Hathaway’s 3,183 yards for the Tribe that featured a spectacular career high 272 yards in a playoff loss to George Washington in the Class AAA semifinals.
Of course, the 2013 BHS graduate is remembered by some as a coach for the Tribe. He coached at BHS in 2013, 2014, 2015, and 2016 as a volunteer and became a member of the paid staff in 2017 – the same year he graduated from Fairmont State University with an education degree. For the last three years, he has been coaching as the defensive coordinator – along with helping with the running backs – at South Harrison High School. Along the way, he has also been teaching full time at Robert C. Byrd High School.
The time and love spent with football comes through osmosis, a birthright. Call it pigskin DNA.
His father Jeff played for the Indians and has been coaching for as long as most can remember, currently as the freshman coach of the 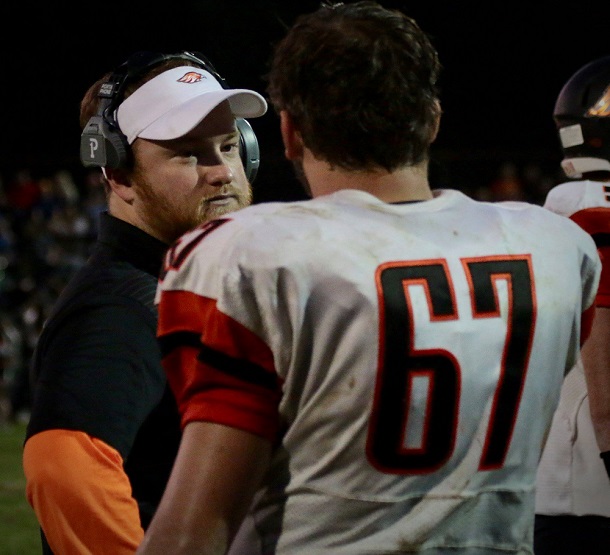 Tribe. His older brother by nine years, B.R., was a standout for the Indians as well, making his mark as a quarterback.
“I started playing tackle football in second grade and dad was the head coach, which should tell you a lot,” said Hathaway, whose sister Natalie and mom Janet coach the BHS cheerleaders. “It’s all I’ve ever known for as long as I can remember.
“I am actually one of those kids who was drawing up football plays in the dirt and I’m still drawing them up,” he continued. “With B.R. being nine years older, I was going to all of his games as well. Football, coaching, and my family go hand in hand.”
To play for so long, and to play for a varied number of coaches from head to assistant in his still relatively young age, it may seem like the coaching style Hathaway has employed as a coordinator in Lost Creek and will employ as a head coach this fall is shaped by his father, or perhaps one of many established coaches he worked with on the Indians’ staff. Or maybe it was Hawks’ head man Chris Underwood and members of his staff.
The answer to which one is yes. Do not understand? Hathaway explains.
“I can’t pinpoint a name of a coach, which is the great thing about football when you get to the point of being a head coach,” said Hathaway. “You realize you take bits and pieces from where you played and those you work with. What I’ve developed and like is a result of a whole lot of people as well as myself.” 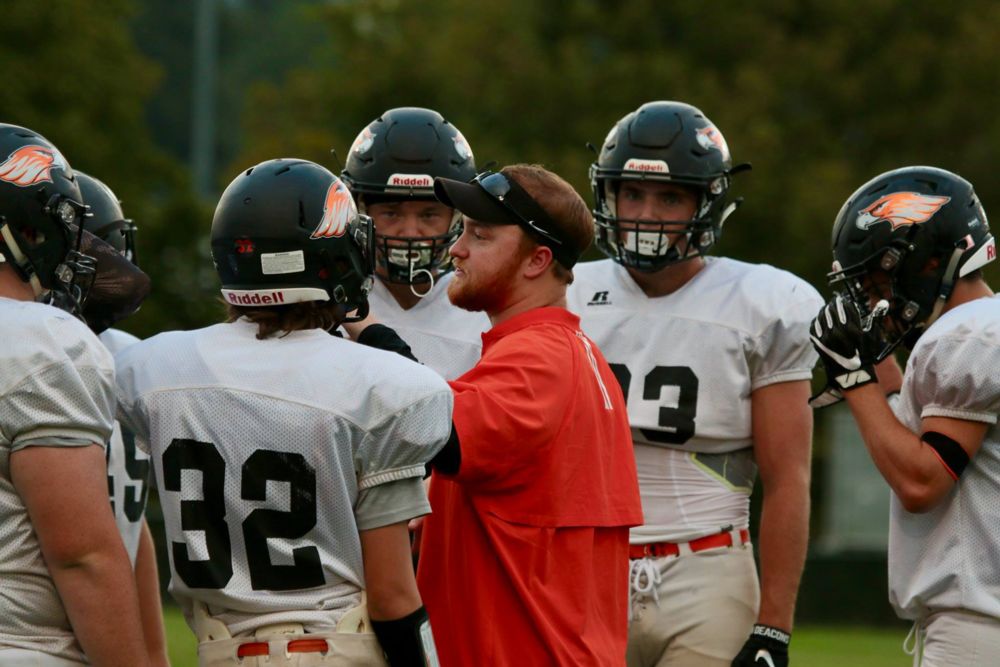 It is safe to say his most recent boss, Underwood, had a tremendous influence on Hathaway. In fact, despite how things worked out, he was sad to see him go.
“Right off the bat, I got along great with Chris. What wasn’t great was seeing him leave,” said Hathaway.
Yet, he knows Underwood’s departure set the stage for Hathaway’s next coaching act. And it did not take long to decide he wanted to run the program – something he has known he has wanted to do since he decided to coach.
“When Chris left, the only thing I was happy about was the opportunity it presented. It didn’t take me long to decide to go after the position because it was something I wanted to do,” said Hathaway. “It was always a goal, I just didn’t know if thought by age 26 or 27 I would be a head coach, but it happened. You don’t do this if you don’t love the game, the kids, and the passion that comes with it. I thought it would happen a little further down the road, but I’m glad the road is now.”
The road in coaching in southern Harrison County will start out, Hathaway said, by focusing on the basics and being aggressive. After all, 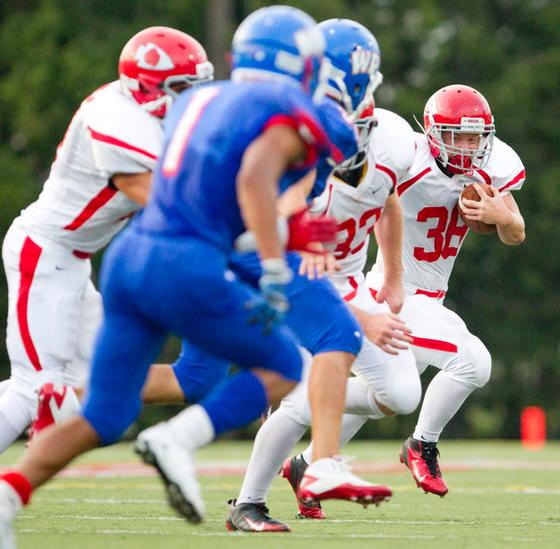 that is what he knows, and it is a trait traditionally associated with his alma mater and the Hawks.
“We’ll be a gap team, power football offensively, and limit mistakes. We may expand on what we do, but I know for sure we’re going to play hard each down on both sides of the ball,” said Hathaway, who will have a familiar face as a new assistant in Robert Shields. “You don’t have to do crazy stuff to win. I grew up being told by everyone that getting a little more than three yards a play will get the job done. Some people laugh at that, but it works.”
Hathaway, who still lives here in Bridgeport, is ready to get to work. The former all-stater sees a long future wearing the Orange and Black.
“You never know what the future holds, but I have absolutely no plans but coaching anywhere but South Harrison well into the foreseeable future,” when asked about a job change or consider a move up to college in the years ahead. “I’m where I want to be at this point in my life.”
Now, he hopes to take South Harrison where it wants to be. And that is to a state championship. If you know Brett Hathaway like I do, if the talent develops, the only variable in that equation may be time.
Editor's Note: Top and bottom photo shows Brett Hathaway during his time as a member of the BHS football team (Photos by Ben Queen Photography). Middle photos of Hathaway during his time as an assistant coach for South Harrison High School are courtesy of Karey Kirkpatrick.