From the Bench: Former BHS Standout with Pedigree for Coaching, Chris Carey, to Head Indian Program

Sometimes, opportunity is created by a series of events that may be positive and negative. Such is almost certainly the case with Bridgeport’s Chris Carey.
About this time two to three years ago, Carey seemed set. In his early 30s, he had a secure job at Mylan Pharmaceuticals on the professional front and he and his wife Erica were busy raising their two boys on the personal front. Things were good. 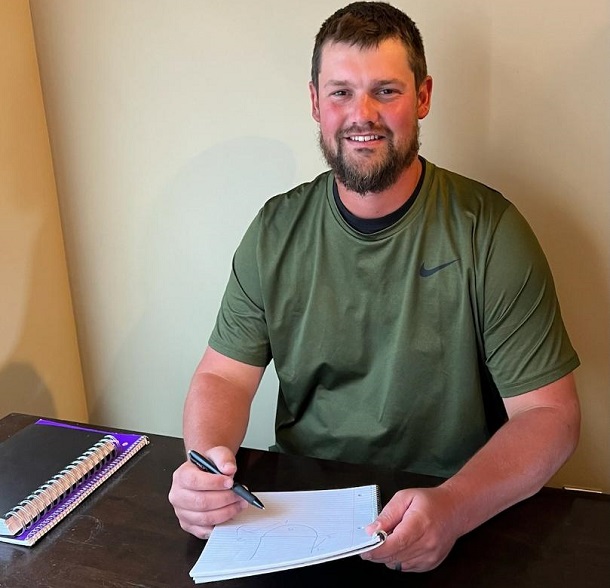 It was also around that that Carey and his father Mike – still coaching the West Virginia University women’s team at the time – had contacted Dave Marshall about any coaching openings at the time with the BHS basketball team.
There were none. Marshall assured both father and son if an opening came up, he would contact Chris and, at the time, it was as much curiosity about coaching as anything because – as noted above – things were going well.
That would change. All of it.
On July 31 last year, it was the final day of operations for Mylan Pharmaceuticals. All of the sudden, the entire dynamic for Chris Carey and his family changed.
“I worked there for 11 years before they shut down and I had to find something to do,” said Carey.
That something is a path his mother Cheryl and father both took when starting their careers. He looked into teaching, and the first step was to earn a certificate to be a substitute teacher in Harrison County.
The next step has Chris Carey enrolled in a pair of online classes for the fall that, if he passes, will allow him to earn his permanent 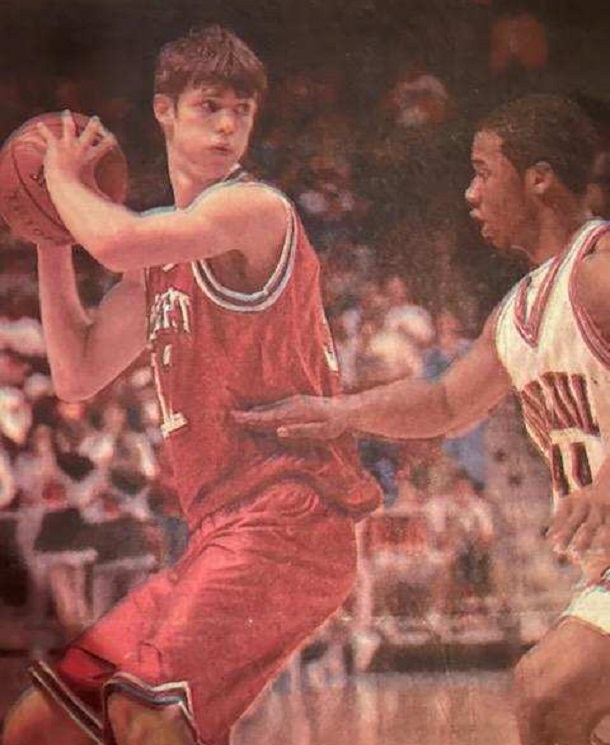 teaching certificate.
“That’s the new path of life I’m on,” said Carey. “I would have never thought that a few years ago, but things change, and you deal with it.”
Things changed earlier this year on another front. Marshall remembered that phone call from Chris Carey. And when the BHS freshman basketball position opened up, Marshall called Carey to see if he would apply.
“I told him to remember me if there was an opportunity, and he did,” said Carey, who applied.
After the interviews, the recommendation to the Harrison County Board of Education, and the approval by the BOE, Chris Carey is the new Indians boys’ basketball team freshman coach. This may surprise some, but it is Carey’s first basketball coaching gig at any level.
Why would that be surprising?
For starters, he was a basketball lifer. He played two years at BHS, including starting on the school’s 2005 Class AA state semifinal team, before finishing out his prep career at Morgantown High School after his family moved there.
That was followed by a two-year stint playing for Fairmont State and then closing his college career in Harrison County. He played for his father’s alma mater Salem College and Coach Andy Sorine and graduating with a degree in business – and the entire time his father was climbing and succeeding at basketball on every stop. On top of that, his younger brother Craig was an assistant coach on his father's WVU squad.
One might believe he was meant to coach. 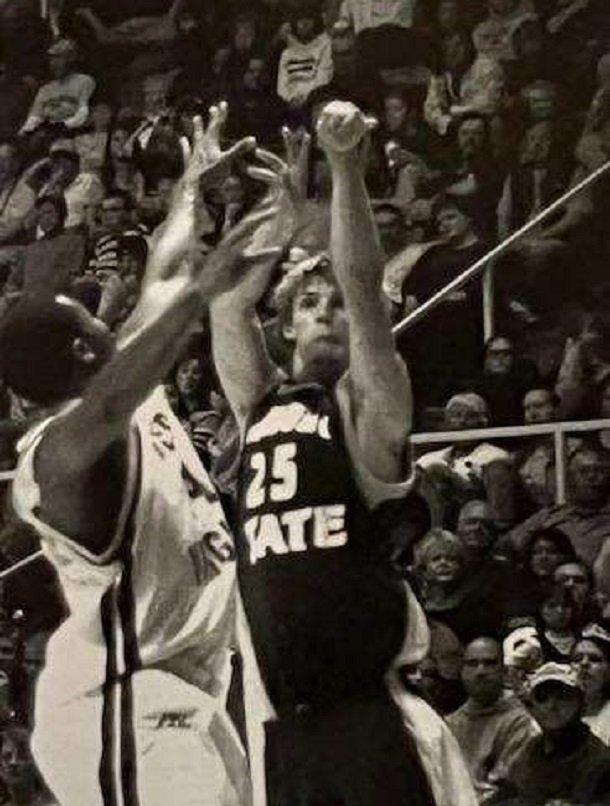 However, between Chris Carey’s playing days and now, Carey got his job and got married to the former Erica Rome, arguably one of the top girls’ basketball players in Bridgeport’s history. They have raised a 9-year-old and a 7-year-old.
While the family came quick, coaching was not much of a thought. In fact, he was a bit burned out by the game.
“I’ve played college and before that played high school and at the youth levels, so I had played my whole life. When I was done, I needed a break,” said Carey. “I worked midnight shift at Mylan so to work there and coach basketball would have been difficult.”
That dynamic changed with midnight shifts out and school hours in with the profession change. That, plus the fact he had a bit of a coaching itch and is in the BHS neighborhood worked out well.
“With the hours I have as a substitute and hopefully as a fulltime teacher, it is perfect timing,” said Carey. “I needed a break from the game and about 12 years later I’m ready to get back into it. I know I will enjoy it.”
Part of that confidence comes from the fact he is coaching his boys in the West Virginia Patriot Baseball league in Bridgeport. He is the 10-U head coach and the assistant coach on the 8-U squad.
“I like it, and now I’m going to coach the game I’ve been around my entire life. I feel comfortable with Coach Marshall because he plays the similar style of what I learned, which is hard-nosed defense and hustle,” said Carey. “I’ve been around him as well because when I used to go to Salem camps when my dad coached there, Coach Marshall was usually the first coach he’d call to come and help with the camps.”
Even with the pedigree, Carey is aware of his lack of experience. And he is grateful for the chance to play under Marshall and have the 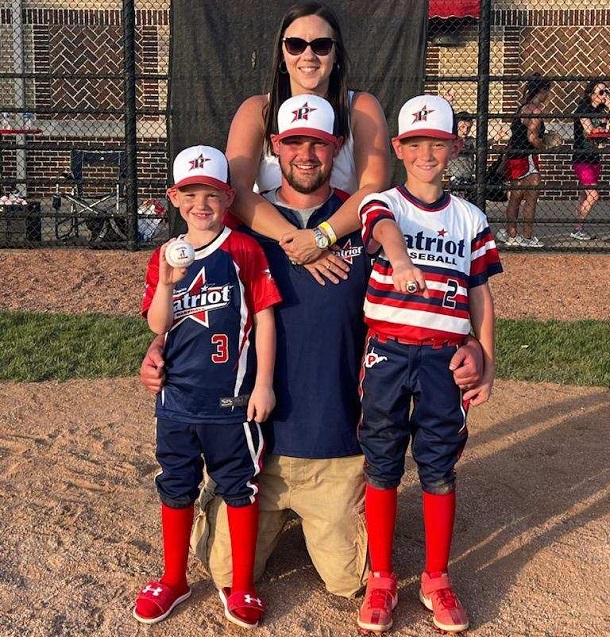 ear of his father as needed.
“I’ve never been a head or even an assistant coach. I’ve never been the guy the players came to as a coach looking for answers in basketball,” said Carey, now 35. “Coach Marshall will help guide me through that process and I’m thankful he gave me an opportunity too good to pass up.”
Marshall said, in a way, it is a payback.
“I hope to help him learn in a manner that his father helped me,” said Marshall. “He already has the interest to do this and the one thing I know for sure is he’s loyal, and that is important. I know he’ll figure out the game because of who he is because, basketball-wise, there aren’t too many smarter. On top of that, his wife Erica is one of the best players I have ever coached so the knowledge is there, the loyalty is there, and I know for certain the competitiveness is there.”
As for leapfrogging up the coaching ladder like his father did, who also started at the prep level as a coach at the non-head varsity level, Carey is not sure. He said he is still getting the feel for his new life path.
“You always try and improve yourself, but this is the first step you have to take if you want to advance in a coaching career, and that’s only if I choose to take that route,” said Carey. “I can turn to Coach Marshall or my father for guidance.”
Here is one final tidbit. He may not have to turn far for his father’s advice. Carey said his dad Mike wants to be a volunteer assistant. If that happens, if Mike Carey clears the hoops necessary and gets the approval from the BHS administration and the BOE, he will have more than his fair share of guidance at a prominent level.
And I will have another blog.
Editor's Note: Top photo shows Chris Carey doing a little work at home, while his second photo is from his playing days at Bridgeport High School. In the third photo, he is shown putting up a jumper during his time at Fairmont State. Bottom photo shows Chris with his wife Erica and their two sons after a Patriot baseball game. All photos courtesy of Chris Carey.