From the Bench: Indians have Another Batch of Key Ingredient to Championship Level Football Success

It goes back to Wayne Jamison’s era, and probably before. It continues with great success under the current coaching administration.
Every year, when football practice starts for Bridgeport High School, there is a new senior face or two that shows up. Sometimes, they are unexpected because the youngster did not participate in offseason conditioning. 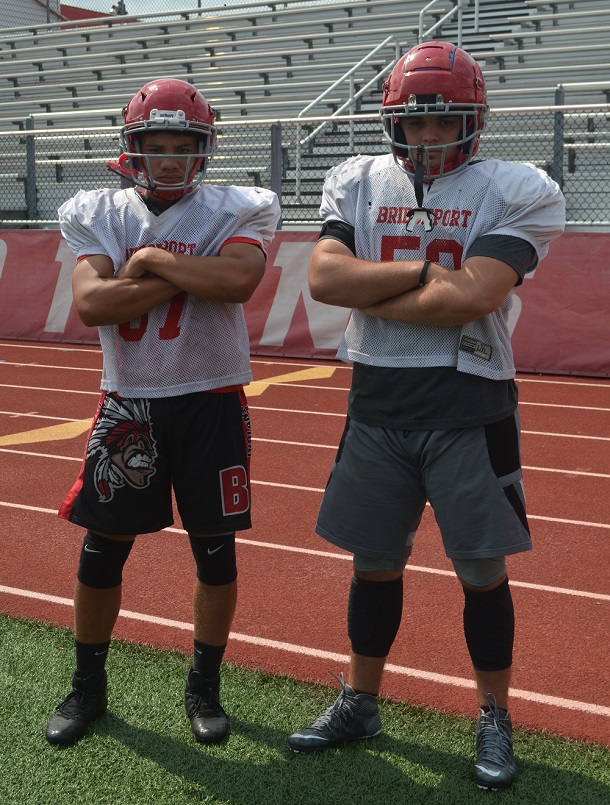 Other times, the coaches know they are coming. The reason being that they did show up for offseason conditioning.
What is most important, however, is just how quickly the new first-year seniors can make an impact on the team – if any. Last year, it was Sam Romano who showed up and became invaluable as the team’s punter, top receiver and return man. On more than one occasion, Romano’s returns and receptions turned a game into the favor of the Indians.
Vincent Turner was another one. By the end of the year, he was a blocking machine at the end position that helped clear a path for the Indians ground and pound offensive attack.
In 2018, it was Garrett Crumbless and Connor Robe.
Who is it going to be in 2020?
The question won’t be answered until later. The candidates, however, are already known.
Peyton Kirkpatrick, Kemo Summers and Angel Romo are the three players that are out for the Indians for the first time. Two are returning students and BHS, while one is a transfer.
The transfer is Kirkpatrick, who comes to BHS from South Harrison. Cole said he’s about 6’0 and has the ability to play on both the 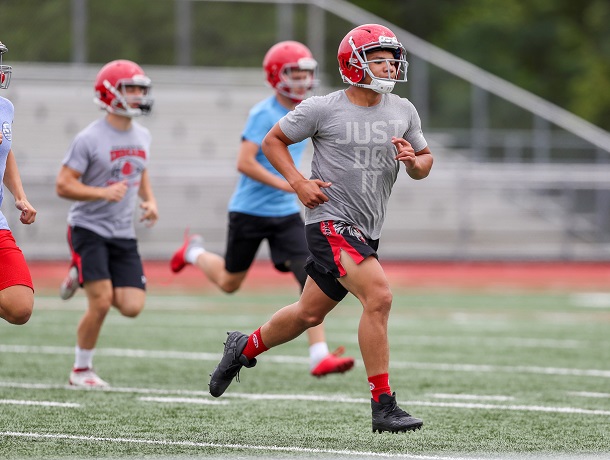 offensive and defensive side of the ball.
“He’s been very active in the program, so he has an investment in to how things turn out after spending a lot of time in the weight room,” said Tribe Coach John Cole. “He’s a good kid who has potential, but we have to see what happens when he’s hitting and getting hit and whether or not he’ll be able to execute. The good news is that he’s here.”
As for the other two players, the most notable name is likely Summers. And that has to do with the fact he’s been a standout on the Indians’ wrestling team.
“He came out before, but he’s back this year and we hope he sticks it out. He’s about 5’8 and has a different look this year, and in a good way,” said 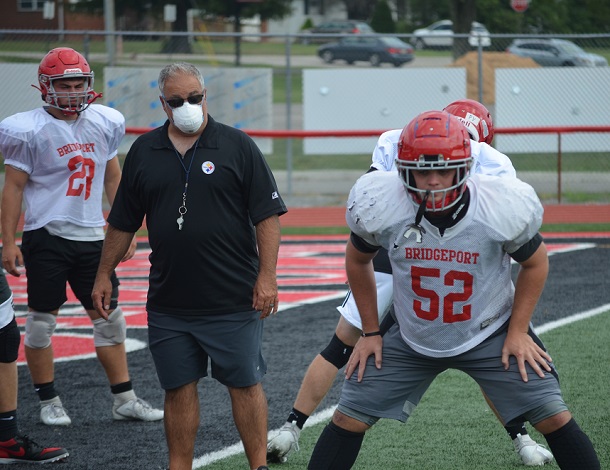 Cole. “He can give us some help as a skill player, maybe at defensive back or a backer.
“The good thing about the kids from the wrestling program is that they take to contact well, use their hands well and, as a general rule, they’re in control of their bodies,” Cole continued. “The other bonus is they’re fairly tough kids in most cases.”
Then, there’s Romo. Cole said he was a glad to see another first-year player out looking to get some snaps for the varsity club.
“He’ll give us a boost on special teams, or perhaps at end,” said Cole. “You see a young guy like him show up and you wish he would have had a chance to go through the program because if they’ve been through the program they have discipline as a result of failing a few times before getting success.
“Angel can get there,” Cole continued. “Once he does, not matter what, he’s accomplished a big part of what we need him to accomplish to be in a position to help us out. We usually have someone that helps out.”
Editor's Note: Top photo shows Kemo Summers, left, and Peyton Kirkpatrick at a recent practice. Second photo is of Summers sprinting, while Coach John Cole work with Kirkpatrick below. Middle photo by Ben Queen Photography. Angel Romo was not in attendance the day photos were taken.