From the Bench: Lessons Learned Decades Ago from Coach Jamison Still Paying Off for Dan McNamee

Lessons learned do not always come with that “light bulb” moment. Sometimes, lessons learned manifest years later and a bit unaware to the person who learned the lesson.
Such is at least partially the case with Bridgeport High School alum Dan McNamee from the Class of 1998. McNamee, as many of you may know, is the football player who was paralyzed in in his underclassmen years of football in September of 1995.
He never walked again. And, certainly, he never played another moment of football again.

It never stopped Dan. He went on to Marshall University and got his degree, two of them actually, in 2003. He double majored in 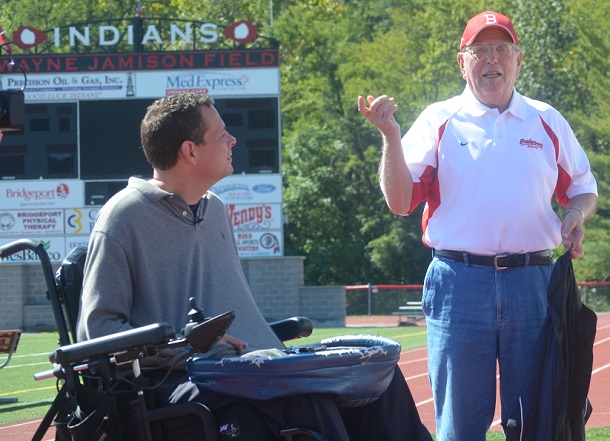 management information systems and business management and then went to work.
For the last nine years, he has been at the Pikeville (Kentucky) Medical Center. He started as a staff accountant, moved up to manager of reimbursement and today is the Executive Director of Revenue Cycle. He is responsible for leading a staff of roughly 110 individuals.
Apparently, he is doing an excellent job. Earlier this month, Pikeville Medical Center named Dan “Leader of the Year” throughout the entire organization’s financial division. His wife Nikki posted about it and made me remember something I talked with Dan about in 2016 for what I thought was 20 years since his injury – and it was actually 21 years.
At that time, Dan talked quite a bit about the late Coach Wayne Jamison – his coach. He talked about how he would watch football and seemed to be turning more into Jamison. He talked about some of the lessons learned and why Jamison had played such an influential role in his life with lessons he taught him during his all too brief run with BHS football and in the years after and leading up to Jamison’s death.
I wondered if lessons taught on the football field that now bears Jamison’s name if McNamee uses a portion of those lessons in the workplace. As it turns out, after a quick moment of reflection when asked, he does fall back on lessons learned in those sweltering summer August weeks decades ago and in the decades since.
“There is so much I try to apply, particularly getting things done by going from point A to point B and how repetition and preparation is the best way to get you close to perfection,” said McNamee. “Even in some of the complex things we do, do things the simplest way you can 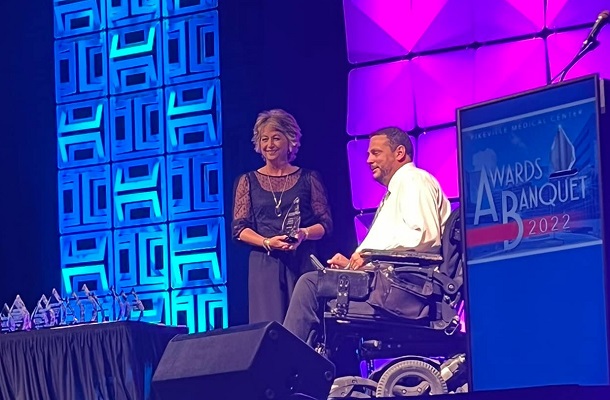 that works. If it works, it doesn’t have to be extravagant.
“You keep doing it right, keep doing it correct and you can get great at it,” he continued. “If you keep doing it, keep doing it correctly with best effort, it works out almost every time. I try to do those things so I’m using the same methods.”
It is working, as the honor shows.
“When Coach Jamison coached me at 15, he would have been shocked I got a leadership award,” McNamee laughed. “I looked up to him so much, after the injury more than anything. I think he’d be proud, that’s what makes me happy.”
One thing McNamee is different from Jamison on is handling his staff. Of course, Jamison was overseeing youth playing a sport and McNamee is managing adults charged with work in the medical field. In other words, McNamee does not get to break out the famous Jamison “knucklehead” line to anyone not doing their job, and McNamee laughed when thinking about it.
“It’s totally different so you can’t really compare it but I’m the type of person who if you’re working for me then you’re working with me. If I 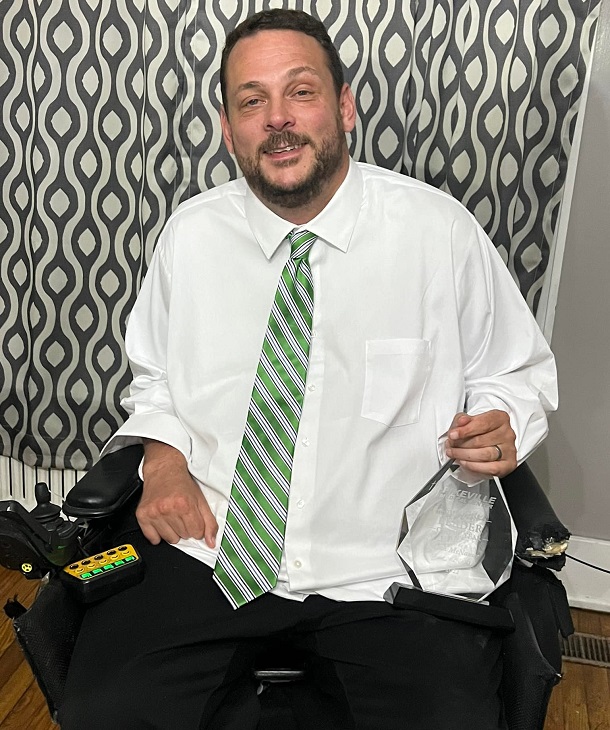 don’t know the answer, I’ll work with the entire team to get the answer,” said McNamee. “In that scenario, it’s the same teamwork you had in football that Coach Jamison wanted, and that was to work together to get the answers in get it done correctly.”
The 42-year-old McNamee has gotten a lot done correctly in his decades on this planet – and that’s a tribute to his late mother Carolyn and his father Gerald, who is still doing his thing in Kentucky as well. Dan long quit asking “why” when it comes to his paralysis and by all accounts is good husband and family man where he is “Uncle Dan” to a host of nephews and nieces.
It is important that many of those nieces and nephews and, well, the entire family is not only involved in sports, but extraordinarily successful at it. Most of them are doing their thing in the Pikeville area, with brother Chris bringing home state titles as coach at Pikeville. While there are too many to mention, it should also be noted that Dan’s sister-in-law, Joanna Bernabei-McNamee (Joe’s wife), is living a bit out of the area.
Joanna Bernabei-McNamee is the coach of the Boston College women’s basketball team. She formerly coached at WVU and, if you believe media reports and message boards, she was in the running to replace Mike Carey.
It should be pointed out McNamee is not just thankful for his time with Jamison and having two of the greatest parents I have had the 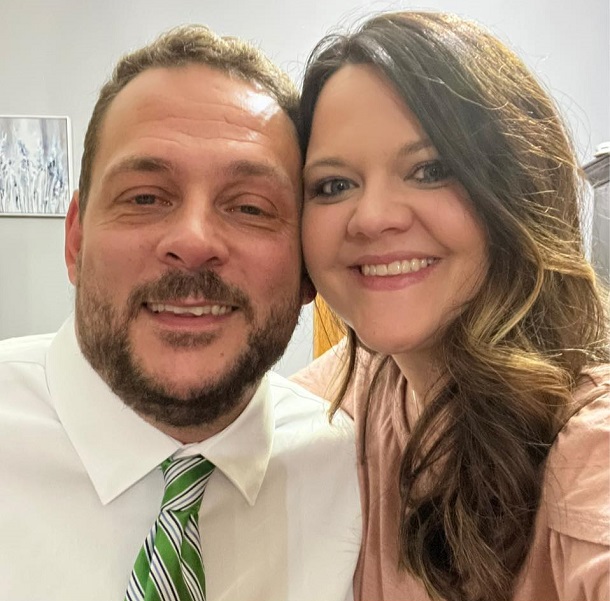 pleasure of knowing. He is also thankful for his wife Nikki. This October, the two will be married for 13 years.
“She is my everything. She has to deal with much more than a normal wife would have to and doesn’t blink. She works every day, comes home and has to do more responsibilities than a normal wife would have to deal with," said McNamee."Then she supports me completely whether I’m having a good or bad day. She is my why. I love her more than anything and want to make her proud.”
He said that complete support has played out in a particularly elevated level over the last 16 to 18 months – the time when he still ended up earning that honor. He said Pikeville Medical has been installing a new Electronic Hospital Records System that will make his work and others “easier in the long run.” Getting closer to that point, he said, has been taxing.
“It’s been like two-a-days on the football field. I know I’ve brought some of that stress home and I can sound off to her and vent and she understands,” said McNamee, a 2014 Bridgeport High School Hall of Famer. “She’s a big part I’m getting recognition too. A really big part.”
Perhaps the final lesson comes from the final thing Dan McNamee wanted to say. It is vintage Jamison – thanking others for your own success.
“I am blessed to work for PMC. I have amazing bosses and have been surrounded by a great team. I always relate everything back to sports. To succeed you have to have a great team with everyone working together,” said McNamee.
A great team indeed. Great to see Dan McNamee carrying on that winning tradition he learned under Coach Jamison. Even better to see him still finding success at every turn.
Editor's Note: Top photo taken several years ago at Wayne Jamison Field shows Coach Jamison and Dan McNamee discussing multiple things, while in the second photo he is shown receiving his leadership award and then shown after that in possession of the honor. Bottom photo shows Dan and his wife Nikki the night of the awards banquet. Bottom three photos courtesy of Nikki McNamee.