By Jeff Toquinto on September 05, 2021 from Sports Blog

Editor's Note: This blow initially ran June 14, 2015. It was one of my longest interviews with the late Coach Wayne Jamison and one of the few times you could hear legitimate angst in his voice. With football season underway, here's a rewind to that blog.
Recently, my friend Tim Casten made a post on his Facebook page regarding the best football team in Bridgeport High School history,
which was talked about as the undefeated 1972 squad that won the Class AAA title. Since he tagged me in the post, I was able to follow along with some really great commentary by individuals agreeing, adding their own thoughts and thoughts that went well off the grid.
One of the comments talked about a team that never got a chance to play for a state title in the 1960s. If it wasn’t on Casten’s thread, it was on another related to Coach Wayne Jamison that has run on Connect-Bridgeport in the last few weeks.
Regardless, it made me think back to the fact that I had once written on the very subject. And so that sent me on a mission scouring through my notes to find if, in fact, I was remembering what this person had stated was correct. As it turns out, it was.
Earlier this week, I reconfirmed the entire story with Coach Jamison. And from my old notes, I was able to find out that it happened in the 1960s. In fact, it happened back in 1962 and yours truly had yet to be conceived. Yet, it was at that time Jamison was cutting his teeth along the BHS sidelines as an assistant to Coach Randy Thornton and fellow assistant O.D. “Dick” Williams.
As it turned out, 1962 was a pretty good year for Indian football according to Jamison. That season, Jamison said the school produced 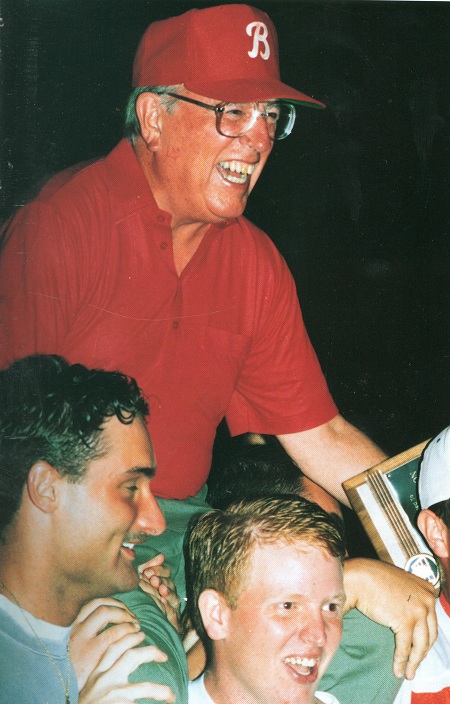 their first-ever undefeated team. The club was ranked among the top state teams in Class AA, which he said at that time was comparable to today's Class AAA.
Back when I initially wrote the story it was 2006. Jamison was talking about it because the Indians’ football team was about to play Nicholas County for the first time in school history back when that school made a quick pit stop in the Big 10 Conference.
According to Jamison, back in 1962 Nicholas County High School was Summersville High School. And thanks to what turned out to be some really bad decisions by the state football powers that be, the two schools should have been playing their second game in 2006 as opposed to their first. The first game, he insists, should have taken place in 1962.
Bridgeport should have played Summersville that year in the Class AA state title game. Instead, Keyser faced the Nicholas County school that year.
The Indians never got a chance to play for the title that year. It wasn't because they had been beaten in the playoffs. In 1962, only the top two teams made it to the playoffs using a power ratings method I'm assuming is similar to today's method for determining where teams are ranked for the postseason.
The Indians didn't have the points and were left out. Jamison, to this day, thinks the Indians got the short end of the postseason stick. Let me assure you, Jamison's dismay is no case of sour grapes.
After the Indians had wrapped up the year at 10-0, Jamison said the team was celebrating wildly because they were certain they had wrapped up the No. 2 seed. The reason for that, said Jamison, was that the Tribe needed just one bonus point to get into the field ahead of Keyser and that bonus point was coming on a game between Kingwood and Parsons.
"We knew we were going to be one of the (top two) teams because we beat both (Kingwood and Parsons)," said Jamison. "Win, lose or draw we had the (bonus) point. That was all we needed to get in. We figured there was nothing that could happen."
Well something happened. And something odd happened more than once.
First, Jamison said Kingwood and Parsons canceled their game. The reason?
"They went turkey hunting," said Jamison. "I can't prove that, but that's what we were told."
No problem, right? Someone had to forfeit the game so the Indians still get the point? Wrong. Odd thing number two, said Jamison, then took place.
"The head of the WVSSAC made the ruling that the game simply didn't count," said Jamison. "We were stunned. We didn't get the point."
Hope, however, remained. The Indians, who finished their season by Nov. 10, had to wait for a Thanksgiving day game between Fort Hill and Allegheny, Md. Both of those two teams, said Jamison, played Keyser, the team BHS was battling for a chance to compete in the title game.
"Fort Hill had to win or tie to help us," said Jamison. "Fort Hill got beat 7-6."
The one-point loss may not have been as odd as the first two incidents, but it was probably the most difficult to swallow.
"It's as disappointing a moment as I've ever had in football," said Jamison years ago. "We were a pretty good football team, but there was just nothing we could do."
What made it worse is that the Indians practiced from Nov. 10 through Thanksgiving. With their status unknown, they had no choice. Guys like Ron Diamond, John Nichols, Eddie Goff, John Hinkle, Eddie Tomes, Jim Strosnider, Joe Galan, Bob Cropp and a host of others were practicing for a game they never would get to play.
"I know anything can happen in a high school football game, but we would have won," the coach continued. "We could have named the score against either team that played that year for the title. After scouting Summersville against Lewis County, we were really sick because we knew we could have won."
For those that know Jamison, they know he wouldn’t say that if he wasn’t certain. And for those that know today’s world of sports, they know this thing would have ended up in court. In 1962, however, litigation in the world of sports was in short supply.
As it turned out, so was common sense.
Editor's Note: The 1962 team is pictured above and is from the 1963 Bridgeport High School yearbook. Photo submitted courtesy of Mrs. Alice Rowe. Another journalism photo shows Coach Wayne Jamison, after getting his 200th win, being carried off the field. Jamison was an assistant in 1962.