From the Bench: New "Team Member" to Result in Big Change for BHS Girls Track as Yurish Set to Resign

By Jeff Toquinto on September 13, 2020 from Sports Blog

What if I told you Bridgeport High School girls track Coach Emilee Yurish is going to soon have a new member on her team. What if I told you that the new member is a pretty big reason that she will no longer be coaching track in 2021.
Such is the case. It is expected during Tuesday’s Harrison County Board of Education meeting that Yurish’s resignation will be part of the 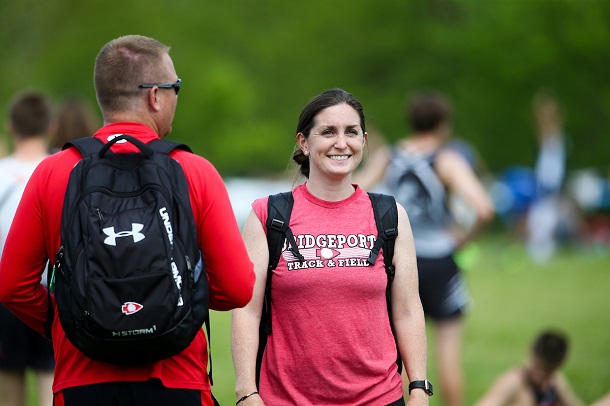 agenda and considered. Barring something of a matter I can never recall, the acceptance of the resignation is a formality.
I need to be clear about one thing. The new team member is not a member of the track team. The new team member is part of Team Yurish.
Emilee Yurish, who would have entered her second decade with the girls track program this year, is pregnant. In fact, she is six-month pregnant for her and her husband Matt’s first baby.
“Track and field always have and will be, a big part of my life.  The young ladies – and men – I have coached made my job fun and exciting every day.  There are so many wonderful memories I have because of them,” said Yurish. “I have just reached a different point in my personal life to make this decision 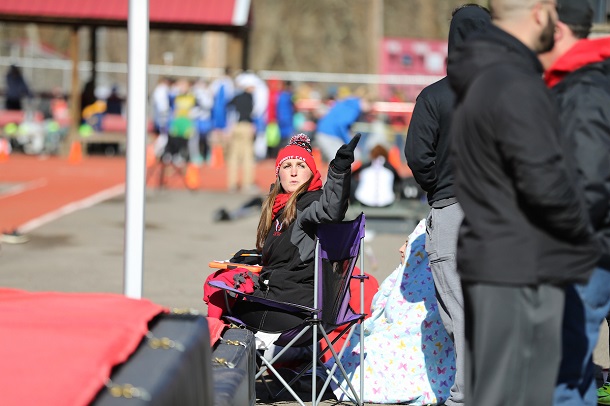 final and focus on my family.  I am certain the track program will continue with its success and I look forward to following our coaches and athletes in years ahead.”
The success Yurish talks about is legitimate. In fact, it is up there with some of the best accomplishments ever athletically at Bridgeport High School, which in and of itself is no easy feat.
Yurish, quite frankly, is leaving some very big shoes to fill. They are Shaquille O’Neal size shoes to fill from her eight years as a head coach and two years as an assistant. 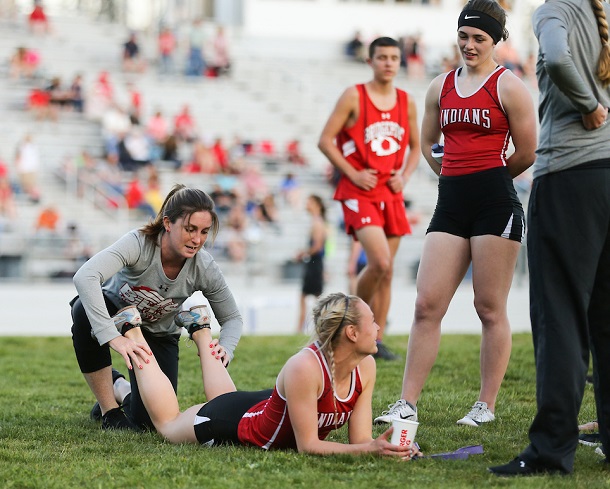 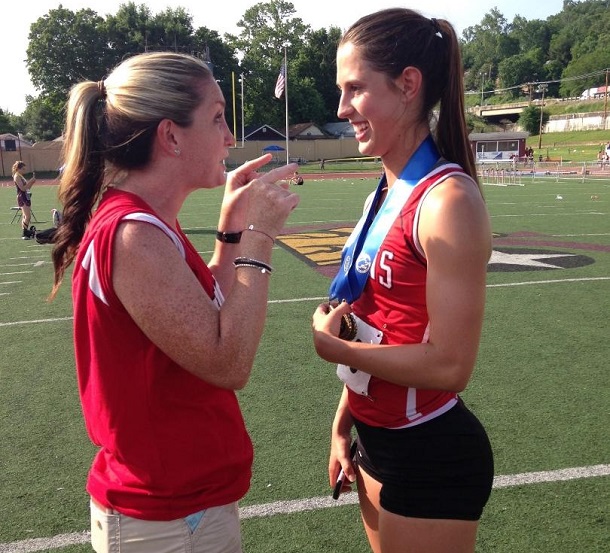 athletes McKenna Smith, Kayla Haywood and Julia Muller (that I can think of) – and added the coaching of 12 relay team state champions. And it is a safe bet those numbers would have been higher if 2020’s season wasn’t scratched due to COVID-19.
There are plenty of factors for the success. Yurish points to the talent she has had. She knows she is competitive and comes from a competitive family that screams Bridgeport in the Stout family. Plus, she never backed off from hard work.
At one time, along with teaching, Yurish coached the BHS cheerleaders, track and was the athletic trainer at Robert C. Byrd High School.
Along with heaping praise over and over on her student-athletes, Yurish wanted to make sure there was praise for her being able to do what she loved on other fronts.
“I am forever grateful for the support of the administration here at BHS.  I could not have asked for a better group of principals and coaches to work with the last ten years,” she said. “The coaching staff has always been a pretty close group and we have been fortunate to have so many great people willing to coach these young athletes.
“This goes along with help from our parents and the community to run our home track meets,” she continued. “It’s a smooth operation we 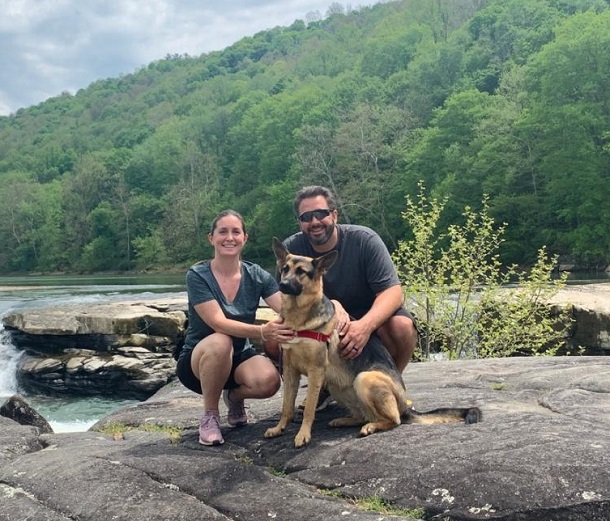 have, and the credit goes to our coaches and parents.”
Yurish, who has been involved with Bridgeport track since she was a sixth-grade student in the Bridgeport system, said she knew this day was coming sooner as opposed to later. She said she recently finished her degree for administration, which would require her to step down if the door opened for an opportunity there.  Yet, the family sealed things when her and Matt learned of the baby on its way in the spring.
“My husband and I have been trying to have a baby for a long time,” said Yurish. “(Boys track Coach Jon) Griff (Griffith) knew this and he was one of the first people I told about this. He wasn’t surprised when I told him, but I’ll miss working with him. I’ll miss about all of this, but my perspective on everything has changed with a baby on the way.”
As well it should. Now, the perspective on the track and field side is on who is next and who will be trying to fill those big shoes.
Whoever steps up, needs to be someone who relishes a challenge and wants to win. It needs to be someone like, say, an Emilee Yurish.
Editor's Note:  Photo above text shows Emilee Yurish, middle, with her 2019 individual championships. The top two photos following show  Yurish enjoying the warmth and cold of the track season, while she's shown putting her athletic training skills to work in the next photo. In the fifth photo, she is talking with McKenna Smith, the most dominant athlete in BHS and state girls track history. Bottom photo shows Emily, husband Matt and their dog Phoebe. Sports photos by Ben Queen Photography, while bottom photo courtesy of Emilee Yurish. 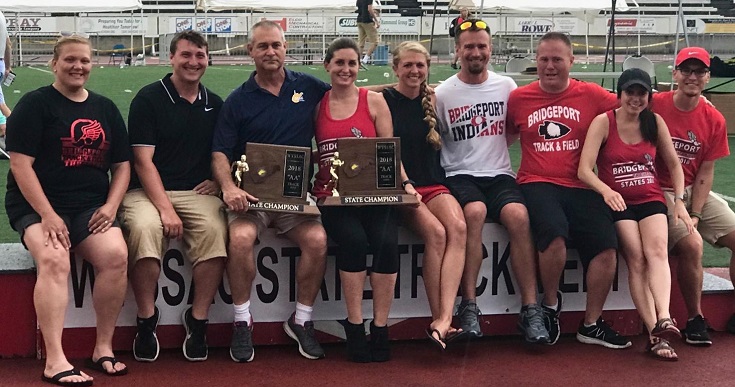