From the Bench: New Tribe Coach is BHS Alum, No Stranger to Program and has State Title on Résumé

By Jeff Toquinto on November 08, 2020 from Sports Blog 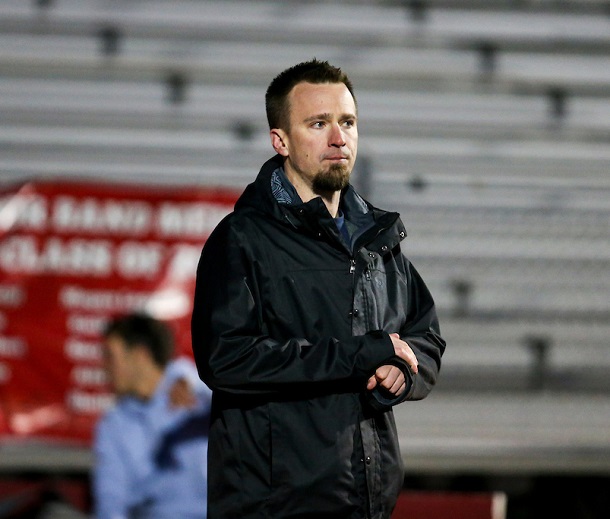 it official. The new coach is BHS alum Grant Burton.
“I’m excited to have this opportunity,” said Burton. “I’ve always had aspirations of being a head coach.”
The possibility for that happened when long-time coach Emilee Yurish announced earlier this year she would not be back after a successful run that included multiple state titles. Yurish’s primary reason for stepping down was that she was pregnant.
“To be completely honest, because of the relationships between the coaches within the program, when Emilee told us we asked he if she was sure because she’s done so much for the program, and we’re all good friends and work together smoothly,” said Burton, a 2005 BHS alum. “At the same time, we thought she may step down and when she did someone had to step in. I stepped in and bid out, and I’m thrilled to get this chance.”
For those concerned about Burton’s lack of head coaching experience, perhaps this will ease those concerns. He has been involved as an assist with Yurish, as well as assisting with BHS boys track Coach Jon Griffith, since 2013. He knows the program. 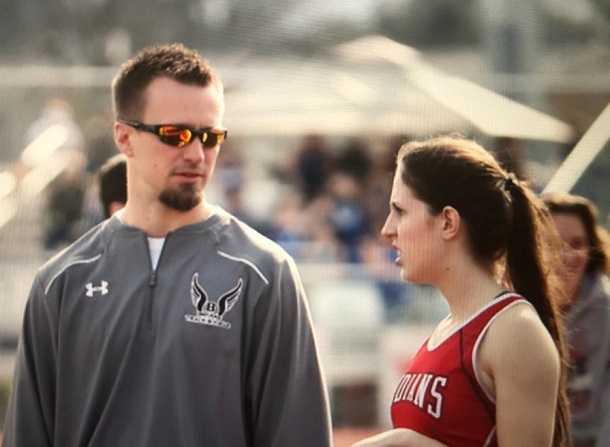 Burton also is now a Bridgeport coach for all seasons. He serves as an assistant to his wife Ali for volleyball, where the team captured the school’s first-ever state title, and also will be starting his second year as the boys’ basketball assistant.
For those that know Burton, they know managing his time will not be an issue. The 2010 graduate of West Virginia Wesleyan College has managed to find time to coach, to earned his Master’s Degree in Exercise Science and Health Promotion from California University, go back to school to get a Physical Therapy Assistant’s degree from Pierpront and balance his coaching with his work at Bridgeport Physical Therapy.
“I learned about coaching and time management, which goes hand in hand, starting back in high school with Coach Griffith and playing for (the late) Coach (Gene) Randolph,” said Burton, who competed in the state track meet three of his four years at BHS in various events.
He learned more competing for legendary former WVWC track Coach Jesse Skiles. It was Skiles that introduced him to the Decathlon, 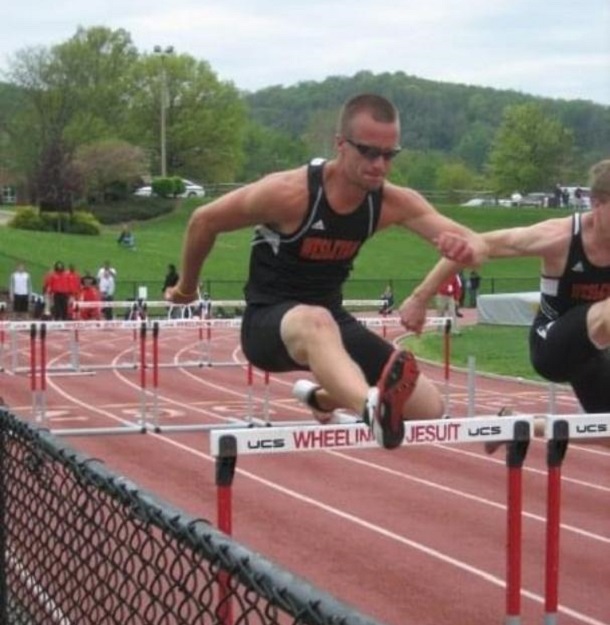 which he believes has been one of his biggest assets in coaching track.
“When you’re in the decathlon, you get experience in every event,” said Burton. “That has helped me to be able to understand the facets of all parts of track and field.”
His run at Wesleyan also included some coaching. A year after he finished, he coached with Skiles, and that included coaching some of his former teammates.
“I learned quickly because I was coaching athletes close to my age and that made me immediately learn how to deal with young athletes as well as how competitive you need to be as a coach and how competitive the athletes are,” said Burton. “It’s very serious at the college level and the thing I noticed when I got here to help at Bridgeport was it was competitive at a high level; similar to when I was competing.”
Burton will put some of his own imprints on the program but said he has learned from two of the best in the state in Yurish and Griffith. He said that will have a benefit.
“The standard will be the same as those two have set it and the standard does not change as a Class AAA program. The classification is not as important as the overall goal of maintain the standard expected by being involved in Bridgeport High School athletics,” said Burton. “That standard has been in place longer than I’ve been alive. You do your best to meet and exceed the standard.”
Part of that is the preparation. Part of it is knowing where you stand. Those are things he learned from Yurish and Griffith and one thing in particular with Griffith.
“Like Griff, I’ve already looked at the numbers involving who we have back and who we’ll be competing with in ‘AAA.’ I believe we can be competitive,” said Burton. “I don’t see it as a problem. I see it as an opportunity. There are plenty out there that would love to see this program not succeed so why not step into the ring with the big schools and show them that we can compete. That’s the message we’ll be bringing to our kids and hopefully, no matter the results, we’ll find out some things about ourselves along the way.”
Editor's Note: Top photo shows Grant Burton in the elements at a past Bridgeport track meet, while he's shown with state record holder and current WVU track athlete McKenna Smith during her time with the Tribe. Bottom photo shows Burton handling the hurdles during his time at West Virginia Wesleyan competing in the decathlon. Top two photos by Ben Queen and Joey Signorelli of Ben Queen Photography.