From the Bench: Prep Event Expected to be Biggest in BHS History Becomes Latest COVID-19 Casualty

When you have coached for as many decades as Bridgeport High School’s Jon Griffith, there is generally two scenarios that have you there. One, you love the sport or sports you coach or, two, you enjoy the headaches that come with a job that does not even pay minimum wage when actual hours are calculated.

Griffith, I have no problem saying on his behalf, falls under scenario one. He loves cross country and he loves track.
Along with coaching, he is an advocate for the sport beyond the season itself. In the case of the running aspect, Griffith is an advocate of it turning into a life sport.
I prefaced what I am about to write with that because in the age of COVID-19, a lot of people seem to know what everyone else is thinking or what or how they are supposed to react. I mentioned what is written to start this blog, as well, to let you know that a recent decision by Griffith was among the hardest he has 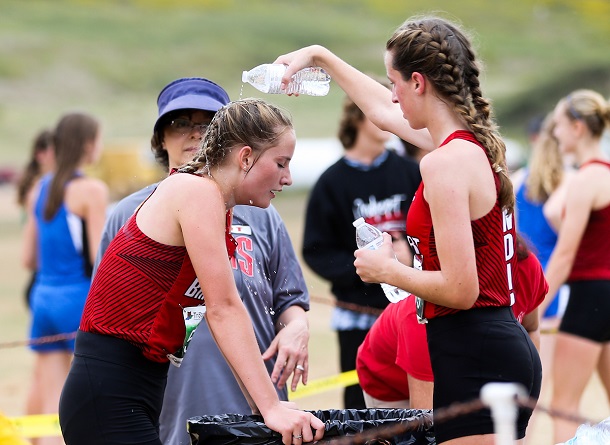 had to make in 30-plus years of coaching.
Earlier this week, Griffith announced he was canceling the 2020 Charles Pointe-Indian Run Invitational cross country event. It would have been the first sporting event for Griffith since his team participated in cross country in 2019.
As most know, Griffith’s boys track team – among the favorites to win last year’s Class AA title – never got a chance to get started. The COVID-19 pandemic in March during the state basketball tournaments ended those events and never allowed a single spring sport to get in a contest.
“Knowing what everyone had invested and knowing we had a chance to be special made it the low point of my coaching career,” said Griffith. “This decision, and getting ready for cross country to this point, hasn’t been much better. This decision is easily right there with the lowest points of my time here. 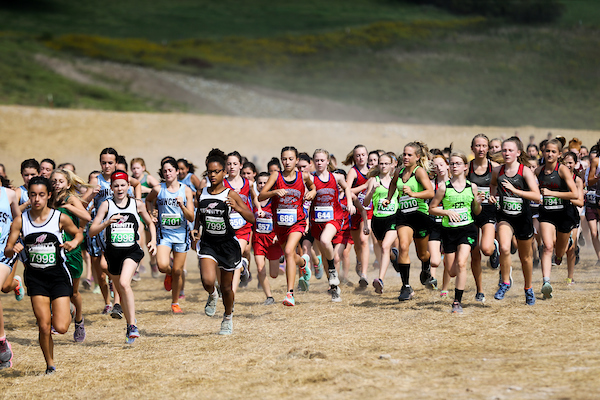 “The only thing different is I had no control over track last year where I had control over this at this point, and it’s still not a good thing,” he continued. “This is definitely one of the hardest decisions I’ve had to make in what would be my 33rd year of coaching.”
As a track and cross country coach, Griffith makes tough decisions. However, the sports spare him something that is often difficult for other coaches.
“I don’t have to make the kind of decisions, like basketball for instance, where you have to cut people or pretty much decide who starts or how much time they get. With these sports, the times, and the marks pretty much dictate who gets the call,” said Griffith. “Maybe that’s one of the reasons why making this decision was so difficult.”
There are a few other reasons for his dismay. For starters, barring a decision to bring the Harrison County Cross Country Championship 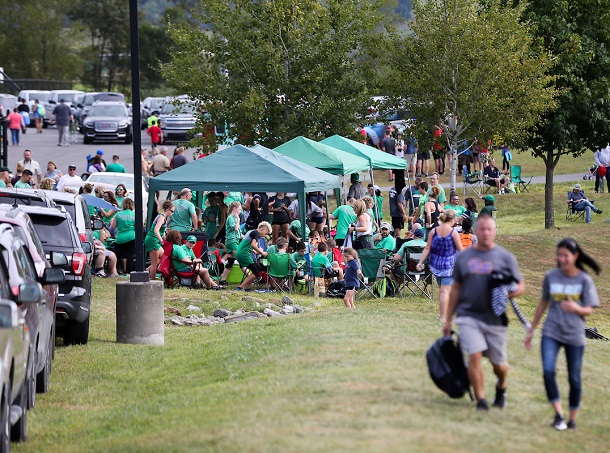 to Bridgeport, there will be no home meets this year. Second, along with canceling what may be the only home meet, he’s canceling what was potentially going to be the single biggest cross country event in Bridgeport history and perhaps a single day event with the most athletes participating in a single day.
“This year’s Indian Run had a middle school, high school and college field,” said Griffith. “We’ve done that in the past, and this year had several colleges along with middle and high schools committed. We were anticipating one of the largest, and perhaps the largest, field ever.”
Griffith said past events had topped 1,000 participants. He was looking to get to 1,200 and said he was certain that would have happened already if not for COVID-19.
“If I had done this the way I intended prior to March 13, which was the start of this mess, I would certainly be cancelling the biggest event we’ve ever put on,” said Griffith. “Still, we were looking at up to 50 teams and would have taken that number higher to showcase our team 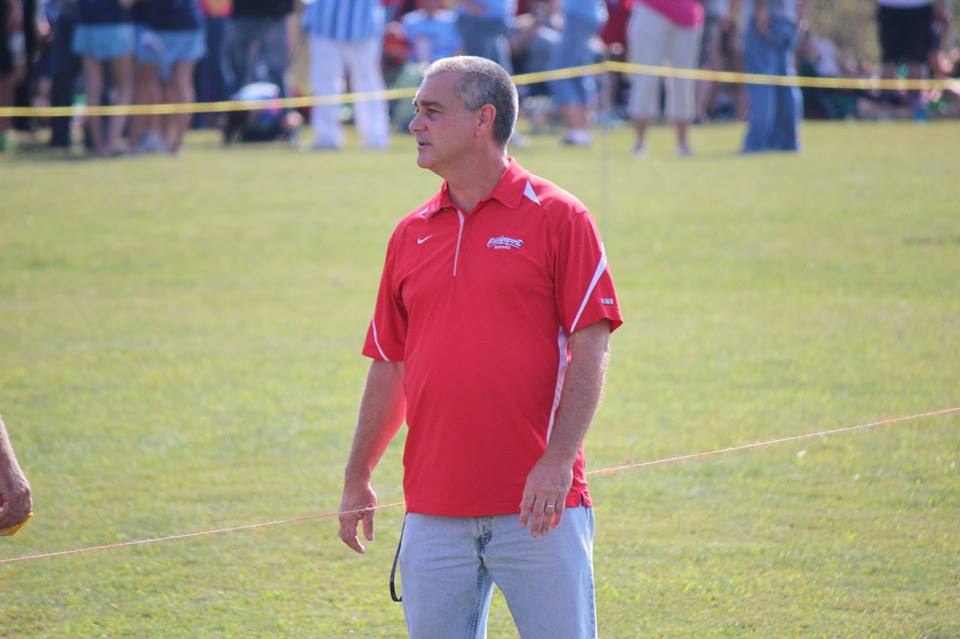 and this city. That hurts knowing we can’t promote our program or our city.”
It also hurts the wallet. Griffith said the event, based on the number of attendees that is well above 1,000 each year, is huge to fill needed athletic coffers.
“It’s a bonanza financially for the school and the program. It’s a concern to loss that,” said Griffith.
All those figures are why Griffith is so dismayed. He said he held out for as long as he thought it was feasible.
“(Principal) Matt (DeMotto) and (Assistant Principal) Mark (Jones) encouraged me to wait, and we’ve done that,” said Griffith. “We’ve been back and forth over this for about two months.”
Griffith said in the end, the factor of the unknown trumped the time available. And with it came the decision.
“You have to set up contracts with the timing company, t-shirt vendors, reserve the stage, publicize and advertise the event and lock in teams to a spot on the schedule,” said Griffith. “How can you do that now when you don’t know what the regulations are restrictions that are going to likely be put on us? Maybe they’re going to see two to three or perhaps four teams at a meet to make it work with social 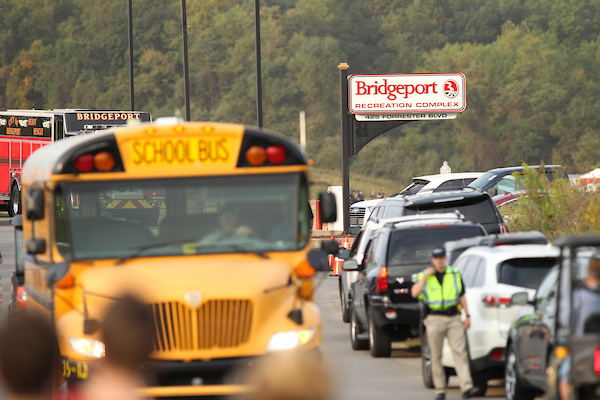 distancing. What about spectators? Is it going to be under 100? You can’t answer these now for an event a month or so down the road.”
Griffith said with social distancing there are three big issues that leaves him uneasy not just about his decision, but about the status of the upcoming season. The first, he said, is the starting line.
“You have at most meets anywhere between 200 and 400 athletes grouped together with your seven kids in a five-foot box,” said Griffith. “That, I don’t think, works with any health department or CDC standard.”
Griffith said, particularly on warm meets at the start of the year, the finish line area is a tough place. He said kids are falling as they cross the line, finishing in large numbers and plenty of volunteers are there helping.
“You have these kids covered in sweat, breathing heavily, sometimes gasping, which is such an easy way to transmit the disease,” he said. “That’s another big concern.”
The last one involves the previously mentioned spectators. Griffith said if there are no limits in place, social distancing is going to be a problem.
“I have a hard time controlling the areas where spectators are supposed to be, let alone trying to control social distancing. We’re at meets where you may have 1,000 people and you know people won’t comply, and sometimes just because they’re into their child racing,” said Griffith. “You’re looking at social distancing and anything the CDC and a local health department requires and that could change every week. It’s a problem, but that becomes a bigger problem at a bigger meet.”
Griffith is hopeful, but not entirely optimistic, there will be a cross country season. He thinks it is more likely to happen if school goes back into session in September.
“I think that has to happen. Until then, I’m still working on our schedule because with the SSAC backing up everything by a few weeks people are changing dates to comply with the new time frame,” said Griffith. “I’m not sure of the schedule at this moment.
“I am sure that this is a challenge, and I hate it for the kids,” he continued. “We’ll have to deal with the loss of an event and, if we have to, we’ll deal with the loss of a season. If it means keeping people safe, it’s something we’re all going to have to face and understand. Even knowing that, it just doesn’t make it any easier.”
Griffith said planning will begin for the 2021 Indian Run at Charles Pointe. And barring COVID-19, which cannot be barred yet, he plans on having the biggest event ever.
Editor's Note: Photos show some of the large crowds gathered from past Indian Run events, while Coach Jon Griffith is shown second fro the bottom. Photos by Ben Queen Photography. 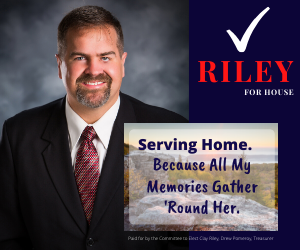