From the Bench: Sad Burden Robert Shields Carried to 'AAA' Title Game He Shares with All Coaches 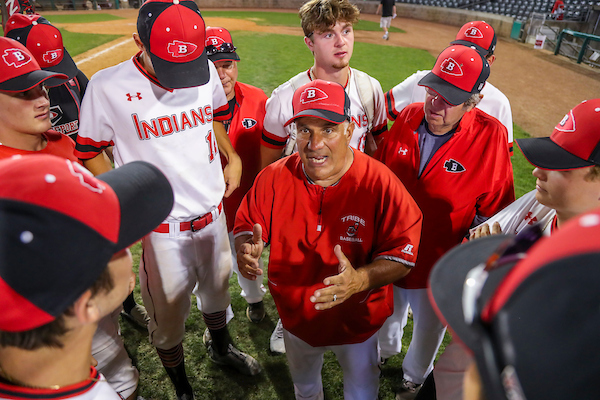 This applies to any sport, at any level, during any time period. It simply does not matter. The rules apply.
I bring this up as I watched the Bridgeport Indians win their unbelievable seventh-straight state championship and watched Coach Robert Shields, who now has nine state titles, get emotional when asked by MetroNews if it meant anything to him to be able to win one in Class AAA.
His answer, and I am paraphrasing here, was that he had heard the criticism from those close to him and beyond his immediate circle and that titles only count if you won it in the big classification. He said it again when being interviewed by the media group as whole.
“No one can say anything about all of the ‘AA’ runs we had,” said Shields to the group that was gathered. The sad part, he should never have had to.
This blog is not to be a damper on the title run. Far from it. It is a reality check of why there should be jubilation across the board. And to be honest, even had the Indians not won the title last weekend and never won a single title, the level of complaining from the cheap seats should be dialed down - and this is not just an aim at Bridgeport; far from it.
I am not talking the standard criticism that takes place. I am talking those screaming, demanding lineup changes, calling coaches stupid 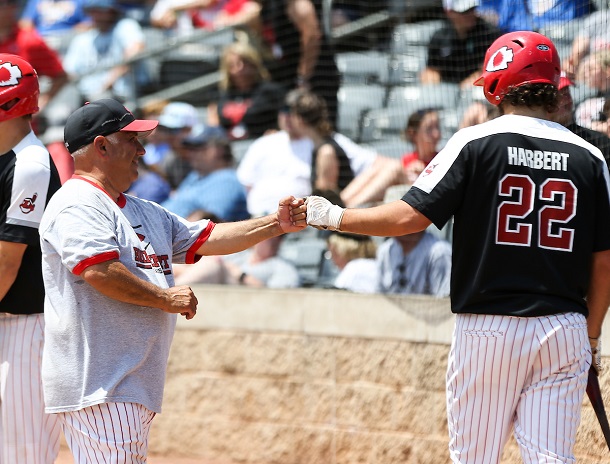 and worse and, well, generally making fools of themselves whether it be at a BHS baseball game or any team or any sport you choose. I almost never go to games anymore for that very reason, and I love high school sports.
Understand, Shields has never been under any delusion coaching does not come with criticism. It is expected and, for the most part, blocked out.
“You’re not going to please everyone in this profession,” said Shields. “I learned that early.”
He learned from another coach with a winning resume. The coach just happened to live in his home for years and served as his father – the late “Timbuck” Shields.
“My dad and I talked about fans, whether it’s a parent or anyone else screaming or sending you letters or messages, that you let it go. I just wonder, and maybe it’s because I’m a coach, how many of those complaining would walk into an accountant’s office and tell them how to be an accountant or an engineer’s office and tell them how to do their job,” said Shields. “I get the standard is different for sports and there are kids, at our level, involved that make those following even more passionate, but the time and energy I see coaches put in and the love they have for the game, at a minimum, deserves a little respect.”
Shields said he typically does not let the comments bother him. When the move to ‘AAA’ was made and the whispers and sometimes direct comments were made that if he and his team did not win then the others did not really matter, it bothered him. And for the right reasons.
“What are those people saying about our past groups? I have coached long enough to know we have had teams that could have won in ‘AAA,’ but you play the classification dealt to you,” said Shields. “What does that say to the kids in the past that didn’t win a title or even 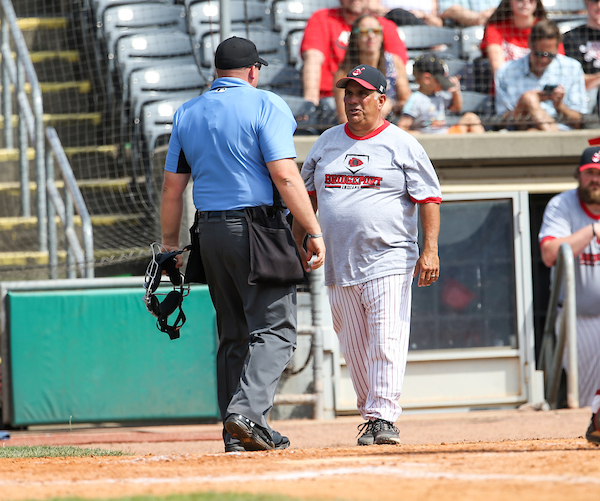 get to Charleston? So, their effort doesn’t count because they didn’t win? Yeah, this time around, it bothered me because it was kind of looking down at what our kids had done.”
Shields is hearing stuff all coaches hear. Sadly, he just coached his ninth team to a state title; his ninth championship overall and is hearing it..
While this was his initial Class AAA title, he has played a schedule loaded with ‘AAA’ foes and ‘AAA’ powers for not only the duration of the title run, but well prior to that. How did the Indians fare?
Along with this being the seventh straight year ending with a title, it marked the seventh year in a row it ended with 30-plus wins. Think about that? I am not sure how many programs can say that.
Here is the thing, Shields knows he has talent. He is quick to point that out. It is one of the reasons – along with putting in the time, showing up at offseason games to watch young players, cultivating a junior varsity program to get your younger kids at-bats, maintaining your facility on your own time, and more – you win.
“I’m blessed with the talent we have and the passion these kids have for playing and wanting to get better. My job is to not screw it up,” Shields said with a laugh.
Guess what? He has not screwed it up. For those thinking he has only won because of talent, you could not be more wrong. The history of West Virginia sports is littered in every classification with teams loaded with talent – even Division I talent – that does not walk away with state titles in any given year, let alone seven years in a row. Some of those teams were coached by the greats that featured the athletic 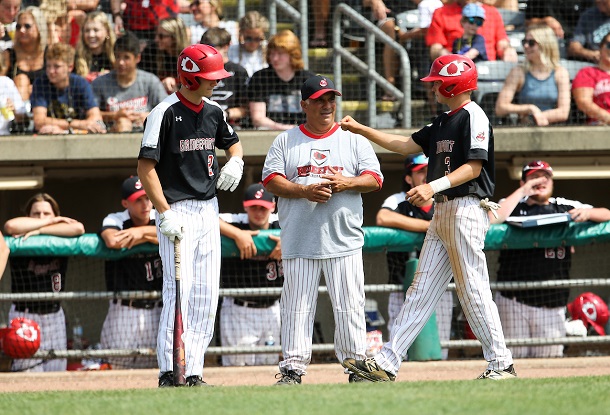 greats in West Virginia sports history
That is not a knock on the legends. Rather, it shows just how difficult it is to get the job done.
And let me be clear. Questioning what a coach does at any level is not a crime. It, as mentioned, comes with the territory and I am as guilty of it as the next person.
I wondered in the first game of the state tournament why Shields kept his pitcher in the game leading 5-3 and with Jefferson having runners in scoring position. The pitcher quickly struck out the next two batters - and I chuckled to myself. Shields knew the situation. I did not.
Questioning a decision is not the problem. That is not the issue here if you have missed it. The issue is the over the top behavior, the belittling of achievement, the constant statewide talk of transferring a kid for the sake of sports and that is just the tip of it all.
“When I lay my head down at night during the season, I tell myself to always do what Robert believes is in the best interest of the team and not what John Doe or someone trying to influence me on who should or shouldn’t play,” said Shields. “I’m always going to try to do 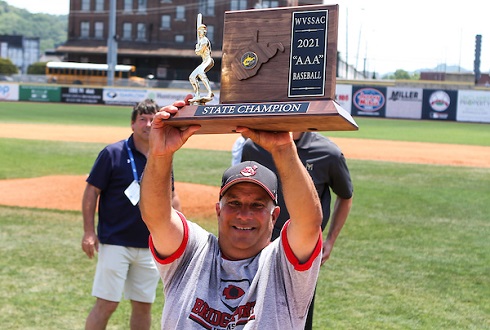 what is right with the decisions I make. They’re not always the right decisions, but I try to do what is right and I’m comfortable with that.”
He should be. For that matter, I am confident that overwhelming majority of coaches with not nearly as much success or even those with a taste of success should be comfortable with what they do at night.
Most of those complaining from the crowd are not Division I or Major League coaches or those who have decades of experience. Based on that premise alone, and many others not mentioned, chances are good when you are yelling at the coach or telling anyone in your free time on what they should or should not do, you likely are incorrect.
For those thinking you know more baseball than Robert Shields, you do not. He has cultivated a lot of talent into a culture of winning that is resulted in seven straight state titles. As a general rule, that should exempt you from a lot of criticism; even with those rules talked about at the start of this blog in place.
Editor's Note: Photos from the most recent state baseball tournament in Charleston are by Ben Queen Photography.