From the Bench: Secret Ingredient that's Helped Lead to 8-Straight Semifinals Back for Tribe Football

Here’s a little bit of a secret. Well, actually not a real big secret for those religiously following Bridgeport High School football.
There’s a kind of quiet reason for all that success. Sure, there’s talent. Sure, there’s discipline and plenty of good coaching.
You have to have that to go half a century without having a losing season and to go a quarter century straight of making the playoffs. There’s something else that always plays into Bridgeport’s favor and it’s really done so during the most reason run of success.
The run to which I refer is the eight straight semifinal appearances going back to their time in Class AAA that featured three straight state championships as well. It took all of the above and something else to occur. 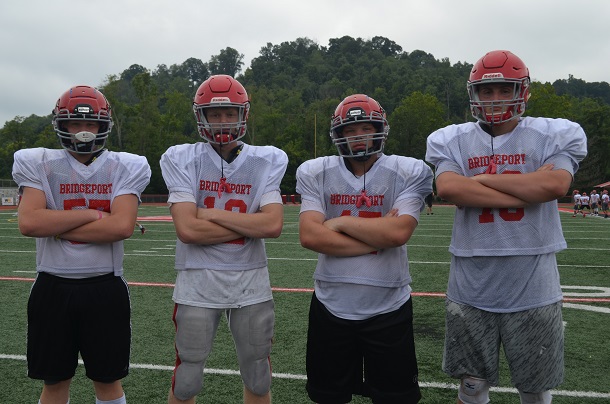 That something else are first-year players. Not sophomores or the extremely rare freshman, but rather seniors who come out either for the first time or after sitting out a few years. Occasionally, it’s also a senior transfer.
Don’t think it isn’t important? Ask Coach John Cole.
“Last year was a perfect example of the difference seniors coming out for the first time make. We had more than one guy last year, Garrett Crumbless and Connor Robe, who as the year was getting older, probably game six or seven, they had figured it out and started to contribute,” said Cole. “That helped us big time in our playoff run because even when they weren’t playing, they hung in there, kept going hard and, at worst, were making a difference in practice.
“Ask any coach that gets new kids out like that and they’ll tell you it makes a difference,” Cole continued. “Even if it’s just to practice, you need bodies to make a difference and push everyone else.”
This year, the Indians have four youngsters out for the squad that are seniors that weren’t part of the team last year. Vincent Turner, 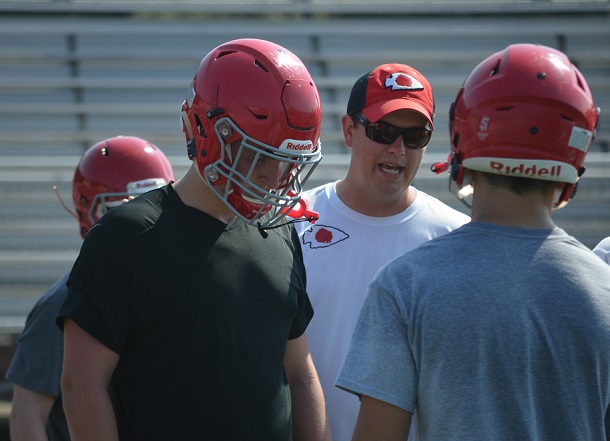 Jonathan Allison, Travis Mitchell and Sam Romano. Romano is the lone transfer and has experience from his playing days at Notre Dame High School. The rest, with some exceptions in the past, are green.
What does that mean?
“It remains to be seen if they’re going to contribute to any level or at all in game situations,” said Cole. “They’re here, and that already makes a difference. What’s more, we want them here and we want them to hang in there.”
One player is Vincent Turner, who wasn’t a total surprise as he showed up occasionally to offseason workouts. It’s Turner’s first year of football and Cole said they’ve already moved him to the tight end spot.
“He’s got a pretty thick body,” said Cole. “I’m hoping he can figure it out.”
Then, there’s Jonathan Allison.
“He’s played before but wasn’t with us last year. He’s a big kid and a big body and looks to be seeing time at tackle,” said Cole of one 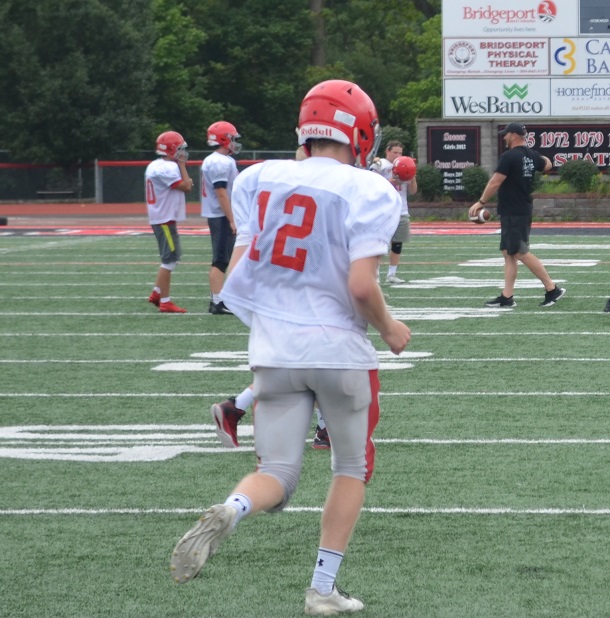 player that did participate regularly in offseason conditioning.
Mitchell is the complete surprise. Cole said this was his first time out and he’ll provide depth along the offensive and defensive lines.
“We need depth and he’s going to provide some,” said Cole.
As for Romano, he provides a potential skillset that is in need with the graduation of D’Andrea Holloway at the receiver spot. At 6’2, Cole said he’s been working at the “X” spot, which is the Tribe’s receiver slot.
“That’s nice to have him there because he has some experience and we lost a ton of it with D’Andrea graduating,” said Cole. “Ideally, it would be great for all four of these kids to get along far enough to get snaps. Will they? I have no idea. I know for sure it’s not a possibility if they’re not here.”
For the Indians and their 45-plus man roster, that’s key. Cole knows that injury and fatigue are huge factors during any season and the presence of more bodies with the potential to play meaningful snaps can (and has in the past) made a difference.
“It’s important to get new kids out because everyone knows you have offense, defense and special teams and we would love to not have to have kids play on both sides of the ball and special teams as well,” said Cole. “When you have more bodies, it increases the chances you won’t have to. 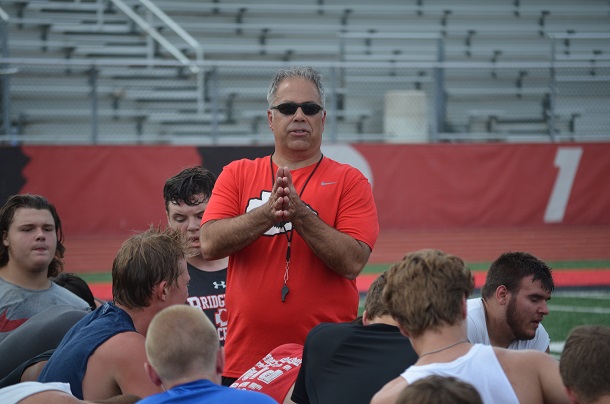 “Even if they don’t contribute right away, we expect them to contribute in practice against the first teamers. You’ve got to have quality reps in practice against the starters,” Cole continued.  “If you don’t have the guys to give those guys a battle in practice you won’t get better. The starters get better and the new guys, even the jayvee guys and second-string guys, get better.”
Cole, though, didn’t pull any punches. He said, and those four players know it, that they’re behind the eight ball. While each year many make a difference, some do it to larger extents than others and sometimes a few will leave. Because of that, whatever time is received by first-year seniors, Cole said it’s more than earned.
“I’ll tell them what I’ve told the other and that’s to hang in there because we didn’t go into this season counting on them to contribute. What we want is for these guys to prove us wrong that they’re not ready to play right now and in the process prove themselves right for coming out,” said Cole. “Usually that will happen and when it does, I’m never happier at being proven wrong because it ends up making us better.”
Editor's Note: Shown at top, in no particular order are Travis Mitchell, Sam Romano, Vincent Turner and Jonathon Allison. Second photo shows Assistant Coach Tyler Phares working with Allison, while Romano is shown heading to a drill at a recent practice in the third picture. Bottom photo shows Coach John Cole at a practice in 2018.