From the Bench: This $600,000-Plus Needed Project Shaping into Another Jewel in Community's Crown 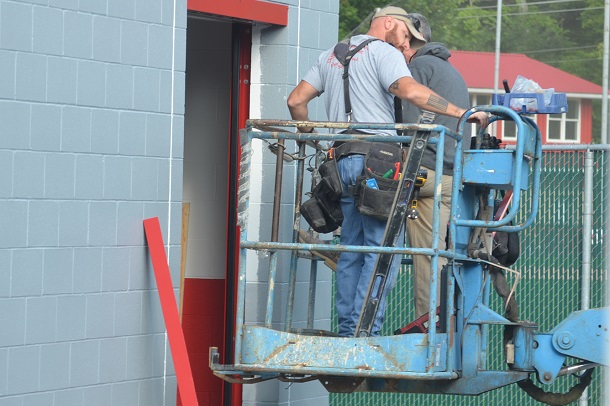 That said, it is the last massive project in the immediate future and, for those that have been through the facility for the last few months, they have seen the work progressing on a project that definitely needed done. The question, when what was bid out as a $613,515 project (according to Assistant Superintendent Jimmy Lopez), was would it be done in time for the start of the 2021 football and soccer season.
Those are the two sports that utilize Jamison Field during the fall. And it is those two sports that 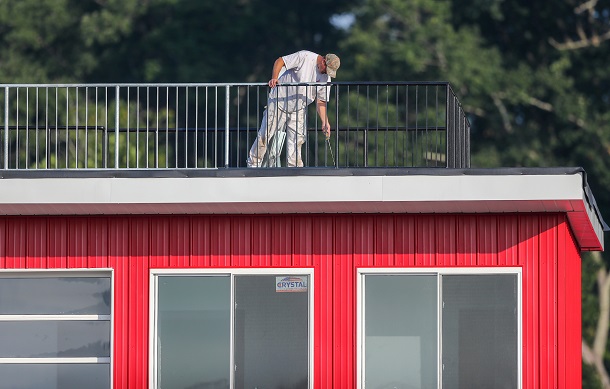 will benefit from a completely renovated press box at the facility.
“It was in such awful condition there was really no choice in the matter,” said DeMotto on the project.
The good news?
DeMotto said it will be ready for opening day events the programs have for the fall sports season. The news is just as good with how things appear.
“I’m very pleased. It looks great. It’s light years ahead of where we were and it’s going to get a ton of use for decades to come,” said DeMotto.
The press box is just one of two parts of the six-figure project. The other involves the expansion of the weight room by roughly 1,300 square feet and the finishing touches on the building portion of it are being put in place. 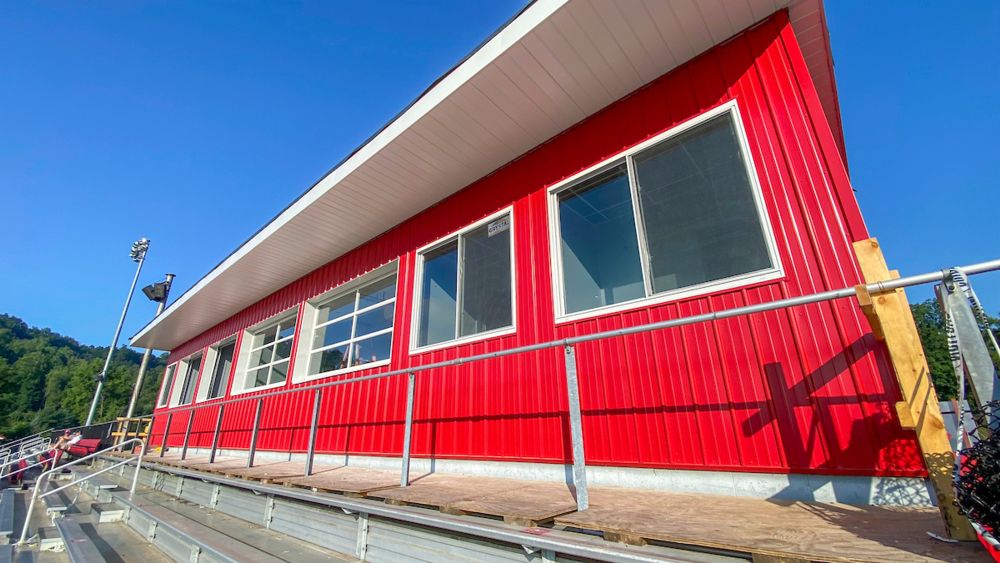 “The weight room is coming along very well. We’re going to have plenty of space now. It’s a lot safer. You don’t necessarily have to be stepping over plates that may be left on the floor or navigating through tight quarters while one of your teammates is lifting,” said DeMotto.
The eventual goal is to include a large amount of new equipment. And as noted, there should be space for it.
“We should be able to put at least 10 racks in the new room and have plenty of space around, which keeps things safer,” said DeMotto.
As for the equipment, fundraising is being done on that front. DeMotto said efforts are already in place, but for anyone wishing to donate 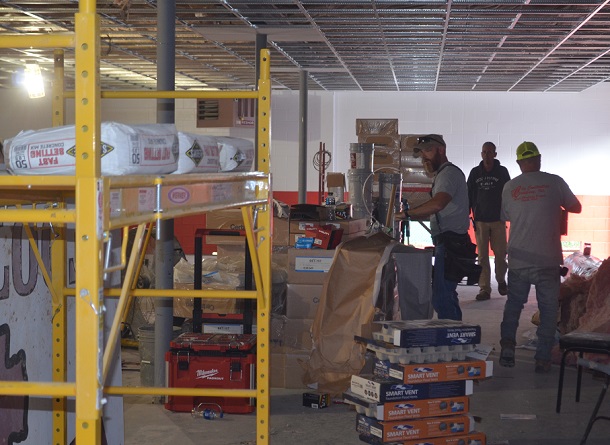 all they need to do is contact the school at 304-326-7137.
“The weight room is something that has been needed for a long time … This isn’t just a football weight room. It’s for football, track, soccer, basketball. Basically, it’s for all student athletes and their coaches who want to use it,” said DeMotto, who said fundraising is roughly halfway complete.
It may not be the final project, but it certainly was the most needed. And it also updates nearly every section of the Jamison Field complex.
The school, the community (which has had a hand in most of it) and those who have made the decisions to allow it to grow and progress, should be proud. It is another jewel in the community’s crown.
Editor's Note: Photos show work being done on the press box and weight room expansion at Wayne Jamison Field. Second and third photos by Ben Queen of Ben Queen Photography.