From the Bench: What Really Happened in 2015 with WVU and Dispelling ACC, SEC, and Big 10 Rumors

It was about six years ago, in July of 2015, I managed to track down former West Virginia University Athletic Director Oliver Luck shortly after he left for his job as the executive vice president of regulatory affairs for the NCAA.
Luck, who had been more than gracious to me during my early time at Connect-Bridgeport considering where I was on the media totem pole, once again granted the interview and gave me all the time I wanted. The best part was he was in his car, and even stopped to order food during the interview. 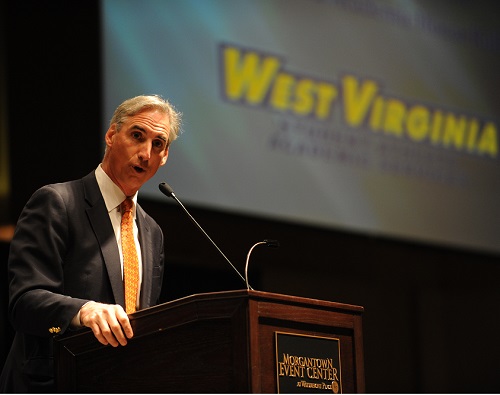 I digress.
I bring this up now – and you’ll soon see why – as Luck’s alma mater has what appears to be, at best, a shaky future in the world of college athletics. By now it is abundantly clear Texas and Oklahoma’s days in the Big 12 Conference are numbered as the question is not if they will leave, but when, for the SEC.
Since I have to dabble on social media since my job is in social media, I have read probably a hundred stories and probably more than a thousand comments on WVU and the entire situation impacting not just the Mountaineers and the Big 12, but the entire landscape of college sports, with football and its cash teats leading the way.
Many comments talk about WVU’s situation when the Big East essentially dissolved on the football side of things and Luck steered them to the Big 12 after the Big 12 voted the Mountaineers in almost 10 years ago. I remember that.
I also remember far too many of the comments. They were along the line of “Why would he put us in the Big 12 and not join the ACC?” Or insert Big 10 or even SEC for ACC and you get the picture. Even today, people insist that the ACC – even if they don’t believe WVU just 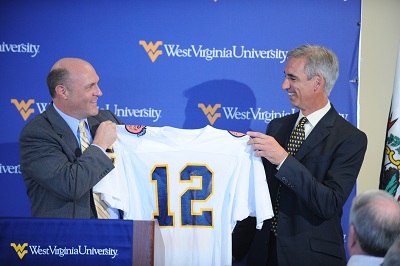 magically should have been able to itself to their party – was a big-time option, others (far fewer) said the Big 10 was an option, while some beat the drums that the SEC was an option.
In 2015 after talking about Luck’s new gig, I figured there would be no harm in asking him about the negotiations. I hoped he would tell me if we ever had a chance at those conferences. A little bit surprisingly, he not only answered, but went into detail in what turned out to be one of my most read sports blogs in our near 10 years here.
I simply started it by asking him the question, “Was the issues with the Big East and the Big 12 clearly the biggest thing you dealt with while at WVU” even though I already knew the answer. And the rest of what is written is verbatim of the blog that ran the first August of 2015, which ironically, this is the first sports blog of August 2021.

Hopefully, this will put an official “for the record” from the highest source on the books about WVU’s first-round flirtations with the ACC, SEC, and what he had to say about the Big 10.
HERE’S THE PORTION OF THE BLOG DEALING WITH THE BIG 12 AFTER MY FIRST QUESTION:
“That’s probably fair to say that was it,” said Luck when asked about the paramount moment of his time at WVU. “At the end of the day conference affiliation is essential for a program.”
Luck took it one step further, however, in describing just how essential it was as he could see the Big East beginning the sideway swim toward its inevitable football demise
“When you had Pitt and Syracuse leave and TCU deciding not to join, it was an existential threat to the University,” said Luck. “When you 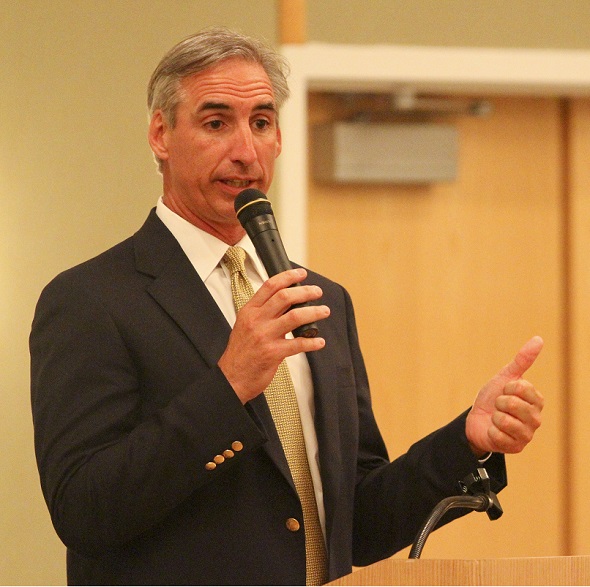 think about it, to a certain degree on an athletic front it was a threat to the state, particularly when you consider there are no pro teams. It would have been a major blow had you not been able to find a spot in what now they’re calling a Power 5 conference.”
Luck said even though he was proud of a number of things that took place during his time at the athletic director’s helm, it’s hard to argue with the value of the Big 12 move. And he said that, yes, money is a big reason.
“There is such a long-term financial impact. We made a 12-year granting of rights commitment that will results in dollars that when you stack it up over those 12 years and compare it what would have happened by staying in the old Big East, it’s significant,” Luck said. “There’s a difference of tens of millions of dollars; maybe more than a $100 million.”
While Luck is aware of the options he had at his disposal, he’s also aware that there are those out there that still believe another conference that was a better geographic fit was a very real opportunity. Luck may not have said it, but I will. It was the Big 12 or it would have been the American Athletic Conference. To think there was something better is foolish, particularly those who still want to believe that the ACC was actually an option or that other conferences were just waiting for us so they could pounce at the right time.
It wasn’t the case. Luck said as much.
“I think it’s accurate to say the ACC was never an option and all you have to do is go back and look at the history of the ACC and WVU’s history with the Southern Conference. The ACC changed its membership four or five times and never was WVU in the discussion and never invited,” said Luck. “… When the most recent discussions were taking place, there was zero opportunity with the ACC – none.” 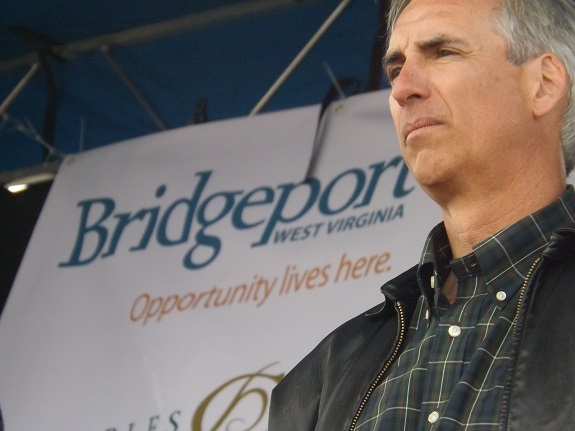 As for the SEC, well, that’s not the same story as our friends in the ACC. While Luck didn’t talk specifics, he did say something could have happened if …
“The SEC was a little bit different. Missouri took a long time to decide what it wanted to do, and I think they were on the fence for six, seven, maybe eight months. Some thought Missouri was waiting for an offer from the Big 10 or may stay in the Big 12,” said Luck. “Had they stayed, or had they become a member of the Big 10, we may have had an opportunity – and I emphasize the word maybe – to be in the SEC. The thing is nobody really knew what would have happened. What we do know is that Missouri’s move closed that door.”
The door to the Big 10 was never open either and it had nothing to do with a slight at WVU. Luck said he had, and still has, a great relationship with Commissioner Jim Delaney, but that WVU simply did not have Association of American University status.
“That’s not a slam against the University, but that’s why we weren’t even considered,” said Luck.
That was the end of the conference talk in the blog.
The Big 10 situation is pretty much the same today. I do not see that as an option at all. The SEC, which showed some interest, is likely not a chance barring a move to some super conference, which has been rumored. Even then, at what point does WVU become an 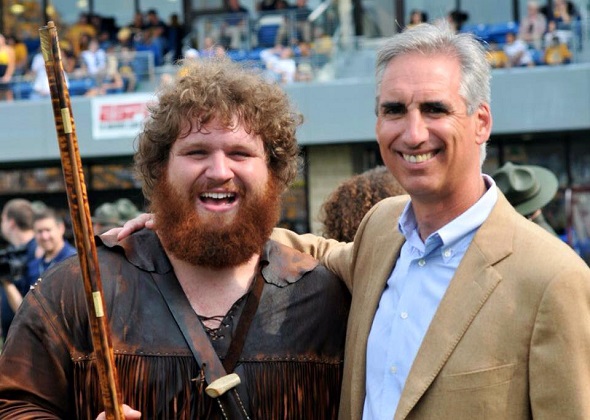 attractive invite if the SEC is poaching name brands.
While WVU is certainly a brand, for those who believe the program is on par name wise with Clemson, Ohio State, Penn State, Florida State, and others need tested immediately for cognitive issues. That is not a slam at my favorite program to watch in college sports, but the reality of it.
The one thing I am hoping for is the ACC, for the first time, will consider WVU if expansion comes. The ACC, or any conference for that matter, would take Notre Dame in a heartbeat. If they end up in the ACC or not, there would still be a minimum of one spot left and there is no better fit geographically than the Mountaineers.
In the end, geography does not matter. Regional rivalries from the past do not matter. Money does. It is what led to the last realignment, and it is what is leading to this one.
And money will determine WVU’s next move as well – whether it is to remain in a new Big 12, get an invite that will bode well from another conference, or even become independent – it is money.
For those thinking to go ahead and join the American Athletic Conference, try making ends meet when your last check from the Big 12 was for $37 million and the AAC will pony up in the neighborhood of $7 million.
In the interim, everyone needs to hope WVU’s new hierarchy of Shane Lyons and Gordon Gee can win, place, or show WVU to the next big race. If not, the Mountaineers are going to be on the outside of that door looking in once again.