From the Bench: When it Comes to Dominant Prep Sports, Hard to Top BHS Baseball and 2010's Decade

Bridgeport football was not the only one turning in a decade of dominance comparable or better than just about everyone in the state of West Virginia. All one needs to do is look over at the other large section of the Wayne Jamison Athletic Complex to find another.
For those of you not paying attention, allow me to introduce you to Bridgeport High School baseball. To say that the 2010s were good to the Indians baseball program would be an understatement. 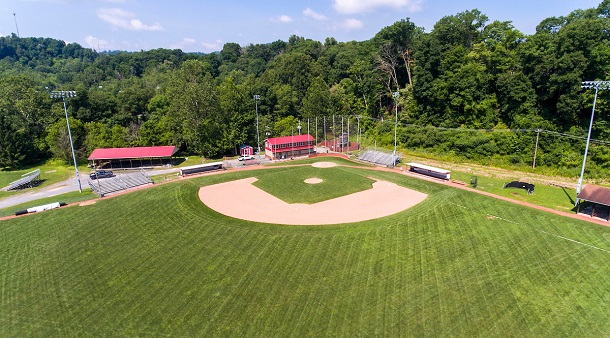 The 2010s were historic. The decade was not just Bridgeport baseball historic. The decade was not just Harrison County historic, Big 10 Conference or even Class AA historic. The decade proved to be State of West Virginia historic.
No one has ever done – at any level – what the Indians have pulled off. The Tribe went into this season with six straight years of ‘AA’ state titles. And I am here to tell you (and we will talk about later), they were a favorite to win it all again.
Before we get there, look at the raw numbers. In the last 10 years, Coach Robert Shields’ Indians managed to put up a record of 302-70. 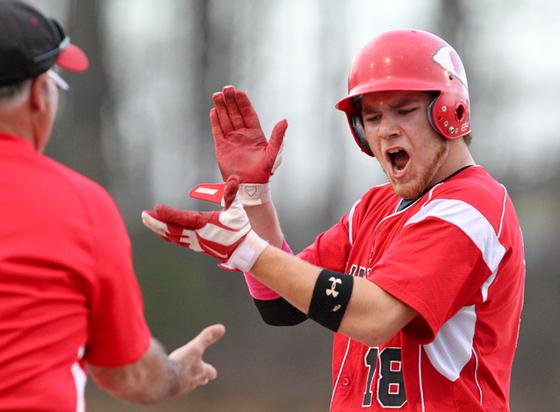 For those not great at math, that is an average of just over 30 wins and seven losses per year.
Think about that. How does that happen?
“We’ve had the right chemistry and the kids are driven to succeed. That success stems from multiple things. They’re winners and they have that winning attitude that starts in youth leagues and continues once they get here,” said Shields. “You throw in so many other intangibles and everything fits.
“We make it fun for them the best we can as well,” Shields continued. “They work hard, but they have fun doing it. In baseball when you’re having fun you’re usually doing well.”
One thing I have always felt that separated Bridgeport from others, even when they graduate half or more of their 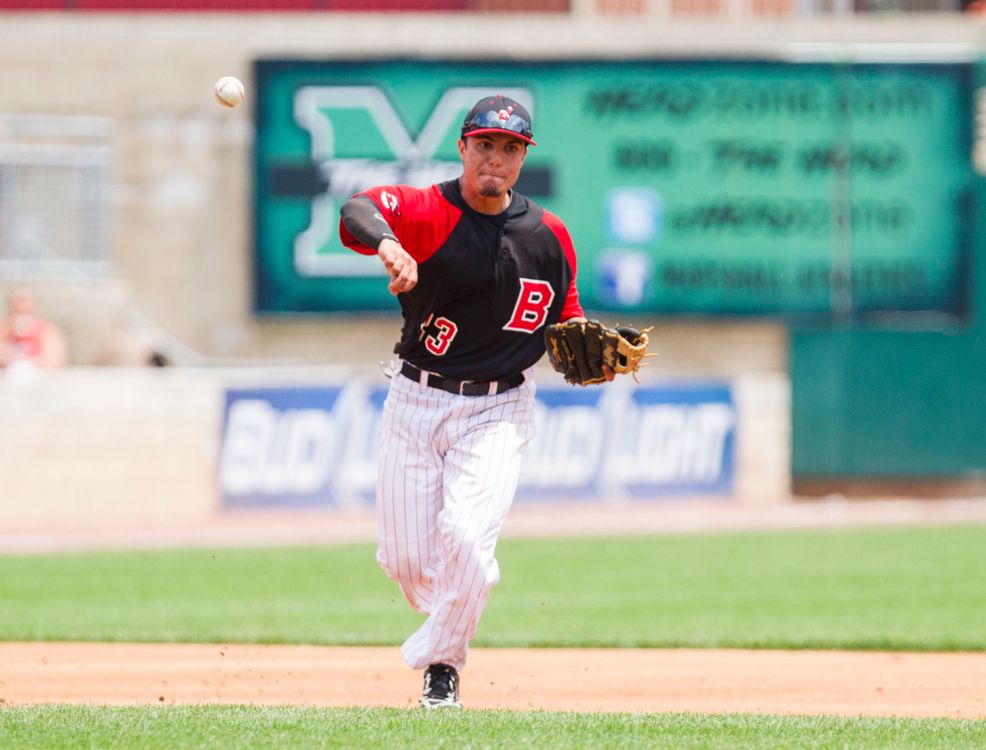 starters, is that there are players ready to step in. Granted, Shields will be the first to let you know he is blessed with talent, but he does not squander it. The history of prep sports in West Virginia is littered with talented teams not winning titles.
Instead, Shields gets his young kids ready for their turn by playing an absolute arsenal of junior varsity games. In fact, 20-plus games – full games – are the norm.
You think that does not make a difference? It does, and Shields has no hesitation talking about it.
“We’ll go anywhere to play junior varsity ball and it allows us to keep a lot of kids on the team. We’ll play teams like Jefferson, Morgantown and Parkersburg South that have great coaches and big numbers,” said Shields. “We’ll play anyone local, too, but with junior varsity you have to travel a lot and you have to have support.” 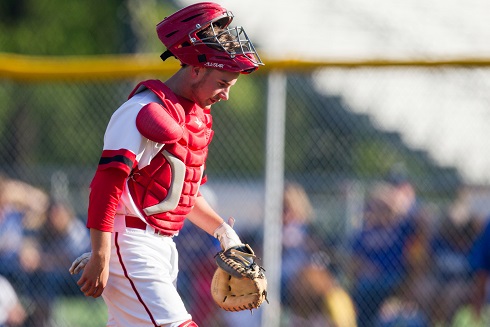 The support comes in two forms. First, Shields said when the jayvee program got going with full steam under former Principal Mark DeFazio, the support was there to do it. He said it is continued with current Principal Matt DeMotto.
“The administrations, past and present, allowing us to play and keep a large number of kids involved can’t be understated,” said Shields. “When kids who patiently wait get their turn, they’ve got plenty of innings under their belt.”
And then there’s Chris Colombo. Along with Shields having a state championship and Hall of Famer (like himself) on the bench in Pete Iquinto, he has the services of Colombo as an assistant.
“Chris is a paid assistant who is fantastic with the program. Think about having a paid assistant that will take the junior varsity team to another location to play while the varsity is playing somewhere else. Having Chris doing that and the administration okay with it is, again, big,” said Shields. 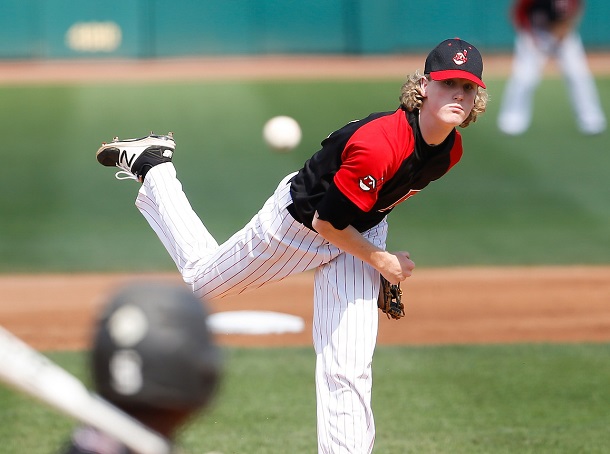 Other coaches pay off as well, but they're not on staff and they're not on the bench for any varsity or junior varsity games. However, Shields said those other coaches are critical.
"We have former players coaching (American) Legion and youth baseball," said Shields. "They teach kids the same way they've been taught, teach them about winning and about the tradition of playing and winning in Bridgeport. That's another area a lot of people may not be aware of that's helped."
The schedule is also big. While the Tribe will be Class AAA next year, it should not be an issue. The Indians arguably play the most difficult Class AA schedule in the state, often loaded with ‘AAA’ foes and even large classification schools 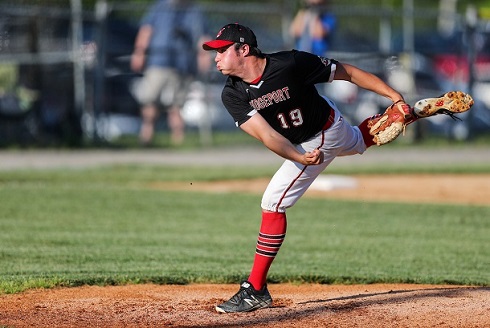 practically every year in Virginia.
“Playing that type of schedule is beneficial for more than just playing top-flight competition. We generally see team’s best pitchers when we go on the road or those teams come here,” said Shields. “Locally, teams we may play in our section or region may not throw their best pitcher against us so that allows us to see some really quality pitching.”
The schedule would not have been different this year. It was loaded with talented teams locally and afar. And while there are no guarantees, if I was a betting man I would say at a minimum the team would have been back in Charleston for the state tournament for the ninth year in a row and a favorite to win it all for the seventh straight time.
“This group had all the little things that was going to make us a tough team. My wife got tired of me saying who we would be playing this day or that day once they canceled the season,” said Shields. “I guess I was really looking forward to it. We had a very good group of kids and a lot of depth. It would have been a fun year.” 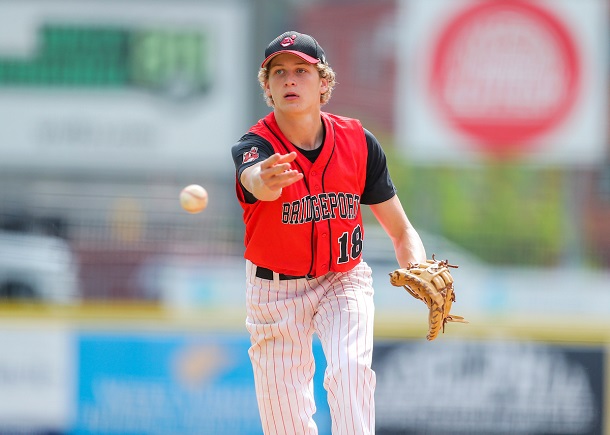 The following is a season-by-season break down of the Indians in the last decade.
Editor's Note: Photos, including top aerial shot of the BHS baseball complex, all by Ben Queen Photography.