The Grapevine: A Message from Mother to Daughter on Her Retirement - Looking at Leslie Queen Pruitt

A short story from a mother to her daughter on February 13, 1966, when a little girl was born into this crazy world in Clarksburg, West Virginia.  She was delivered by Dr. L. Dale Simmons and was named after him, Leslie.
Her parents were Fray and Rosalyn, and she completed a family of six.  The family also included a Pekingese dog, Chan, and a kitty, Boots.  The little girl was taken home to East View where she would remain until she married and moved on with her partner.
She grew up in a loving home and spent her preschool years at home, taking dancing and piano lessons. She started kindergarten at East 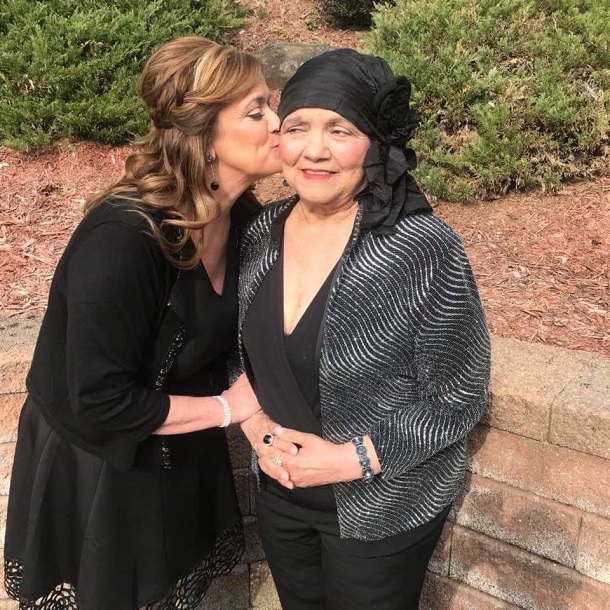 View Grade School, then continued at Broadway Junior High and then completing her education at Roosevelt-Wilson High School.
Leslie was a very good student and maintained good grades.  Upon reaching the seventh grade she became interested in cheerleading and continued on into the twelfth grade.  Cheerleading led her into friendships with Tina Goff, Barbie Gower, Rhonda Quickle, and Gina Zara; friendships that continue today. She was elected to several different offices in clubs and was elected as senior maid of honor for Homecoming Queen.
She faithfully attended Immaculate Conception Church, where she received all her sacraments.  She started her young life as a timid follower of her brothers and sister. She was not exactly what you would call a beautiful baby with her thin stringy hair and her uneven front teeth from falling on them.  She seemed to have a tendency for falling. One Christmas day she had to go to the emergency room to be stitched twice from falls.  But this little scrawny thing turned into a beauty with pretty blond hair and beautiful white teeth.  She was a highlight at several local modeling shows.
The one craft that she excelled in was cooking.  She started with Home Economics in the seventh grade and continued this skill until she has become an excellent cook, having even won the West Virginia Italian Heritage Festival Pasta Cookoff several times.  She has become the family dinner traditionalist.  She never forgets the take outs for her coworkers and those who might need a warm meal.
Before she graduated from high school, we became associated with Bob Belhachet who was the court reporter in the Circuit Court in Harrison County.  He agreed to train Leslie and prepare her to step into his position.  Upon his retirement she went to work for Judge Frank Maxwell and then on to Judge Tom Bedell. While training for this position she attended Fairmont State and took several courses that would enhance her skills for the profession she was about to enter into.  She also worked under a reporter at Princeton, WV, to help her attain her certification.
For the last 36 years she has been a conscientious servant of the Supreme Court having served all 36 years in Harrison County.  She has recorded cases from murder to animal cruelty.  She has maintained a wonderful working relationship with the judges and the court staff.  Yes, she will be replaced but she will surely be missed and never forgotten.
And so, what does a mother say, when she lives long enough to help celebrate her daughter’s retirement. First, I tell her how much I love her and thank her for all the happiness she has brought us. Then, I call to her attention all her fur babies that became a part of our family.  I thank her for the tender, loving care she has brought to our family and especially to me and her dad.  I thank her so much for making us so proud of the job she has done and is about to leave.  And last but not least, I thank her husband Dixon for all the love and care he has given my daughter, Leslie.
In closing I wish you many years of happiness and good health.  May your retirement be the icing on the cake of your life.
May each of you be healthy and happy and until next week “Now You Have Heard It Through The Grapevine.”