Sometimes numbers do not tell the entire story. Sometimes they do.
At first glance, looking at the number of passengers that flew out of North Central West Virginia Airport in April of 2020 would leave people thinking the airport was floundering. Incredibly, there were only 41 people that flew out of the airport.
What the number does not tell you is that it was because of COVID. Allegiant’s destination flights were grounded and the daily flights by United, due to restrictions, were essentially all but empty. 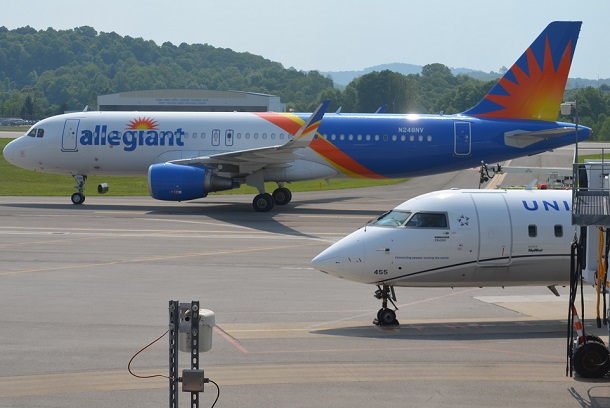 Fast forward to April 2021. The airport showed that 1,941 people flew out of Bridgeport. Although a little less than many months prior to COVID, that number does tell the story. And according to NCWV Airport Director Rick Rock, it is an important number.
“It shows things are getting back to normal,” said Rock. “People are flying again, and we’re going to do everything we can to make the experience as positive as possible to earn repeat business.”
Apparently, that has worked since COVID numbers in nearly every category nationwide have dropped. The traveling public has doing just that – began traveling. The NCWV Airport’s numbers are proof of that.
“We’re up in April 32 percent from March,” said Rock. “It was a rough year, but you have people wanting to travel after being boxed up for 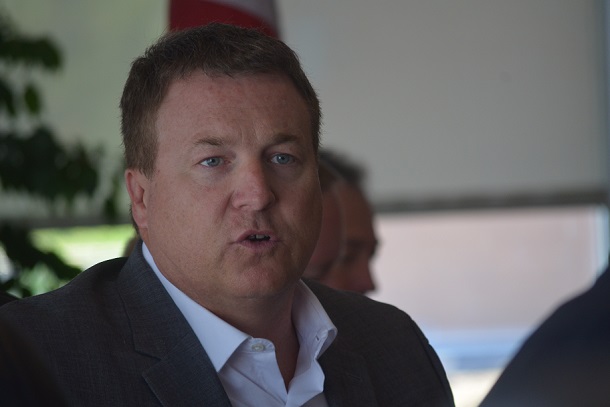 so long.
“The numbers are good on bookings across the board heading into the future,” Rock continued. “We have strong numbers with United and we have strong numbers with Allegiant.”
Rock said seeing the recent increases are satisfying. He said it is proof the community backs the flights, and he expects to see even larger increases in the months ahead.
“We appreciate this community and look forward to seeing people coming back,” said Rock. “We have a lot to offer this summer.”
For those seeking destination flights to beaches or vacation spots, Allegiant is now offering five flights a week to Myrtle Beach. The Bridgeport to Orlando flight takes place three times a week, and there are also two flights a week to the airport’s latest addition – a flight to Destin in Florida.
“We hope to see that flight back next year,” said Rock.
Editor's Note: Top photo shows the NCWV Airport's two flight service providers, while Airport Director Rick Rock is shown below.