Bridgeport’s Main Street has a new place to get something to eat, something to drink, and something to satisfy your sweet tooth.
Just after the start of the New Year, Roasted Ice Café opened up shop on 925 West Main Street. The location is on U.S. Route 50 in the DePolo Plaza right across the road from Wilson Martino Dental. 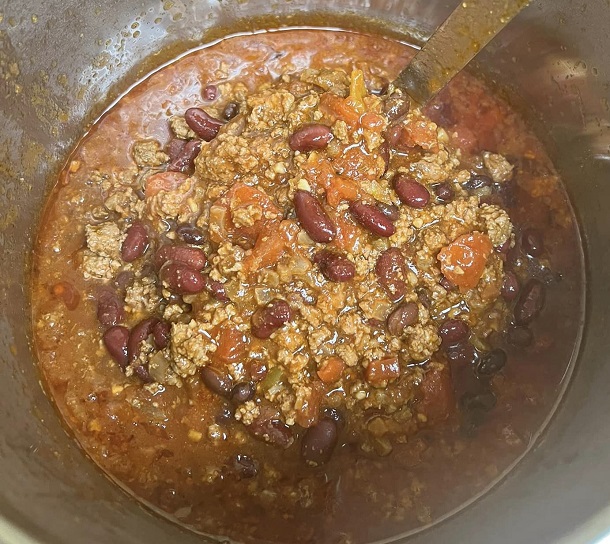 Owner Bryan Sheme said the business is currently open seven days a week. And they are ready to serve you.
“We’re excited about this location,” said Sheme. “We had a soft opening Jan. 5 and then opened up with a lot of our items on Jan. 7.”
The items are already plentiful and will become more plentiful in the days ahead. The menu’s centerpiece is, as the name suggests, coffee. However, it offers much more.
The business offers various drinks including hot drip coffee, ice cold brewed coffees, and hot and cold lattes among others. The business is also bringing something to the city that can only be found in West Virginia – a machine called “Ground Control” that Sheme said he believes is only available in the Pittsburgh area.
“We can make our lattes, cold brew, and hot drip brews all from the same machine,” he said. “It also speeds up the process of making our coffee.” 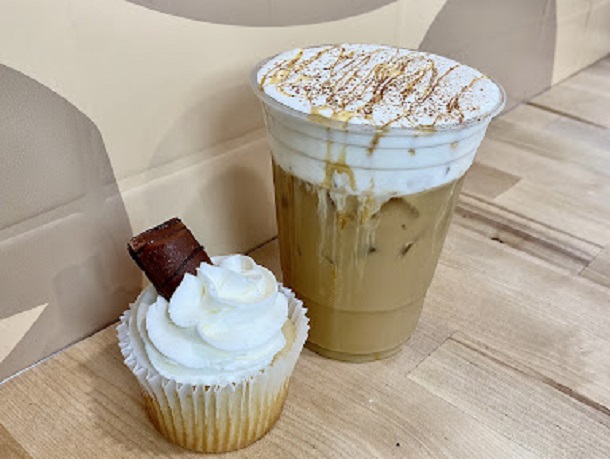 At the business’s previous location in Bridgeport, Sheme said it would take 18 hours to make 12.5 gallons of their cold brew. He can make a gallon in nine minutes with the new machine.
“We would previously make the cold brew and it would sit in a kettle at room temperature. This puts the heat on it at 110 degrees, brews it in nine minutes, and then we refrigerate it,” said Sheme.
The business also has the food you may want to pair up with their drinks. Sheme said they will offer chili every day and also feature a “Soup of the Day.”  There will also soon be paninis offered as the electrical work is expected to be completed soon for that. Once done, a breakfast burrito panini will be available, 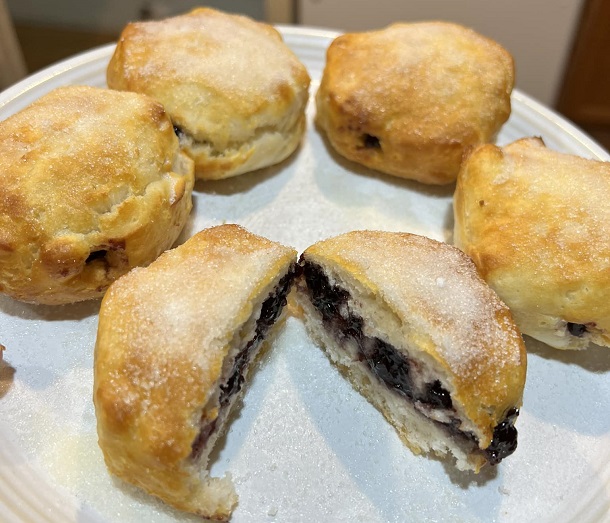 along with lunch paninis featuring pulled pork, taco, and others.
Sweets are already available. Sheme said the business orders most of their items from Freshest Dough in Morgantown that features items such a pecan and cinnamon rolls to scones and muffins. The cupcakes are also acquired locally, he said.
The business will continue to make its jelly blossom. The biscuit is covered with butter and sugar and has jelly injected into it.
If the name sounds familiar, it should. While it is a new location, it is not new to the city.
It was in March of 2022 when the business opened shop in the Meadowbrook Mall. Things, however, did not work out, according to Sheme. 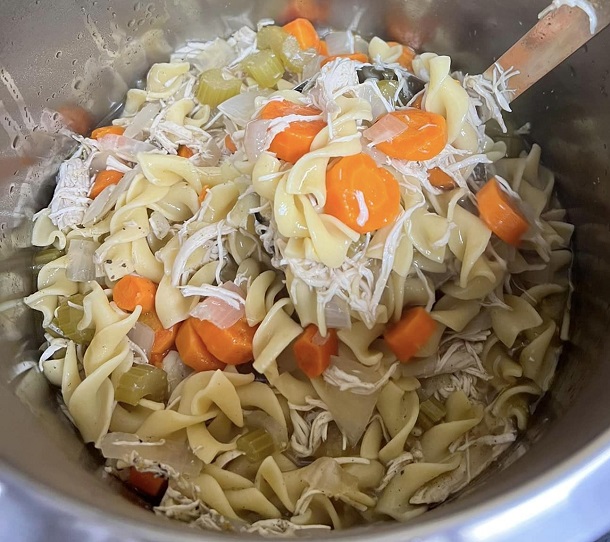 “We had multiple problems with water from flooding in a storm drain to a roof leaking,” said Sheme, who also said he deal with some sewer-related issues leading to the departure.
Sheme said the staff consists of eight employees, most of which are part-time workers. Although hours of operation may change, the tentative hours of Monday through Saturday from 6 a.m. to 6 p.m. and from Sunday from 11 a.m. to 5 p.m.
The hours may change based upon a review of when the business sees the most customers. Currently, the number for the business can be found on their Facebook page, and that may change soon as a landline is anticipated to be installed this week. Click HERE for their Facebook page that lists hours and changes, as well as daily specials. Their Web site can be found HERE.
Editor's Note: Top photo shows the daily chili, while the second photo is of one of the many coffee drinks and sweet treats available. The third photo is of the jelly blossom biscuit, while some fresh chicken noodle soup is shown below.