It was not too long after Clarksburg Mayor Jimmy Marino uttered the words “demolition could start at any time” Monday that it actually did on the former Eat ‘n Park building situated on Tolley Drive.
“The demolition permit was filed in May (May 19), but there was a bit of delay,” said Marino Monday. “Once the demolition is complete, then things really get interesting.” 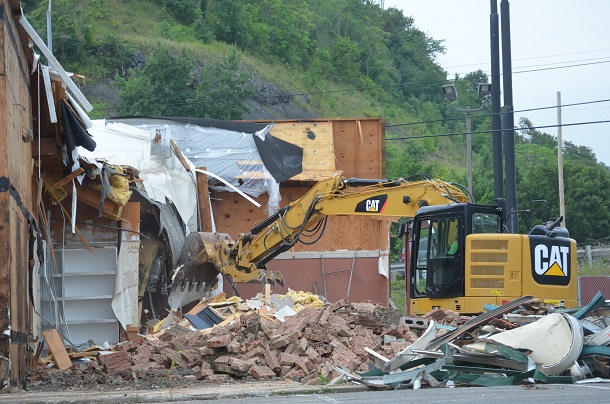 Marino has nearly three million reasons to believe such is the case. The site will soon be home to the new Longhorn Steakhouse and the company filed a $2.9 million permit for the new building situated on the corner of Route 50 and Lodgeville Road and iliterally sits on the border of Bridgeport.
“We’re excited to see this,” said Marino. “We’ve been waiting for work to begin on this project once the Olive Garden opened.”
The reason for the connection is both restaurants are owned by the Darden Family of Restaurants. Longhorn, which is located just across from the Eastpointe and NewPointe plazas, announced it was coming shortly after construction began on the Olive Garden at NewPointe.
“A lot of people kept asking if Red Lobster was next as that company used to own Red Lobster,” said Marino. “(Darden) had a presence and saw another opportunity that we’re glad they took.” 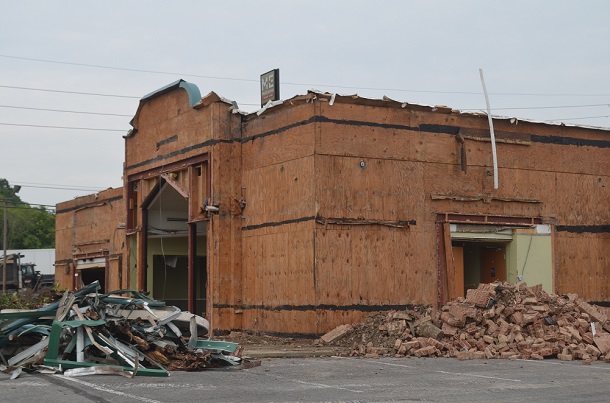 The arrival of Longhorn is part of a massive flurry of activity in that area for Clarksburg. The Olive Garden also came with a $2.9 million permit, while a new Kroger, Hobby Lobby, and Michael’s bring the investment in that area to more than $20 million.
“It’s good for the city, the county, and the region,” said Marino. “This is an excellent restaurant, which I’ve eaten at in Morgantown. Now, you can stay local for it.”
Marino did not have a timeline for when the business would open. However, he said things progress quickly once the demolition is complete.
“We know they’re going to go fast. That is a terrific location that has a super high traffic count,” said Marino. “We hope they have a long and healthy stay in Clarksburg.”
Dereck Inc. is the general contractor.