Duez Set to Step Down as GBCVB Executive Director

After a little more than six years, Michelle Duez’s run at the executive director of the Greater Bridgeport Convention & Visitors Bureau is about to come to an end. Earlier this week, Duez announced she will be stepping down from the position.
For someone who is deeply intertwined in the Bridgeport community, leaving a position that promoted and drew people to the city she loves and calls home was not an easy decision.
“It’s been a bit difficult,” said Duez, clearly emotional about stepping aside. “However, I’m looking forward to a new chapter to begin.” 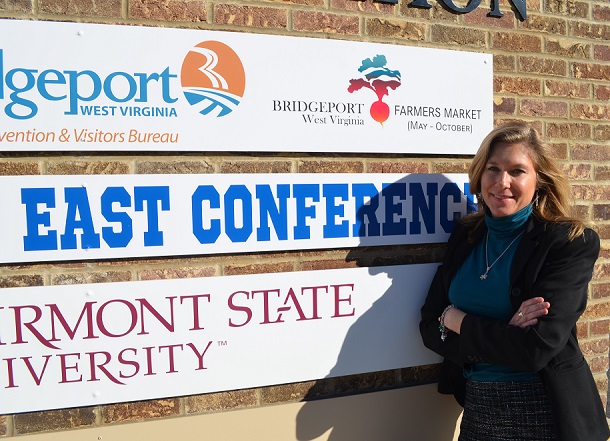 Duez’s next role will begin at the end of 2018. She will assume the position of the Regional Philanthropic Officer for the American Red Cross with an office based out of Morgantown. She believes a long period of experience on the civic and volunteer front will have her in a good position with the new job.
“Community service has always been very important to me. I am a 24-year member of the GFWC Bridgeport Junior Woman’s Club, as a youngster I was very active in the Girl Scouts and I’ve always been one ready to volunteer,” said Duez. “To serve with the Red Cross is a role I feel comfortable moving into and fits within my life's passion.”
She had been comfortable in her position with the GBCVB. And she’s happy with the items she’s been involved with during her time at the post.
“I came out of the gates fast. In my first week on the job, I was managing the county’s Sesquintennial celebration.  Since then I’ve been 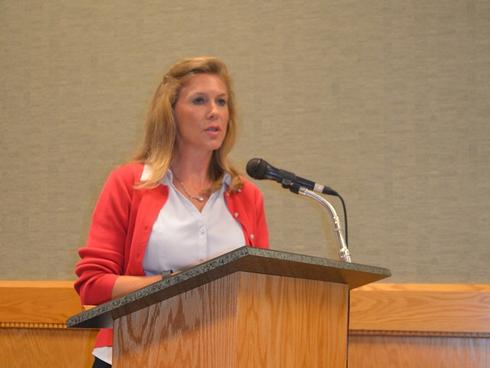 involved in a number of projects including overseeing the start and completion of the new $3.4 million CVB building; starting up the Bands, Bites & Brews event; assisting in making Bridgeport a sports destination at the Recreation Complex; working with the Big 12 Conference to utilize Bridgeport as well as the Mountain East and other endeavors. There’s a lot that’s taken place.”
Drew Pomeroy, who is the president of the CVB Board of Directors, said Duez accomplished much during her time here.
“Obviously, during the last six years she’s been here the organization has grown dramatically in revenue and assets we maintain. All the properties we have, including Connect-Bridgeport, the hotels, the Bridgeport Conference Center, the (North Central West Virginia) Airport, the Recreation Complex, are all doing extremely well,” said Pomeroy. “You’d have to say she’s had a tremendous impact on that.”
So what’s next? Pomeroy said nothing has formally been discussed at this point and likely won’t until next year. The board will meet in early January and initial discussions will likely begin at that point.
“The last time we had this situation we ended up doing a national search and interviewed candidates from all over the country and from locally. We ended up hiring someone local so I think that shows we’re not excluding anyone if we go that route again,” said Pomeroy. 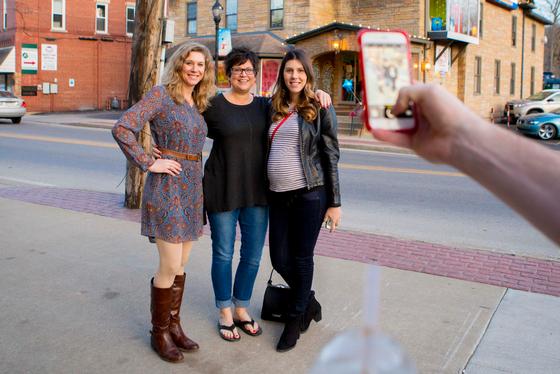 “Right now, we don’t know what the future holds. I think it’s safe to say it’s going to be important who is brought in understands about meeting the needs of a changing organization.”
As for Duez, she’s still going to be around. She’s still going to be in the city she loves and dealing with the people she calls friends.
“When you look at everything, the best part of the job was being able to build relationships with people. I feel very lucky to live in a community like Bridgeport and wouldn’t want to live anywhere else in the state. It’s hard to find a community with such support that gives you the Hallmark-like feeling,” said Duez. “To be able to promote the city as a destination was an honor. We’re so fortunate to have the airport, the conference center, the hospital, the 12 hotels, the recreation complex and office parks along with so many other things that draw people here. It’s a great place.”
Duez has lived in Bridgeport since 1999. She and her husband Matt are the parents of Michael (22), Mark (18) and Mitchell (14).
Editor's Note: Michelle Duez is shown outside the new building housing the GBCVB above and addressing Bridgeport City Council in the second photo. The third photo shows Duez, left, with friends at a Main Street Monday program that was in place for a couple of years.