It has been no secret that the North Central West Virginia Airport has been looking to find ways to enhance the amount of parking available at its facility. Due to the increasing popularity of flights to Orlando and in the summer months to Myrtle Beach, the parking at the facility is sometimes hard to find.
In recent years, airport officials have discussed acquiring additional property to add to the roughly 500 spaces currently available. However, with a new terminal coming in the not-to-distant future, investing a boatload of money into parking may not be fiscally prudent.
The good news, bad news is that parking will likely be in a worse situation come late May. It is good news because at that time two new 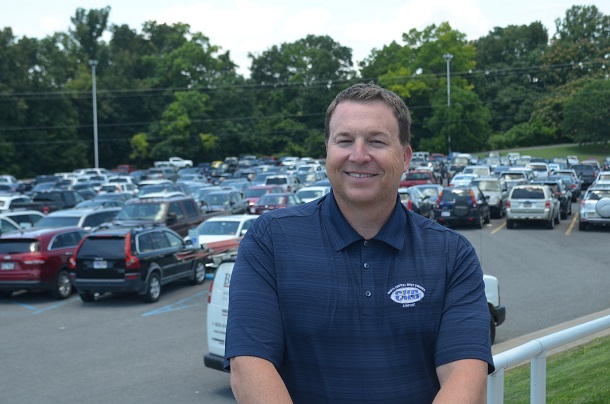 destination flights – one to Destin, Fla., and one to Chicago – will begin about the same time as the Myrtle Beach destination flight.
The bad news? They additional flights – along with parking required for the daily flight service through United Express to Washington, D.C. and also to Chicago – will only exasperate the situation.
“We are working on it,” said NCWV Airport Director Rick Rock. “We understand that parking is certainly an issue and we’ve got to find a way to alleviate it with this terminal because when the new terminal is done, we may not have a problem.”
Right now, as it has been forever, parking in the hundreds of spaces is free. That will soon possibly be coming to an end.
“That’s the direction we may have to end up going and likely end up going because of several reasons. One of the problems is people are using our space for non-travel purposes and have been for some time,” said Rock.
What that means is members of the community are aware parking is free and use the lot almost as a “park and ride.” They park their cars there and upon return from whatever destination they are at simply drive away.
“Years ago, we never thought this would be an issue, and now it is. We’re also going to ask the public to try and ride together when doing trips because we know some families come up and use multiple cars and could just use one,” said Rock. “We also would hope some would consider being dropped off, but we do no that is not always feasible. When it is feasible, we hope that happens and we think if there 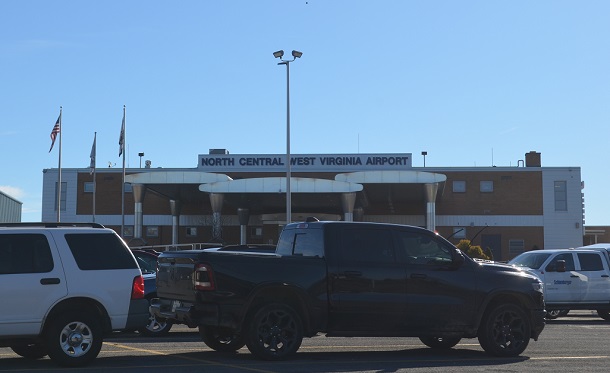 is a cost associated with it more people will do just that.”
Rock said he will need approval of the Benedum Airport Authority, the airport’s governing body, to do that. However, he said he anticipates finding support for it because the new terminal – once completed – will feature paid parking.
“As we grow our footprint, we’re going to have to incrementally pass some of the costs on so that everyone can enjoy what we offer,” said Rock. “Trying to take advantage of what we have as opposed to buying and building more with the growth we’re having is less hit to the taxpayer.”
Rock said people do not have to worry about exorbitant rates seen at some airports. He said the prices will not be so high that local hotels will opt to include free parking with a night’s stay to help buffer the cost.
“Nothing is certain, but I would think $5 a day would be fair and would definitely stop people who are coming up here and just parking to have to go elsewhere,” said Rock.
The parking fee, he said, will also provide something else the airport is always looking for – an additional revenue stream.
“You have to maximize revenue opportunities because, as the pandemic has shown, you do not know what the future will bring,” said Rock. “We’ve been able to get away with free parking for the last 30 years.”
Rock said based on information he has looked at and with discussions with aviation professionals, it is customary for 20 percent of an airport’s revenue to come from parking.
“I don’t think you can get to that point, but this is not uncommon,” said Rock.
So, when will it happen if the Authority signs off on it?
“If you get buy in from the Board and the public, you’re looking at anytime between now and the summer season,” said Rock. “Regardless, it has to be addressed. The new terminal will address parking because it will be paid parking. You have to do that because new things aren’t free.”
Editor's Note: Top photo shows NCWV Airport Director Rick Rock standing in front of the parking area a few years ago when the problem with parking became a topic in front of the Airport Authority. The bottom photo shows a 2013 aerial picture of the parking lot during one of Allegiant's first flights's to the airport. 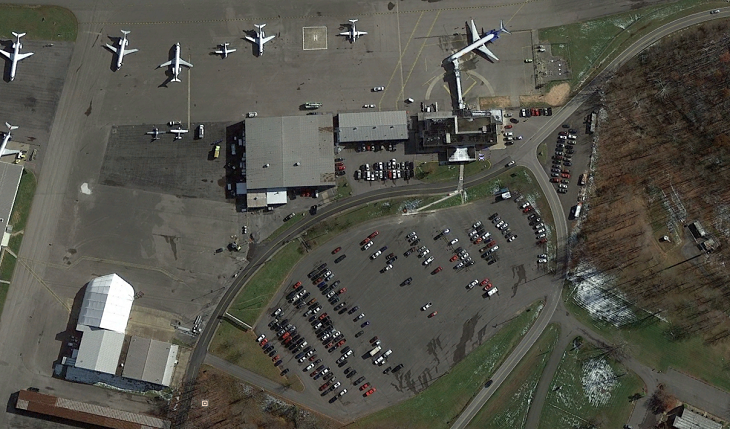