Looking for Good Fishing on Cheat and Tygart Rivers in Our Area? See why Smallmouth Bass are Biting

The abundance of smallmouth bass in the Cheat and Tygart rivers has helped make northern West Virginia a go-to fishing destination for anglers, but there was a time in recent decades when these waterways weren’t able to sustain the popular sport fish.
“There’s a lot of fish here now so it’s hard to believe it, but the Cheat and Tygart were once considered dead fisheries because of impacts from really bad acid mine drainage pollution,” said Dustin Smith, Assistant District 1 Fisheries Biologist for the West Virginia Division of 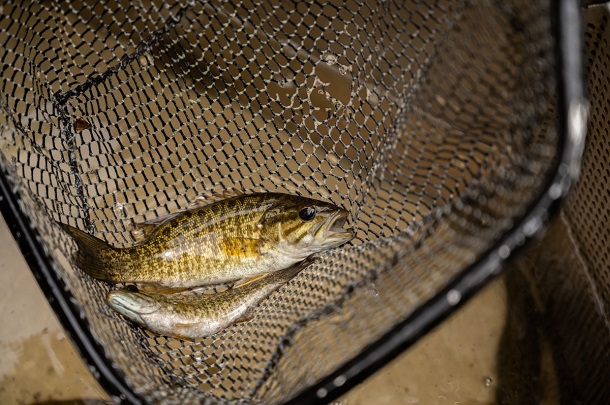 Natural Resources.
Acid mine drainage is acidic water that can be toxic to humans, animals and plants and often comes from abandoned mine lands that haven’t been properly taken care of. Few fish species can live in water polluted by acid mine drainage.
“Acid mine drainage is harmful to fish and other aquatic organism,” Smith said. “It also negatively impacts outdoor recreation opportunities, such as fishing.”
For decades, the Cheat and Tygart rivers had few fishing opportunities, but state and federal agencies, nonprofits organizations, universities and volunteer groups significantly improved the water quality by cleaning up acid mine water, Smith said. Anglers who want proof, Smith said, should look for the fish.
“Smallmouth bass are an indicator species and are very sensitive to acidic water conditions,” he said. “What that means is that they are one of the first species to disappear if the water becomes polluted and one of the last to come back. So, the fact that we have a lot of smallmouth bass in these waters — and we are seeing bigger fish also —­ is a huge success and testament to the work that’s been done here.”
Smallmouth bass are now one of the most abundant species in the Cheat and Tygart rivers and there are plenty of other waterways around West Virginia where anglers can catch this popular sport fish.
Smith said anglers who want to target smallmouth bass should use any type of bait that resembles crayfish, aquatic insects and minnows. Anglers should also pay attention to fish movement and how they react in different seasons. During cold winter months, smallmouth bass often move into deeper pools. During warm weather periods, they may still be found in deep water with some current or in areas close to turbulent, oxygen-rich waters, such as riffles runs and eddies.
“Smallmouth bass fight hard are fun to catch and there are a lot of opportunities for anglers to target them in West Virginia,” Smith said.
All anglers 15 and older must have a valid West Virginia fishing license, which can be purchased online at WVfish.com and at license retailers around the state.