It’s been in place for more than four decades, with most of that time in Pennsylvania and the last few years in Fairmont. Now, the tradition and its menu are coming to Bridgeport.
It could have opened yesterday (although its Facebook page where it was to be announced didn't have anything), it may open today, tomorrow or even next week. But as of the middle of this week, the finishing touches were being put on Original Italian Pizza of Bridgeport – formerly Original Italian Pizza of Fairmont. 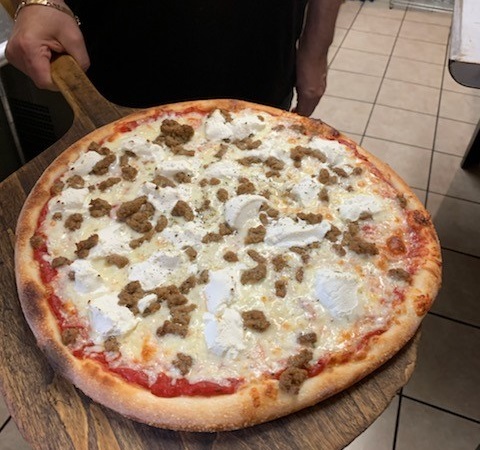 “We had to close the (Fairmont) location for a lease reason and a location reason,” said restaurant owner and operator Salvatore Marino.
With his old lease expired, Marino looked for a place where he had looked at before. And he found his new home right along U.S. Route 50 in the DePolo Plaza right across the road from Wilson Martino Dental.
“I’ve always liked Bridgeport. Four years ago, my daughter in law, she showed me, and I was taken by the town. It reminded me of an old town, but not in the sense of old-fashioned,” Marino said. “It reminded me of the small community towns I knew when I was in Pennsylvania. It’s a friendly town and attracted to it.
“When I saw Bridgeport, it was too late to come here and open up the business,” Marino continued. “I had a contract with my landlord in Fairmont, but after four years my lease expired and decided to take a second look.”
His second look found him finding a location that housed a long-time jewelry store in Bridgeport in the plaza he settled on. And he believes it’s the perfect location for his pickup food business.
“I loved being able to find this location. I understand it’s a little bit hard to find location or real estate right along Route 50. This road is very busy, and I think we’re going to do okay,” said Marino. 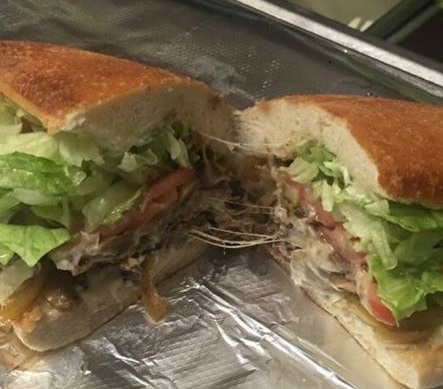 Marino said he did good business in Marion County. Prior to that, going back to the 1970s, Marino was operating in Pennsylvania.
“I’ve been in business since 1977. I was very young, 15 years old, and just arrived from the old country and I chose this route for business,” said Marino.
Since that time, most everything has remained the same. The only major change from his Pennsylvania days is a change in how the bread for the homemade pizza dough and hoagie rolls are made.

“The recipes, the sauce, are all the same,” he said. “We don’t buy anything other than ingredients. We make everything here from rolls, to sauces and all the dough. We don’t use preservatives. We use four ingredients – salt, sugar, basil and oregano.
“That’s my spice recipe for everything in the store.”
As the same would suggest, pizza is the specialty and there are multiple choices. The menu, which is still being crafted will feature traditional round hand tossed pizzas, sheet pizzas, stromboli, calzones, salads, hoagies, wraps and more. 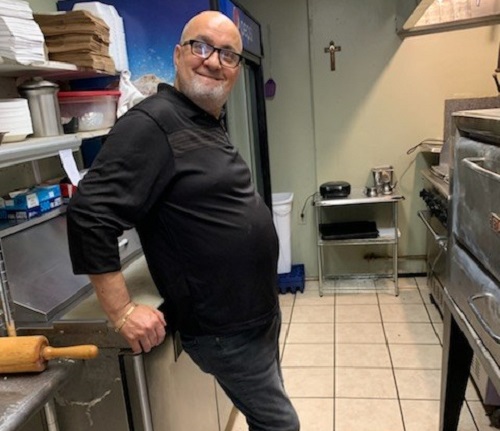 To check the status as to if they’re open, visit their Facebook page by searching for Original Italian Pizza of Bridgeport. The phone number is 304-841-3312. The hours posted on the door are Tuesday through Sunday from 10 a.m. to 9 p.m.
The Facebook page also has posts seeking individuals interested in working for the new restaurant.
Although he has received applications for vacancies, several positions are open, according to Marino. Marino said those interested can be trained to perform jobs that are needed to be done.
Editor's Note: Top photo shows one of the signature pizzas that will be coming out in droves here in Bridgeport, while the second photo is part of the hoagie, wrap and calzone family portion of the menu. Bottom photo shows Salvatore Marino at work when the shop was in Fairmont. All photos from the Original Italian Pizza of Bridgeport Facebook Page.

Dine & Donate at The Caboose