By Connect-Bridgeport Staff on September 14, 2020

For those visiting Bridgeport who have already sampled the city's fare or those who are residents of the city and beyond looking for a trip for a new of different culinary experience, here's a recent edition of WDTV's Tasty Tuesday segment. This restaurant, which opened in April, is right in the heart of Bridgeport on West Main Street across from Wilson Martino Dental.
FROM WDTV
You'd think that after 40-plus years of making pizzas, Salvatore Martino would've had enough by now. 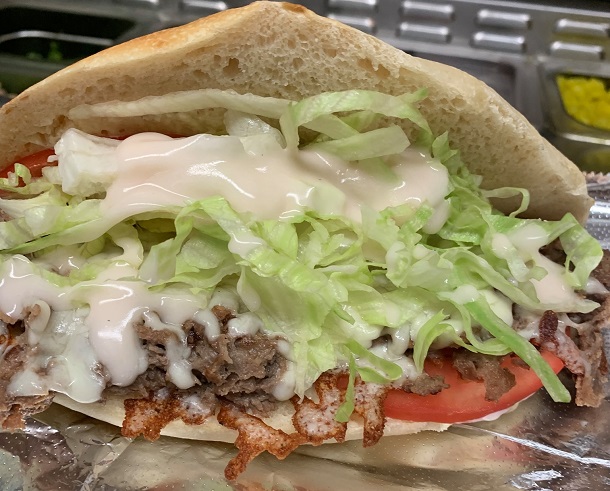 “Pizza to me is always delicious,” Martino said.
In fact, Sal, as they call him here, had a slice before we visited his newest venture in Harrison County.
It’s Original Italian Pizza of Bridgeport on West Main Street.
It was in Fairmont for the last few years but moved to Bridgeport in April.
But Sal's journey began long before then.
He grew up in Sicily and moved to the United States when he was 15. He learned about the restaurant business from his dad when they lived in Brooklyn.
In 1979, one of Sal’s friends asked him to move to Pennsylvania to help him with a restaurant. He ended up working there for 30 years before moving to West Virginia.
“I believe keep it simple and you’ll be OK. That’s my philosophy,” Martino said.
That simplicity has kept him in business all these years. It's a tactic that goes back generations.
“My mother and grandmother, they used to cook things that were always very delicious with the very minimum basics,” Martino said.
He runs the restaurant with his wife. A photo of their dog hangs on the wall in the entryway. The dog is appropriately named Senior Bocelli after Italian opera singer Andrea Bocelli.
The restaurant offers curbside pickup. Customers can call ahead and pick up their order without leaving their cars.
While pizza is Sal’s staple, his menu also includes salads, strombolis, calzones, hoagies and wraps.
Click HERE for the remainder of the story.
Editor's Note: Photos from the Original Italian Pizza Facebook page.