While officials with the North Central West Virginia Airport continue to work on plans for a multi-million terminal and earth-moving project, efforts in other areas continue as well.
Recently, North Central West Virginia Airport Director Rick Rock announced the process has started for another project that is likely to be in the seven-figure range. The announcement came at a recent meeting of the Benedum Airport Authority. 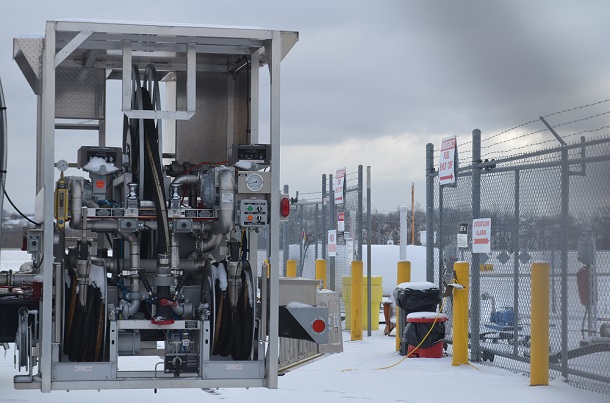 “We’re looking at replacing the fuel farm at the airport,” said Rock. “We have identified some spots for it, and we’re looking southwest end of the runway toward Route 50.”
Rock said the current fuel farm area, which is located roughly 20 yards from the existing terminal building, has been in service for about 30 years. Although still functional, he said it is something that needs to be updated due to the importance of the facility.
“The fuel farm is our revenue superhighway,” said Rock. “That is our cash cow, and it has allowed us to do a lot of things at the airport.”
One of the things the revenue produced from the fuel that is sold there is enough funds to help cover the costs of this project. Rock said new fuel farm will not be covered by FAA dollars that are available through the Airport Improvement Projects (AIP) program.
“This will be a self-funded project,” said Rock. 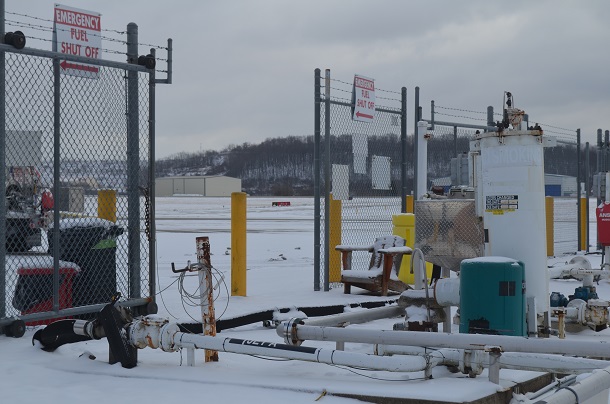 Rock said the project layout and how to set it up will be done in tandem with the NCWV Airport’s current fuel provider Titan Fuels. He said the airport’s engineer of record, The Thrasher Group, will be involved as well with permitting and other details required.
As for access to get to the fuel farm, Rock said that is being worked on.
“The access could come through the current gate to the fuel fame or we may create another gate. We are also looking at the possibility of partnering up with Harrison County to enter through an area off of county-owned property in the area we believe this will go,” said Rock.
Rock said the project should get started this calendar year and be completed.
“We’ve had our eyes on this project for a while want to continue to fund various items through the operations of the fuel farm,” said Rock. “The best way to make sure that continues is to have a fuel farm that is as modern as possible that will meet the needs of our customers well into the future.”
Editor's Note: Shown in the fuel farm at the North Central West Virginia Airport.