One would have to go back nearly a year, to the first days of October, to have been able to have had their palates pleased by the edible offerings of Chef Anne Hart. It was on that cold, fall day the offerings ended for those who wanted something out of the ordinary and culinarily perfect at the same time.
On that morning, the Shoppes of Averill Place on Virginia Avenue were leveled by a fire. Gone were the businesses located in the small, but well visited plaza. Among those lost in the blaze was Anne Hart’s Provence Market and Café. 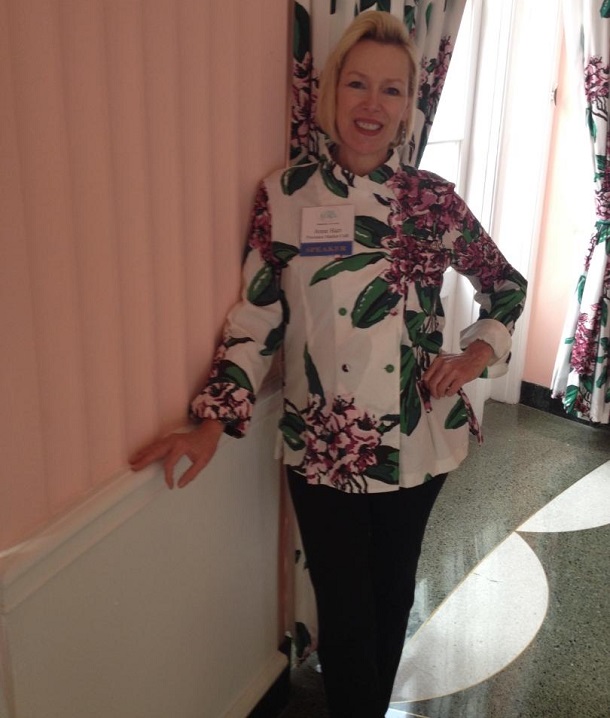 “I remember the date easily. It was Oct. 3, 2019,” said Hart.
The loss was tough on the community. It was particularly tough on those who fancied the creativity and care Hart placed in preparing a menu that had standard fare but was not necessarily always standard. The loss to Hart personally was devastating.
“It was a hard day. It took a while, but I knew I needed to get back in the game. I missed cooking,” said Hart.
Come October, Hart will return to the game and will be cooking, albeit in a new location. And she will be more than sharing her food this time to customers. Hart will be sharing her gift of how to cook with those interested.
Next month, Hart Kitchen will open on Fourth Street in Clarksburg, which was the former home to The Aquarium Lounge and the initial home of Fourth Street Restaurant. Hart will first open Hart Kitchen Eatery, which will be the restaurant portion of the business.
At a yet-to-be-determined time after that, Hart will offer something new. She will open Hart Kitchen Cookery, which will be a cooking school. 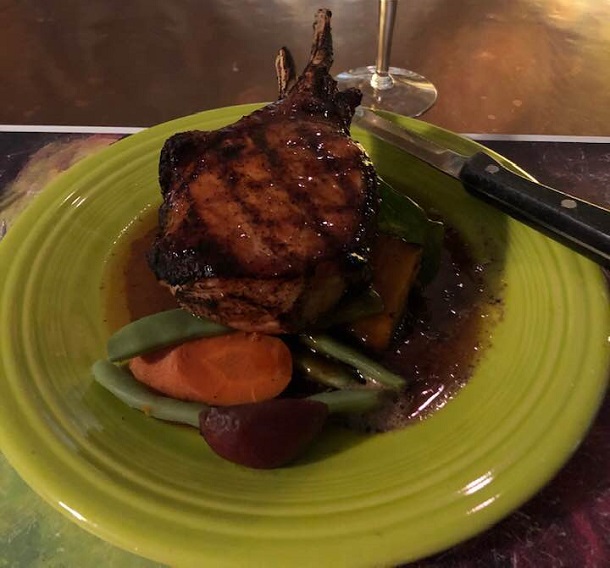 It fell into place as Hart began to get the crave to return to work. She had already been contacted by the landlord of the property in Clarksburg, Joe Folio, who happened to be a family friend. The first contact from Folio was not at a time when she was ready to return.
“(Folio) approached me when he knew there would be an opening in that location, but it was going into the summer with COVID in place so it just wasn’t right,” said Hart, who said they have been working to get the business ready and in the building one week from Tuesday. “I kept thinking about it and he called me in August and here we are.”
For those not familiar with the layout of the building, there are two sides. The opening area is a smaller area with a bar and dining section, which opens into another much larger area past restaurants have utilized as the main dining area. Those restaurants operated a standard work week often with Sundays and Mondays off.
Hart will be changing things up on both fronts. The restaurant, which will be coming first, will be open Thursday, Friday, and Saturday. That, she said, will allow for plenty of time to make sure the area is sanitized every day with a thorough cleaning on off days. 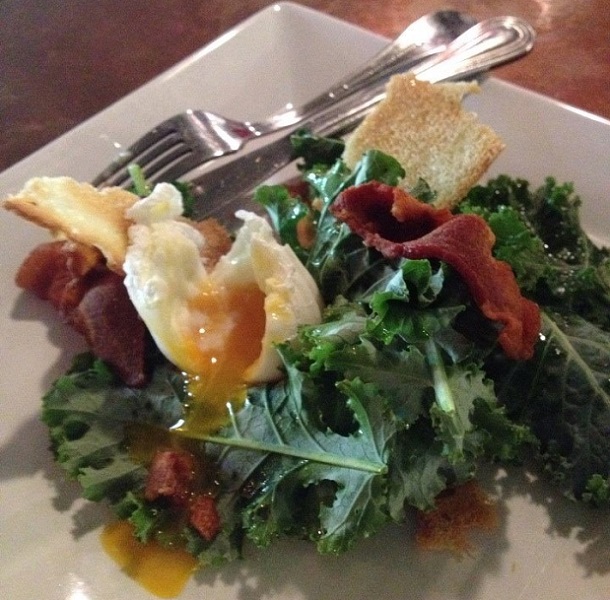 “We’ll be following all of the security guidelines,” said Hart.
As for the large space with better natural lighting that touches on Clarksburg’s Trader’s Alley, that is where the cooking school will be held. Hart said once the restaurant is in operation, the classes are planned for a Monday, Tuesday, and Wednesday format. The room may also be able to host private parties, but the emphasis will be the Hart Kitchen Cookery with a maximum of 10 people.
“The cookery will focus on seasonal cooking. We’ll be looking at going to a farmer’s market and teaching them to cook by season; to cook in-the-moment cuisine,” said Hart. “The idea is to create a menu with what you have to cook with that day.”
For the restaurant, a lot of the same concepts will apply. First, however, Hart wanted her past customers to know the answer to a prominent question she has 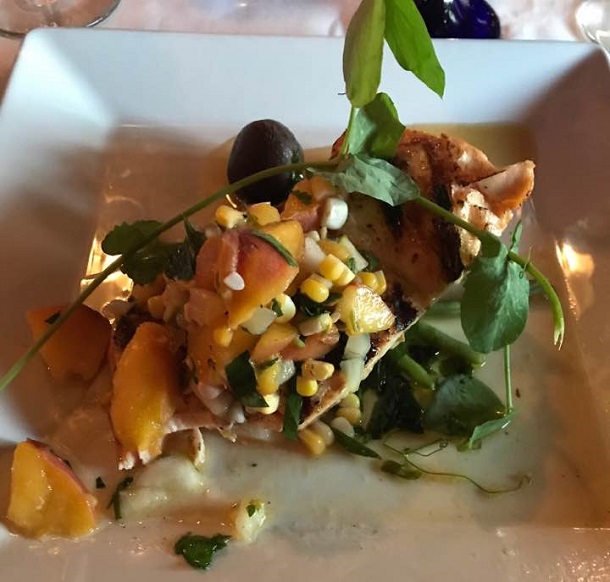 been asked since it has been learned she is reopening a restaurant.
“I’ve been asked continually will we have our roasted red pepper soup. Of course, we’ll have it,” said Hart with a laugh.
As for the rest of the menu, it will have seasonal offerings as well as nightly specials. There will be standard options on the menu as such as mussels, signature burgers, poutine, Michael’s Famous Pixie Dust Chicken Wings, salads, and more.
“It will be a smaller menu,” said Hart.
There will also be a full bar setup. While many of today’s craft cocktails will be available, Hart said you can count on something at Hart Kitchen
“We’re going to feature the classics. There is nothing wrong with the classics,” said Hart.
Hart said the front area, based on proper social distancing and seating guidelines, will allow for 34 individuals to be seated. 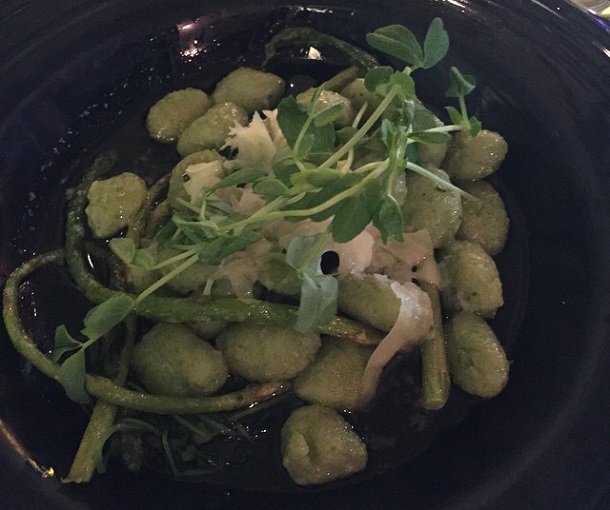 As for the building itself, she said it will have a slightly different look, but “has good bones.” It also is set up for restaurant use, including a kitchen that allows for Hart to progress much quicker than a complete buildout.
There is one other thing Hart is happy to announce will be present in her new location. And it is something she believes others that have frequented her Bridgeport restaurant will appreciate.
“I think everyone will be really surprised with my staff, and in a pleasant way. I’ve spoken to all of our past staff and most of them will be joining us,” said Hart. “They’re already well versed on the job needing to be done so we anticipate that to be a smooth transition. I’m really looking forward to this.”
Hart, as it is likely the City of Clarksburg, the region, and her customers, is looking for another long run. Provence Market made it 17.5 years and it would have been 18 had it gotten to May of 2020. Her new run will start in a new city, but the same county.
“We were actually looking outside of Harrison County, but we’re glad to be here,” said Hart. “There is excitement again, and I can’t wait to get started.”
To see the menu and learn more about Hart Kitchen, visit their Web site. You can find it by clicking HERE.
Editor's Note: Top photo shows Chef Anne Hart, while the next four photos are some of the wonderful creations from Provence Market that may very well show up on the menu at her new establishment.