By Connect-Bridgeport Staff on November 13, 2020

Leaders with the West Virginia Department of Transportation announced that a new exit ramp has opened at the I-79 Exit 99 project in Weston, marking a significant milestone in this major Roads To Prosperity project.
On Monday, Nov. 9, construction crews officially opened the ramp to traffic exiting I-79 SB at Exit 99. 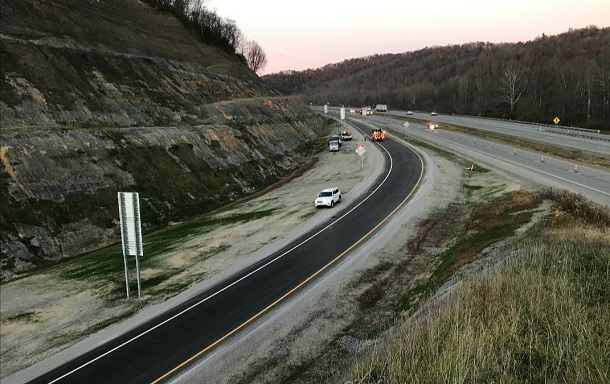 Two new signals are now in use on Route 33. One is at the bottom of the new southbound exit ramp and one at the bottom of the northbound exit ramp.
“This is yet another of the many significant improvements West Virginia motorists are seeing on their highways thanks to Governor Jim Justice and the extraordinary vision he had to create the Roads To Prosperity program,” said WVDOT Deputy Secretary Jimmy Wriston, P.E. “We have crews out in all 55 counties, working on major infrastructure projects and fixing our secondary roads, and this work is going to open the door for all kinds of new opportunities for people to live and work and commute in West Virginia like never before.”
Drivers will also notice that the northbound travel lane has been changed from the fast lane to the slow lane. This is now on the new portion of the northbound bridge. The old half of the northbound bridge is scheduled for demolition this winter, with reconstruction 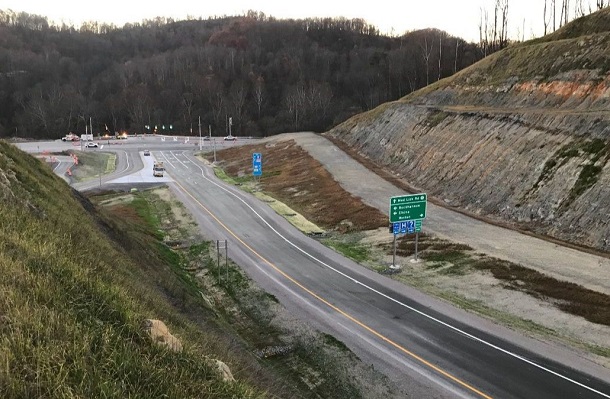 beginning Spring 2021.
“The driving public is seeing a lot of changes already, and we’re really excited about the improvements being made,” said Eric Lough, P.E., District 7 Construction Engineer.
Construction of the Ramp A bridge is approximately 75 percent complete. The bridge is expected to be completed by April 2021.
The grade work for Mudlick Road is complete. Base and asphalt placement are scheduled to begin in the summer of 2021. The existing tunnel will be abandoned in the fall of 2021.
The Exit 99 interchange rebuild is a General Obligation Bond project that provides for relocating, rebuilding, and making additional safety improvements to the southbound interchange (on and off ramps).
The project started in September 2018, when Gov. Jim Justice and the WVDOT announced the award of the contract to rebuild the southbound interchange of Exit 99. Vecellio & Grogan, Inc. of Beckley were awarded the bid for $24,103,865.78.
The project is expected to be completed November 2021.
Editor's Note: Photos show the new off ramp are courtesy of the State of West Virginia.